St. Moritz is known for it’s 360 days of sunshine.  With the odds in our favor, we arrived in sunny St. Moritz only to fall out of favor on one of its 5 annual rainy days.

Don’t get me wrong, St. Moritz is a lovely town with plenty of charm, but we were expecting nice weather, plentiful hiking, some time out on the lake, and plenty of city exploration.  What we got was gray, gloomy, misty, chilly weather.  We were staying at the Grand Kempinski Hotel des Baines , and they sent a car to pick us up at the train station upon arrival, as the hotel was located slightly outside of the main part of town.  Our driver remarked that we had very bad luck on our visit, as it was so rare to experience this kind of weather!  All was well in the end, as this was by far the glitziest hotel of our stay, so they had a full gym, great room service, a huge room, and plenty of amenities to keep us happy. 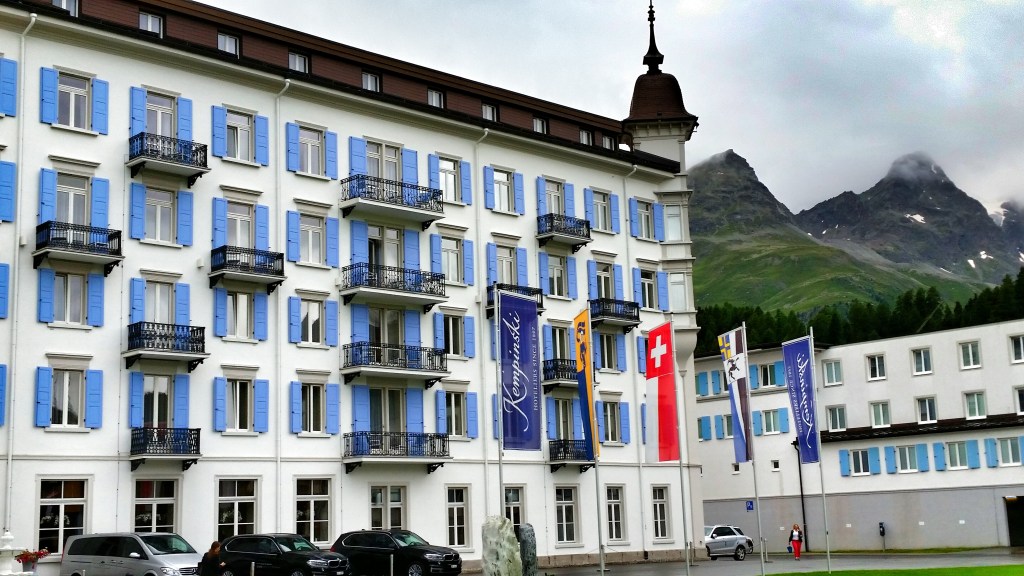 We were greeted in the lobby with Champagne, shown to our room, got settled in, then pulled out the umbrellas to go get a feel for the town.  St. Moritz is well known as a ritzy, expensive city, a magnet for celebrity vacationers, and plenty of upscale shops.  Not exactly our type of town, but we wanted to see what it was all about.  The town was not without its charms, and we enjoyed a misty walk around the lake with great views of the city. 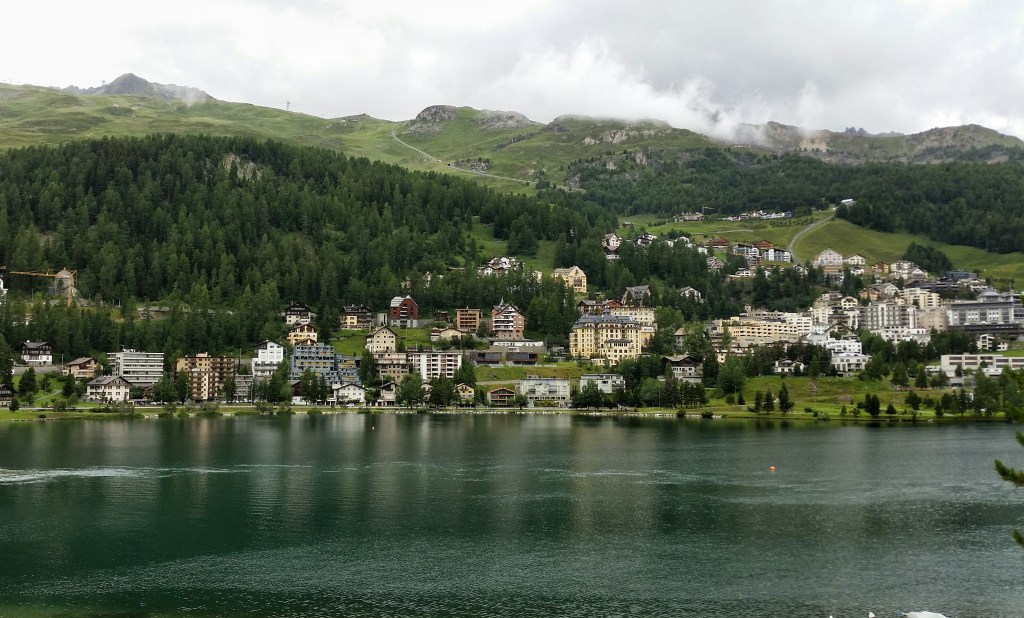 Though our original plans had us doing a mountain hike just outside of the town, the weather altered those plans, and instead, we found some nice little trails through the hills and woods closer in to town. 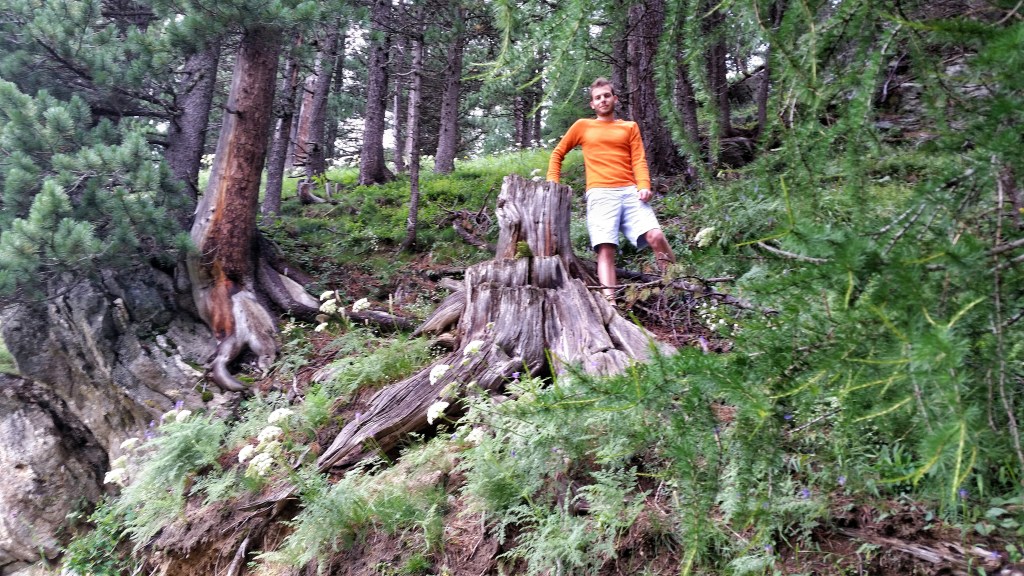 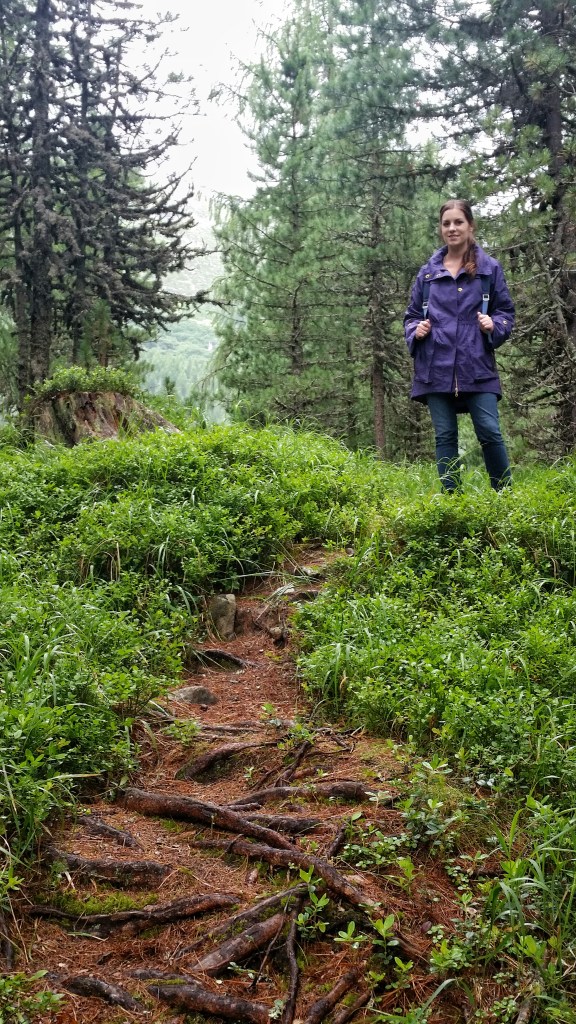 After a short jaunt through the forest with some nice lake views, we decided to call it a day, and treat ourselves for what was likely to be our only non-active day of the trip.  We headed back to the hotel, ordered room service, stretched out, and watched shitty movies and German speaking television for the rest of the evening.

The following morning, we boarded the Glacier Express, which, despite having “Express” in its name, is a slow, 8 hour train journey through the heart of the Swiss Alps, en route to Zermatt, at the base of the famed Matterhorn.  If you’re unfamiliar, the Matterhorn is the lovely claw-like peak prominently featured on packages of Toblerone.

Today was our tenth wedding anniversary, and we had read that rather than paying exorbitant amounts of money for the meal served on board the train, we were completely free to bring our own food and beverages aboard to enjoy at the table that sat between our two seats.  We stopped at Coop, the major grocery chain of Switzerland, and picked up some local delicacies including wine, cheese, fruit, and bread.  It made for a lovely train ride.  The views?  Surreal. 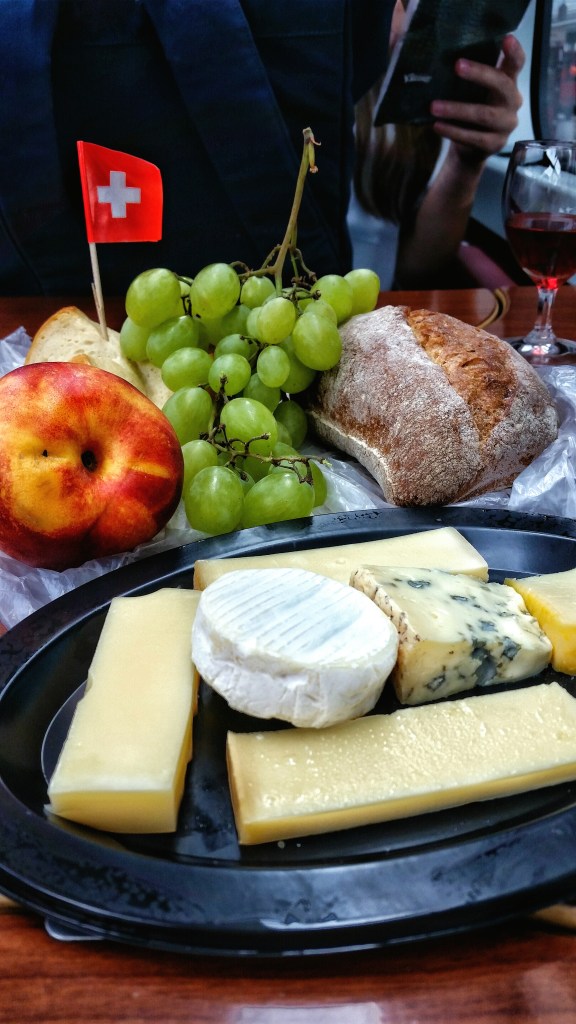 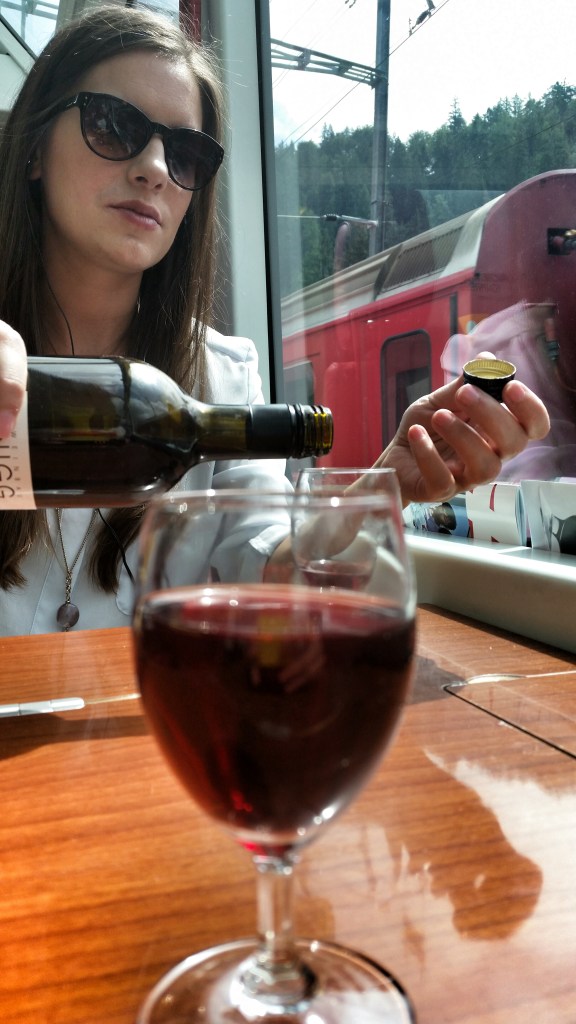 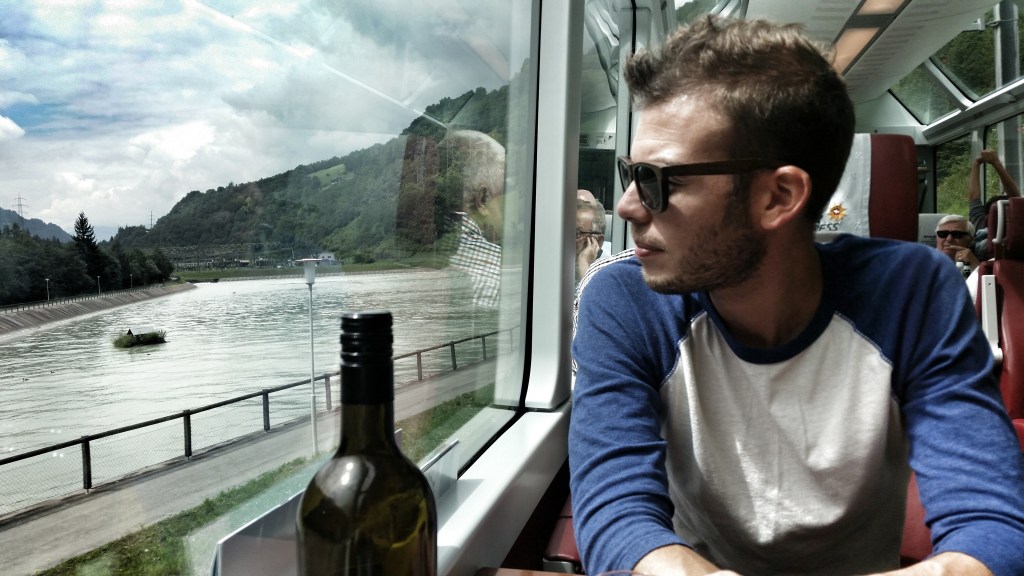 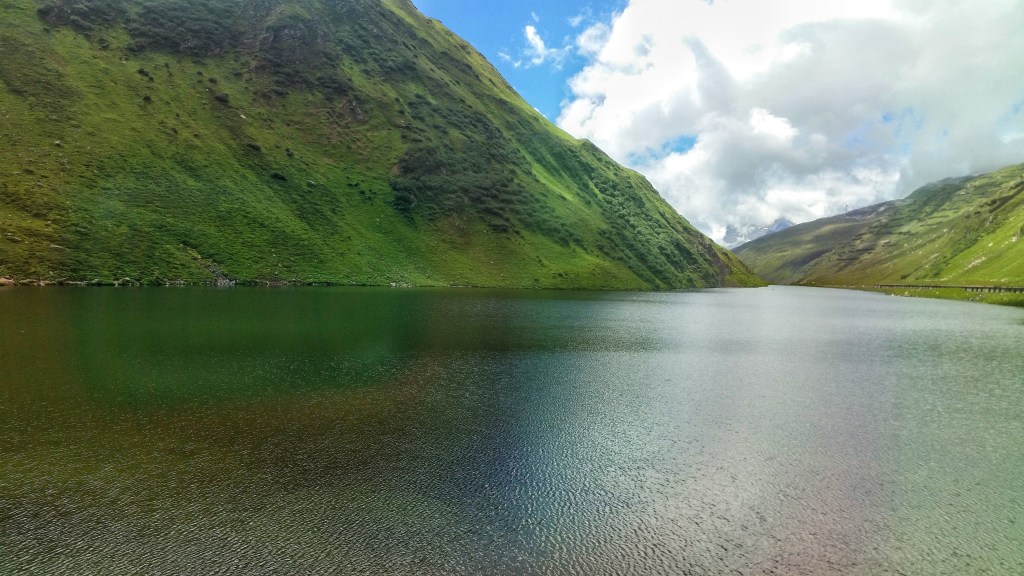 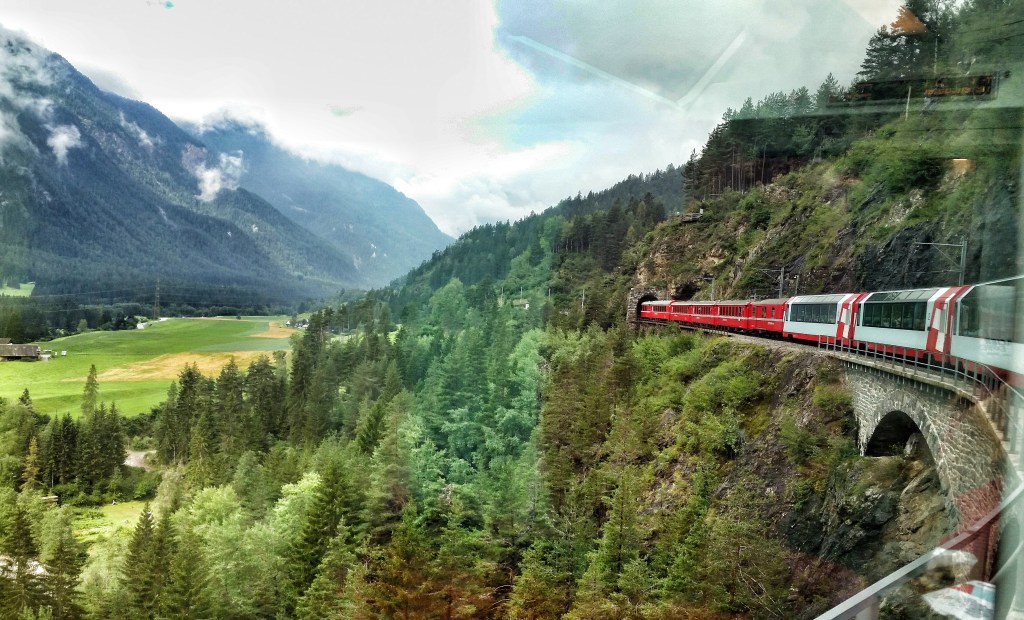 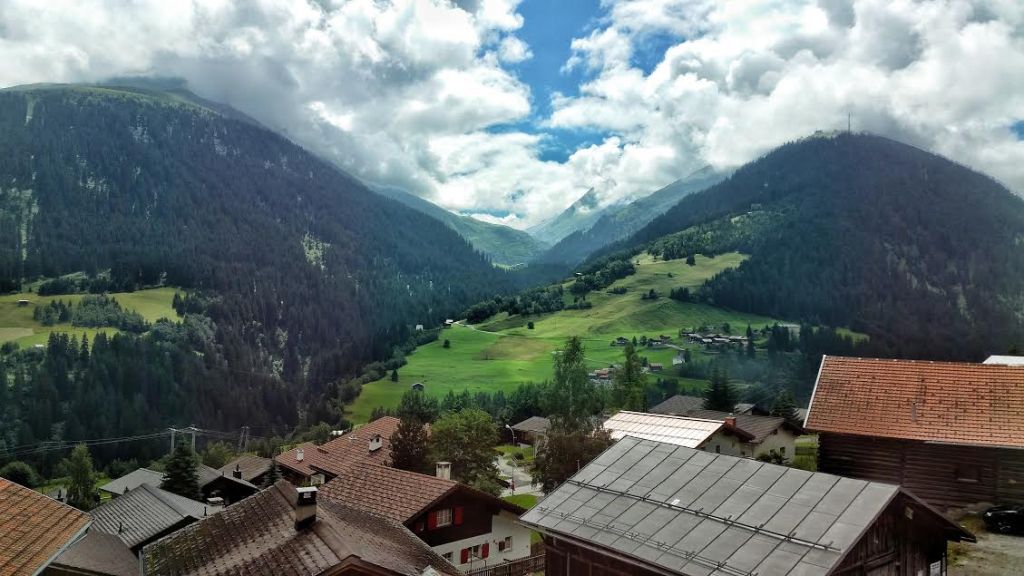 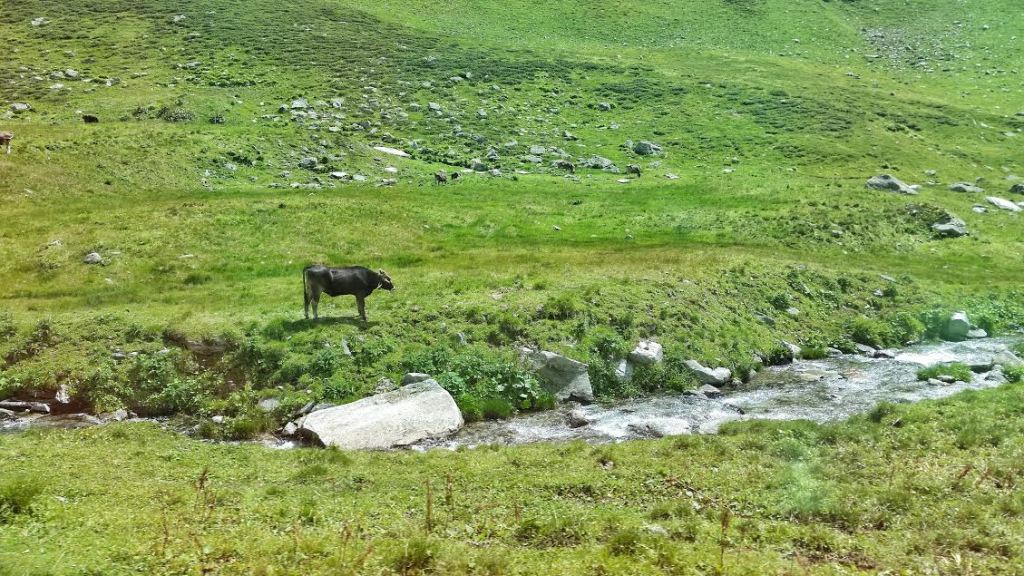 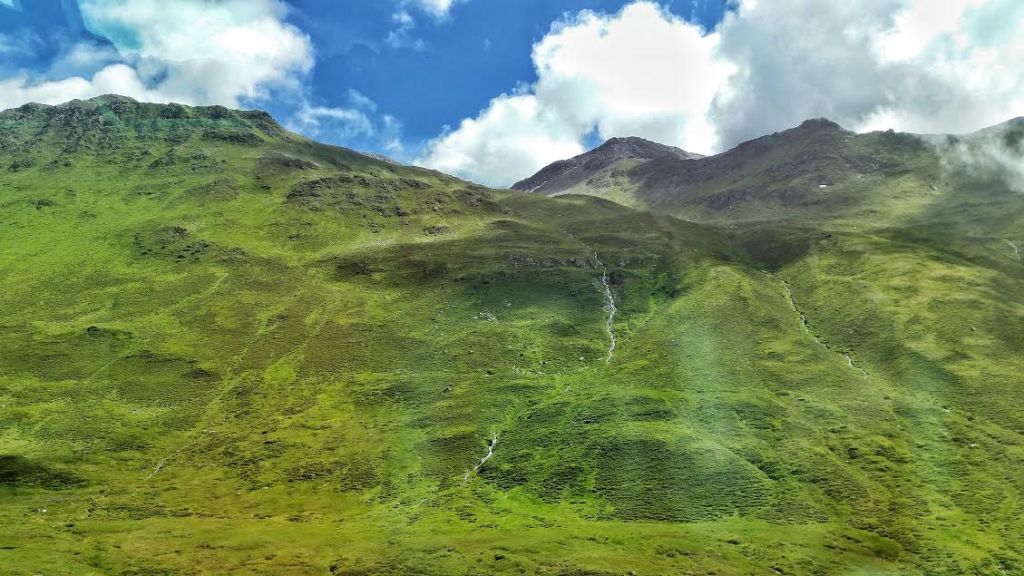 Strangely enough, our kindly neighbors on the train turned out to have graduated from Texas A&M, and were the perfect seat mates.  They were nice enough to take a photo of us. 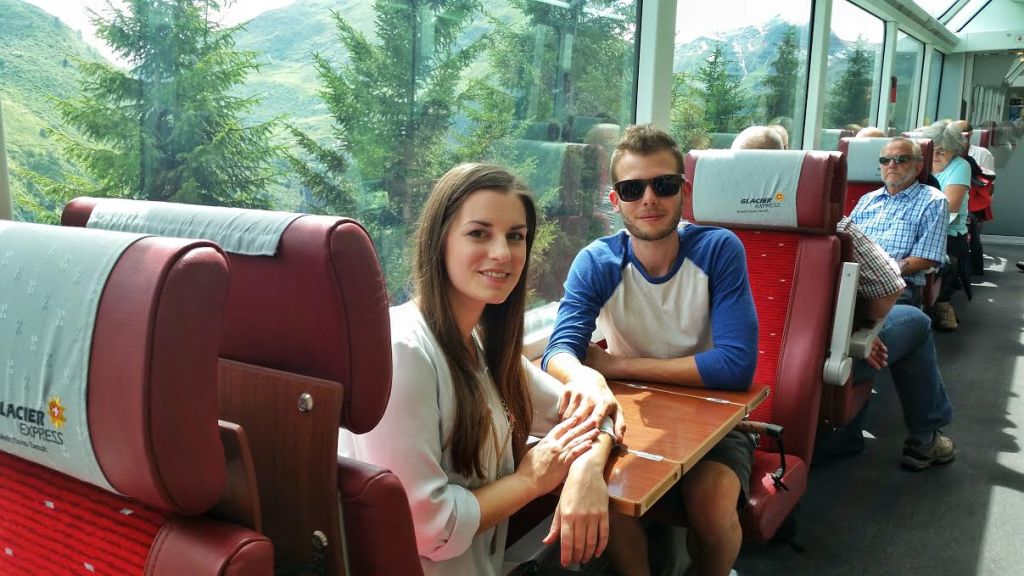 The ride was spectacular, but nothing could have prepared us for what awaited us in Zermatt, what would ultimately become our favorite place in Switzerland, and dare I say it: The entire world!