A full week of adventure awaited in the heart of the Canadian Rockies.  This was not going to be a relaxing vacation.  The intention was to go full throttle, with not a moment wasted in the brief seven days we would be there.

My friend Charlie and I arrived in Calgary on Saturday morning.   Rounding out the crew was our friend Jeff, who wasn’t due to arrive until a few hours after Charlie and I, so we had a bit of time to kill.  Naturally, our first order of business was to get lunch at a Tim Horton’s.  We also knew we needed to have some bear spray – we would be spending a good deal of time in grizzly and black bear country, so we felt it wise to have a first line of defense, just in case.  I had read online that the best place to purchase bear spray was at Canadian Tire.  Being wholly unfamiliar with the place, I pondered why a tire store would sell something as unrelated as bear spray.  After a cheap and very Canadian lunch at Tim Horton’s, we stopped in to a Canadian Tire, where I was completely blown away by the insane diversity of goods sold.  Far and away from just being a tire shop, we found that they sold everything from weapons, clothing, food, diapers, camping gear, toiletries, lawn equipment, tools, and just about anything else you can imagine.  Think amazon.com, but in physical store form.  Bear spray:  acquired. 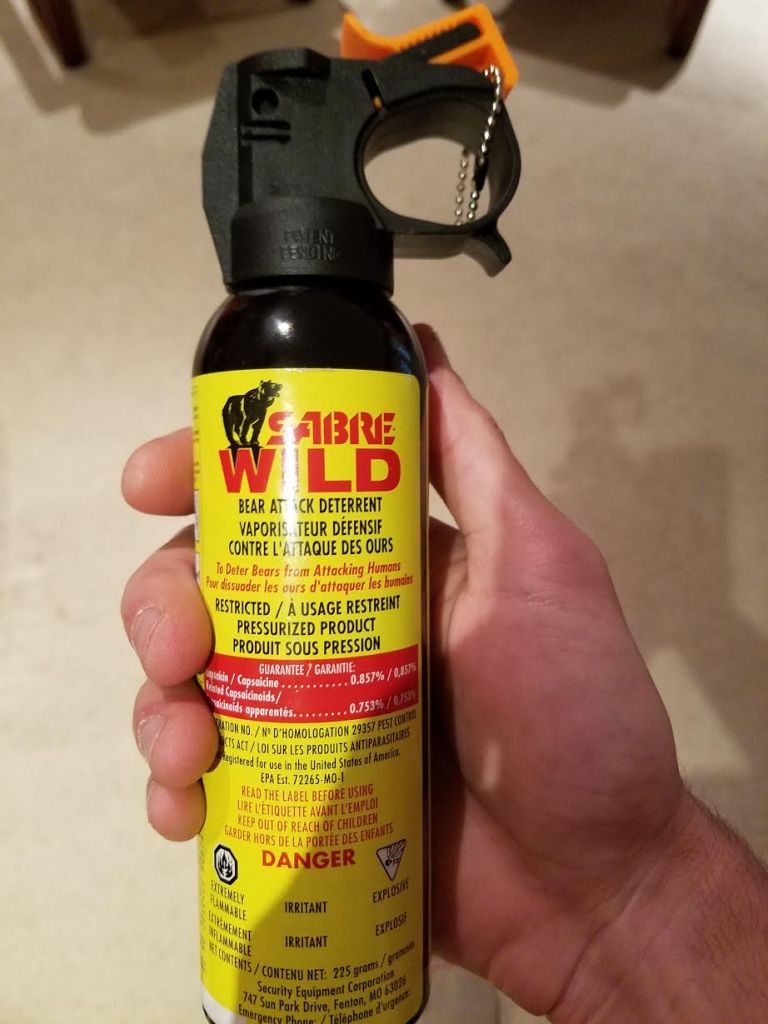 If you’re unfamiliar with bear spray, as I was a few weeks prior to our trip, it is not in any way similar to mosquito spray.  You definitely do not want to spray this on yourself to repel bears.  This is basically extremely concentrated mace, which you would theoretically spray directly into the face of an attacking bear.  This was one purchase we were hoping would be a complete waste of money.  After having watched “The Revenant” a few weeks prior to the trip, and then again on the flight to Calgary, it was a must buy.  After reading much about bears and bear attacks in the lead-up to the trip, I declared myself our resident “bear attack expert”.  It’s important to make noise as you hike, since the last thing you want to do is sneak up on a mother bear with her cub or catch it by surprise.  In the event of an actual encounter with a wild grizzly, the advice is not to run, as the bear is likely to give chase, but rather to be assertive and talk loudly to the bear.  (“Hey Bear!”)  Failing all else, you spray the beast right in the face with your bear mace, or just hope that one of your friends panics and makes a run for it, letting the bear chase after him while you safely continue onward.  All kidding aside, bear attacks are exceedingly rare in this region.  A little common sense and knowledge will go a long way in ensuring that you protect both yourself and the bears who call this area home. 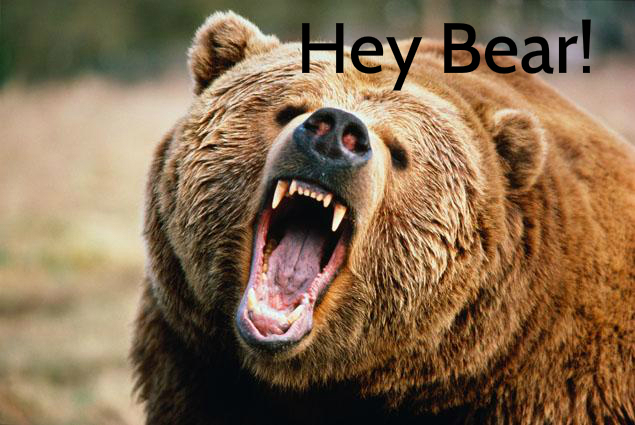 After stocking up on some essentials (Molson Canadian, ketchup chips, bear spray, and a cooler) and picking up Jeff from the airport, we headed to our first destination in Banff.

Banff is a pleasant enough village, though probably the most tourist heavy area in the Canadian Rockies.  We weren’t particularly impressed with the town itself, but the surroundings were a spectacular introduction to the grandeur of the Rockies for us, and served as the perfect jumping off point for our first few days of adventure.  Our base was at the charming Rocky Mountain Bed and Breakfast on Otter Street, just a couple blocks from the main drag of Banff town center.

From my bedroom window, I had amazing views of Tunnel and Rundle Mountains. 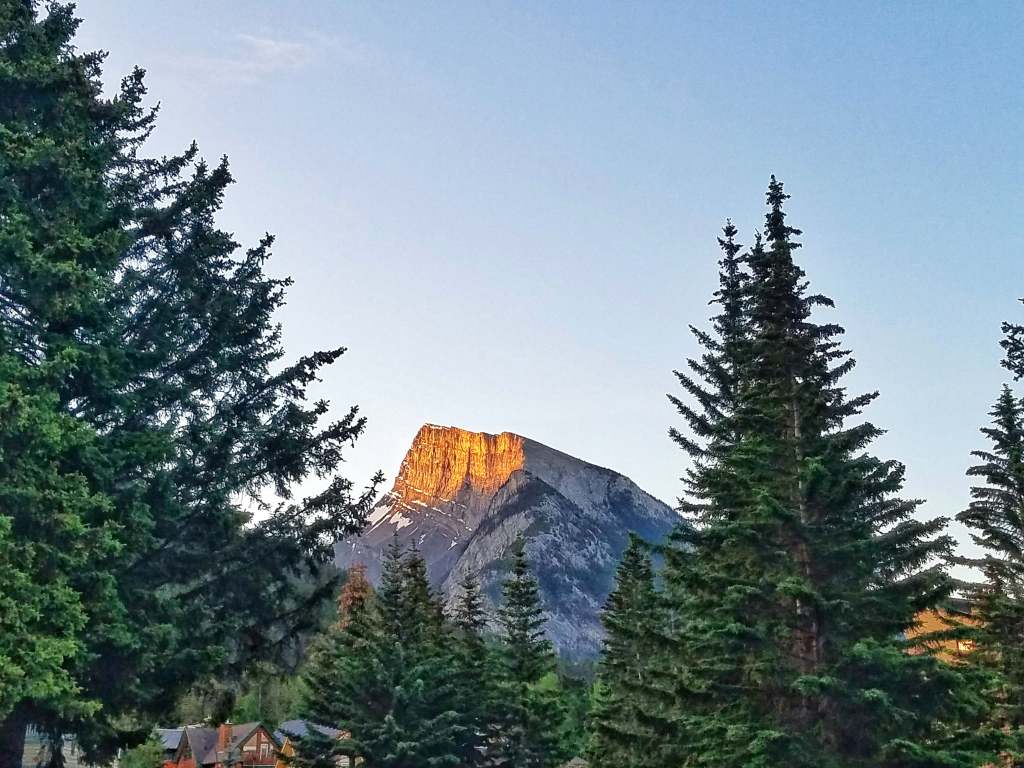 After checking in, we set out to get a feel for the lay of the land, and there was really no better way to get your bearings on the location than driving up Mount Norquay.  After driving up a few switchbacks, we arrived at a small parking area off the side of the road, and just over a low rock wall was a clearing with a jaw-dropping view. 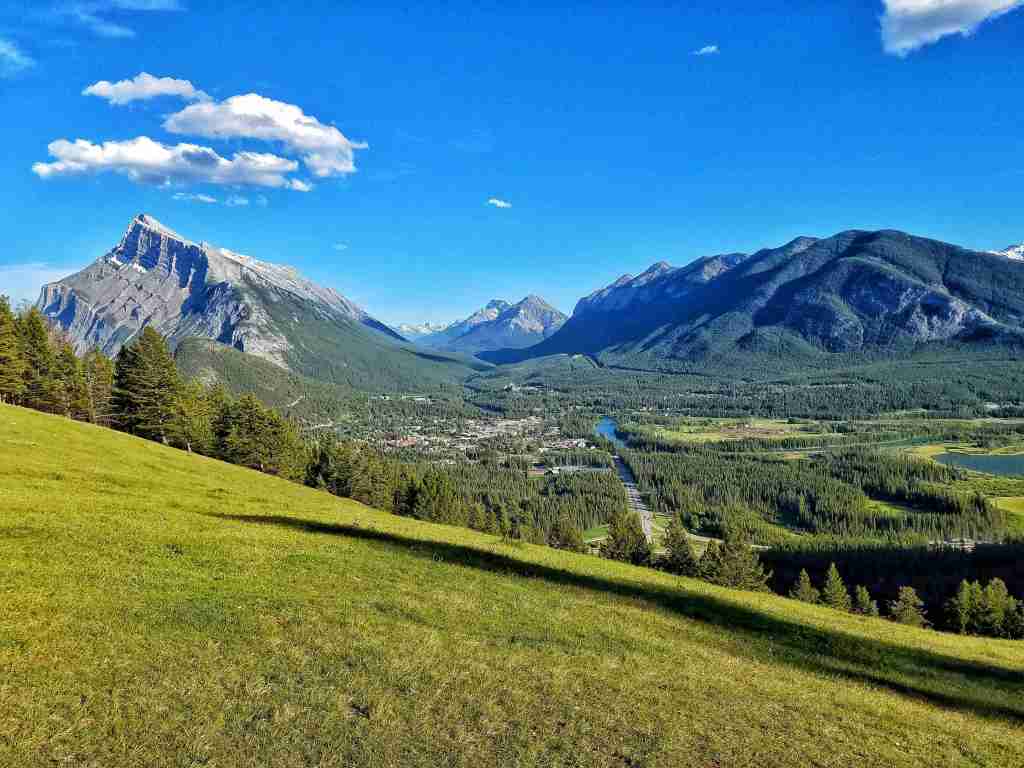 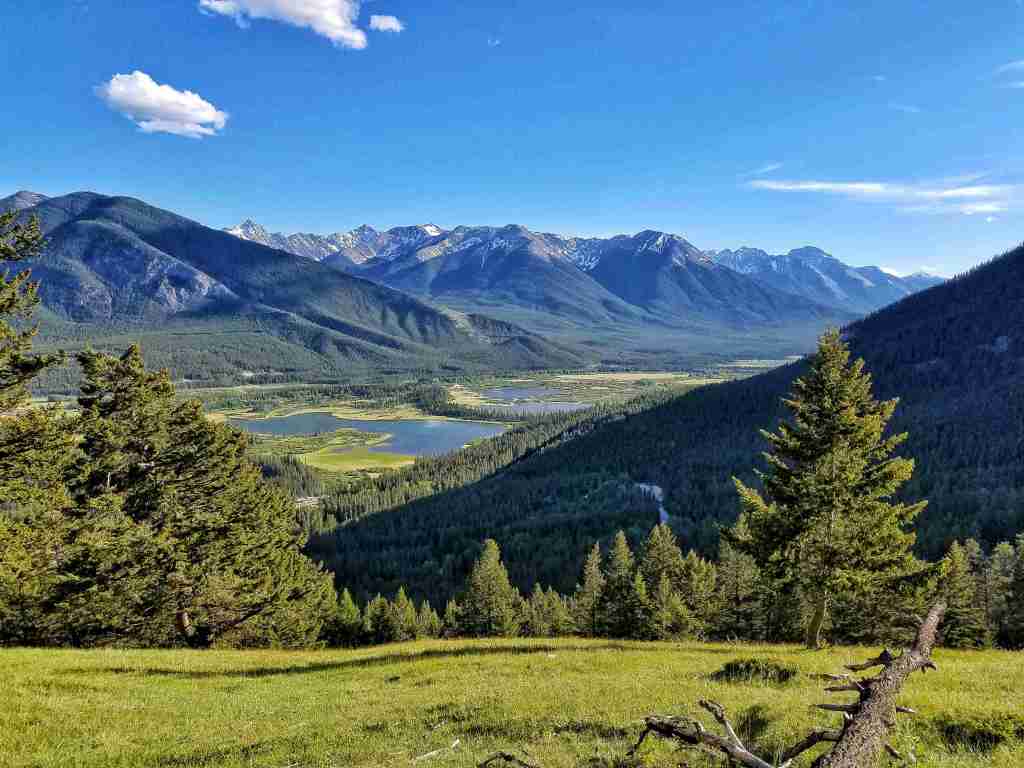 From here we got a birds-eye perspective of Banff, and the endless vistas of snowcapped mountains and lakes of the Bow Valley.  In the above photograph, the bodies of water you see in the valley are Vermilion Lakes, which were our next destination.  Once we came down the mountain, there were plenty of signs directing you toward Vermilion lakes, and it was a pleasant drive on which we were able to make many stops to  admire the views and take photos. 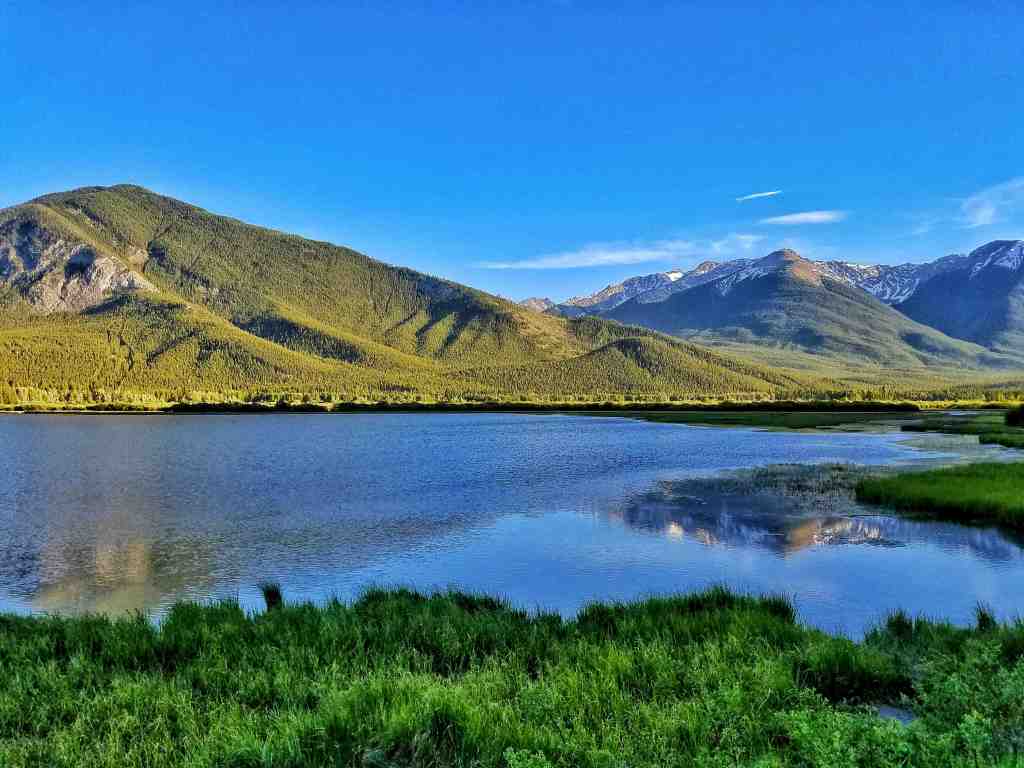 A few recommendations I can make for things to do while in Banff:

If you don’t mind crowds (this is definitely not a sleepy mountain village), Banff is a great location to use as a jumping off point for some incredible day trips very nearby, such as Lake Louise