Our trip was sadly coming to a close.  For our flight itinerary, we had what’s known as an open jaw, which is where you fly into one airport, but depart out of a different airport.  We decided to depart out of Geneva rather than backtrack to Zurich so we could see a bit of the French speaking region of Switzerland.  Though we only had one day and a night in the area, we wanted to make the most of our remaining time.  We hopped on a train at Interlaken Ost station and departed the towering peaks of the Bernese Oberland and headed toward the rolling foothills of the Alps.  First stop: Montreux.

One of the first things you notice as the train begins to get closer to Lake Geneva are the endless hills of grapes. 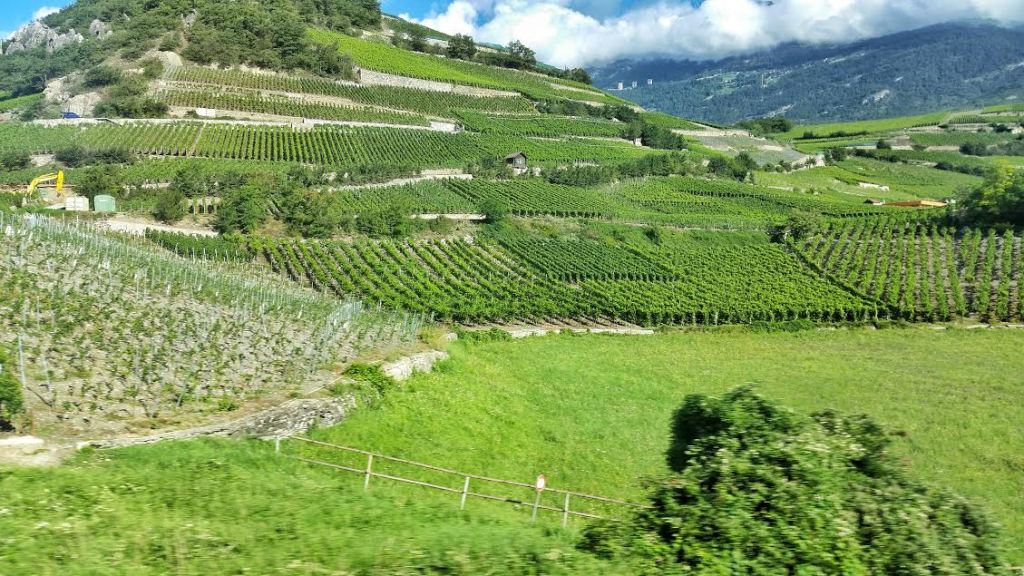 We arrived in Montreux to what was probably our best weather day of the entire trip.  The sun was out in full force, the temperature warm, there were virtually no tourists anywhere.  After debarking the train, we stored our luggage in a locker at the station and set out for the nearest grocery store to grab some picnic items.  We then continued onward to the beautiful path that meanders along Lac Leman, lined with flowers and gorgeous views of the blue waters of the lake, with France visible just across the way.

We were soon greeted by a familiar face, none other than Freddie Mercury himself. 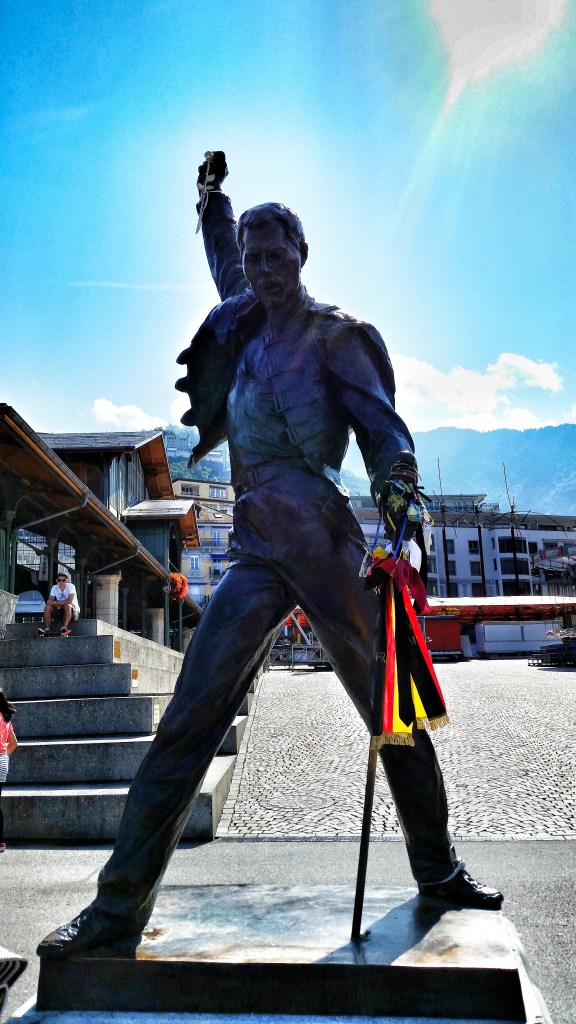 Freddie was said to be a big fan of Montreux and recorded his final album in the city.  This statue has him eternally facing the lake.  Apparently, fans frequently stop by and pay tribute with various trinkets and flowers.

Our destination was Chateau Chillon, an ancient castle in which you are able to freely roam throughout unguided, which sounded pretty appealing to me.  As we enjoyed our stroll along the lakeside, we eventually caught sight of the castle in the distance, and found a great place to stop and eat our lunch with the castle in the background. 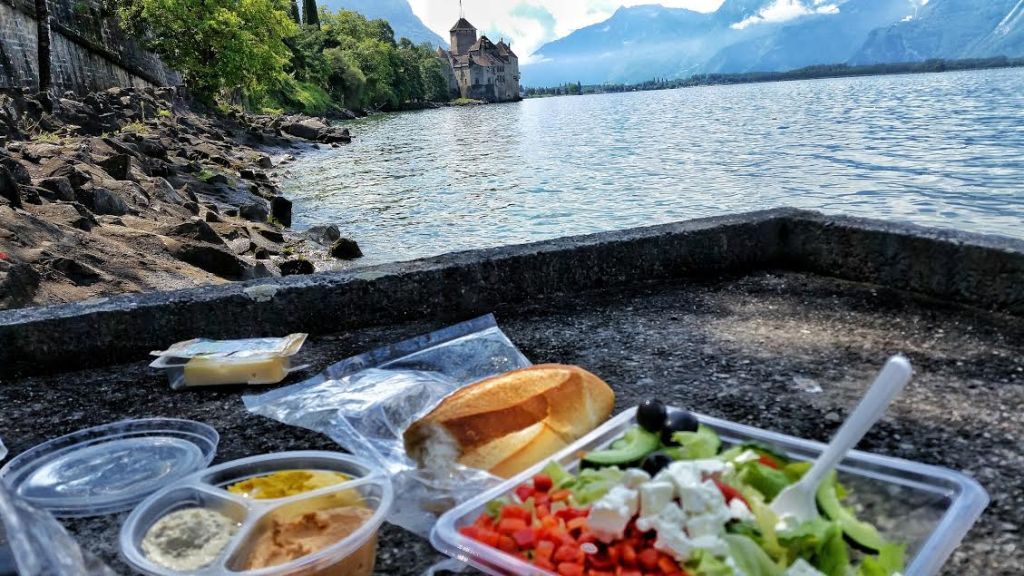 Just before we got to the castle, we found a small, rocky beach right at the foot of the structure that we had all to ourselves.  We must have sat there for 30 minutes just taking it all in, having a great time skipping stones across the lake. 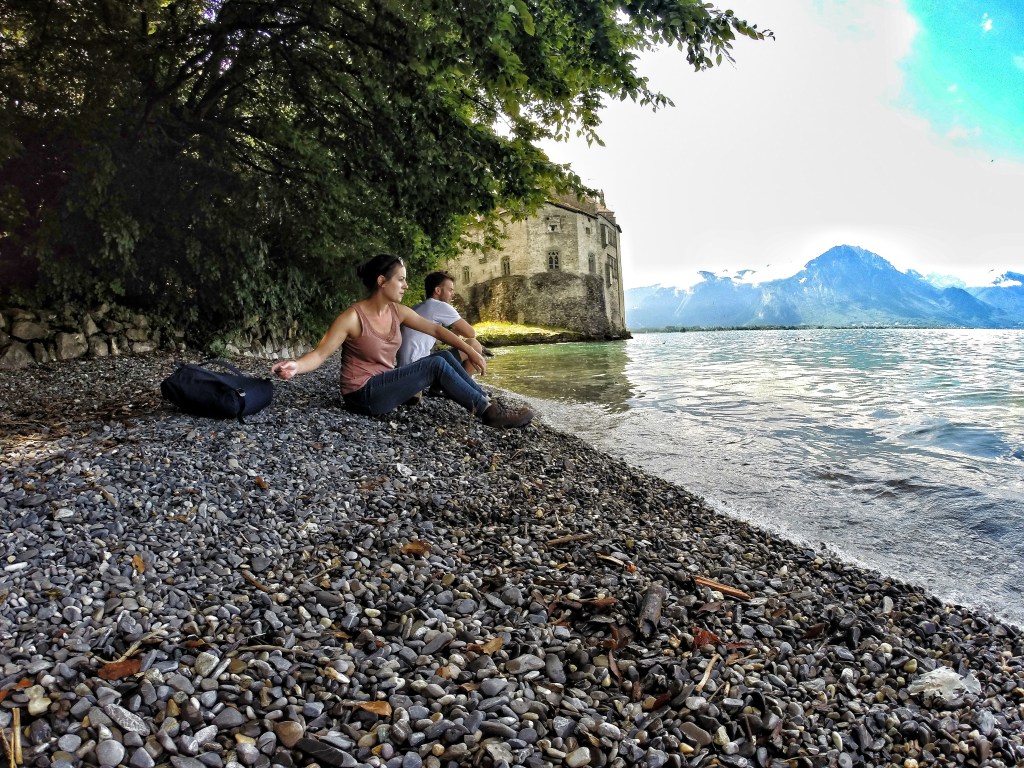 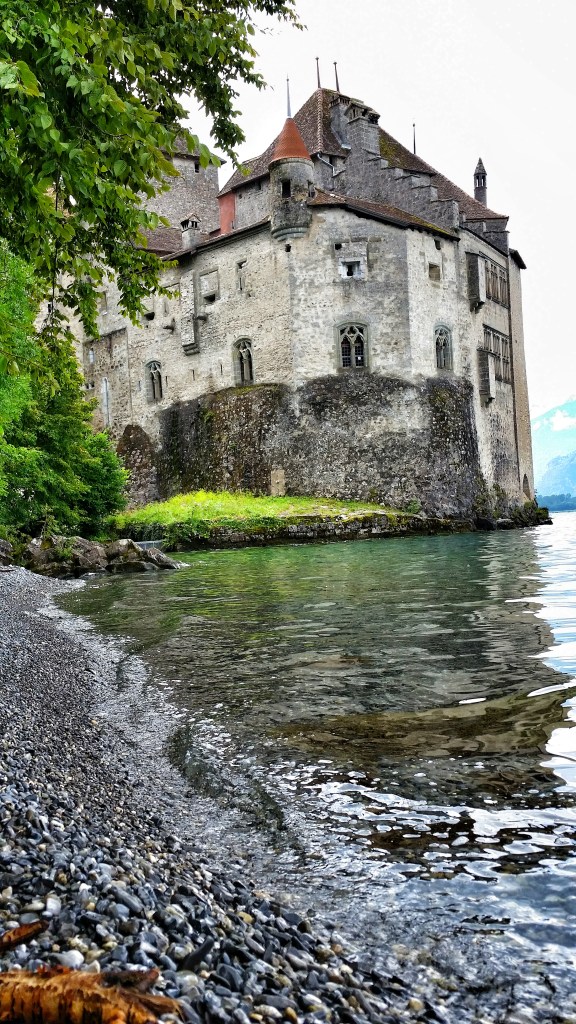 Wandering through the castle unaided was really cool.  Christina got the audio tour by paying a little extra to rent an ipod, which she really thought added a lot to the experience.  I was happy just looking around at old shit. 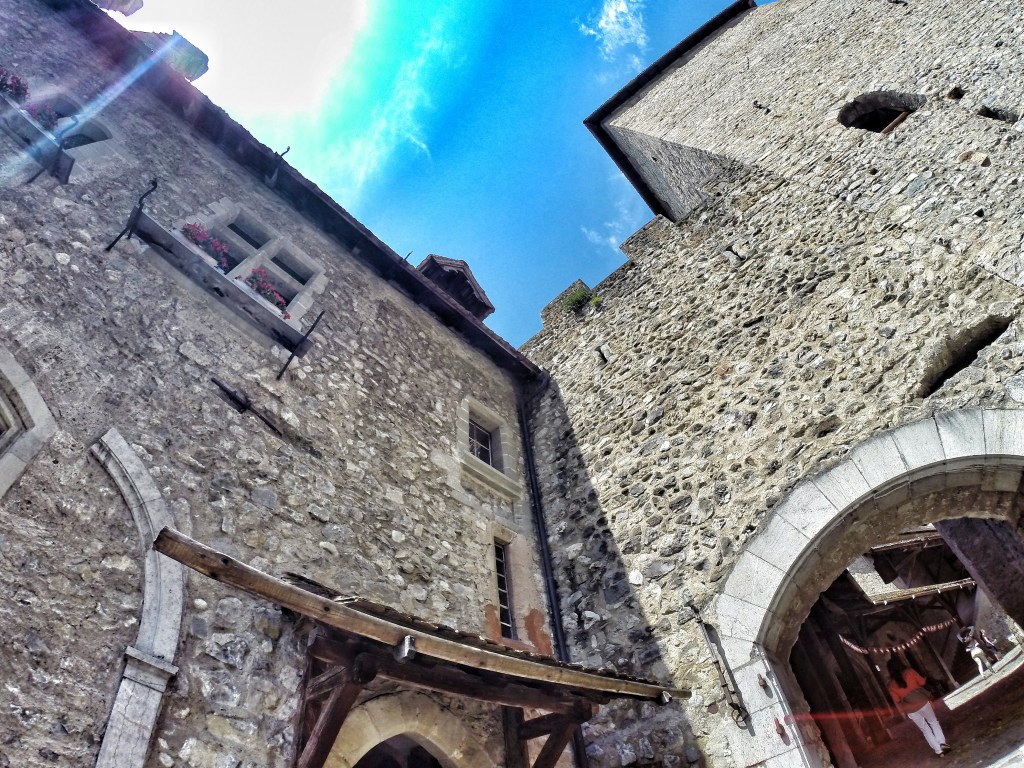 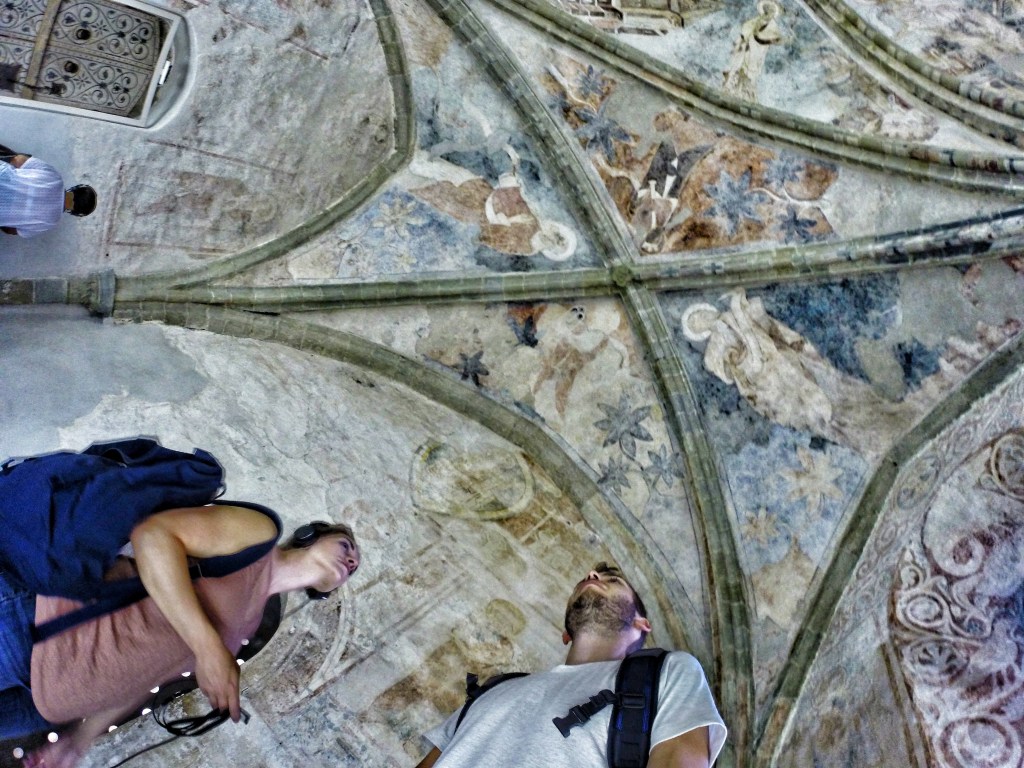 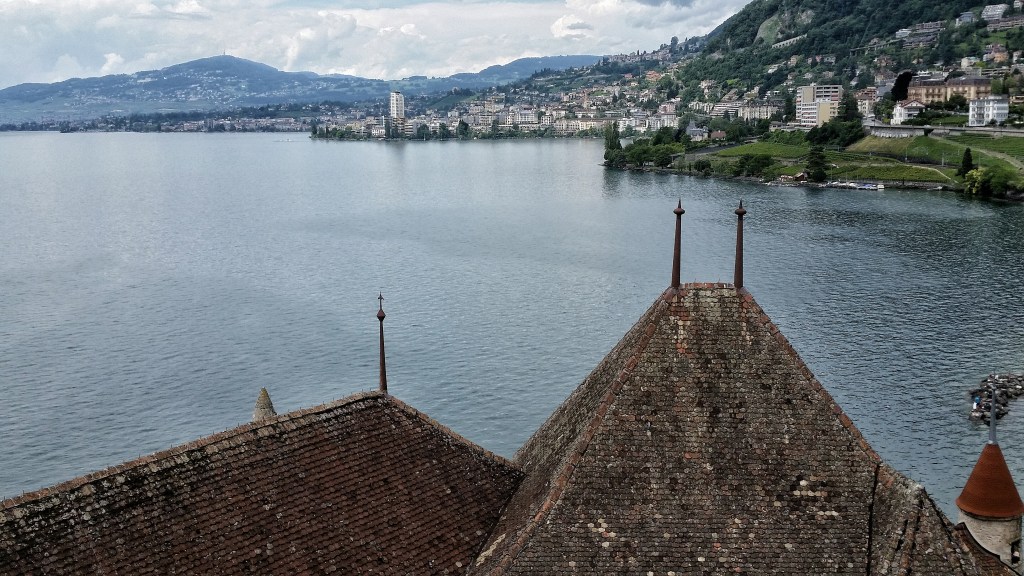 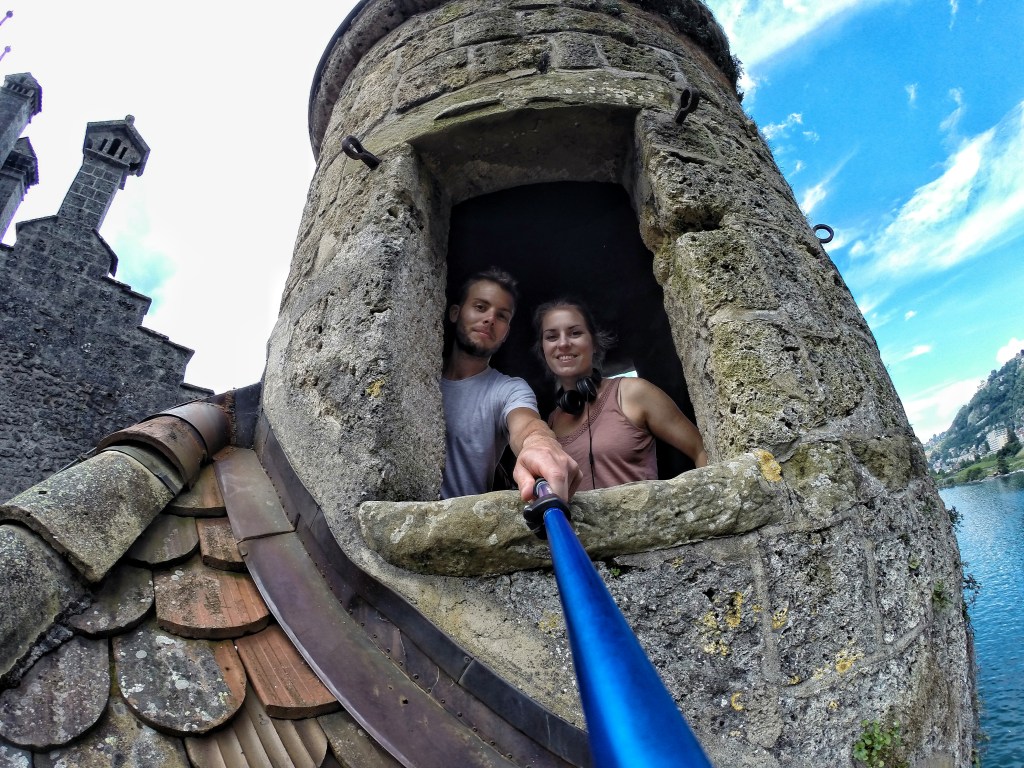 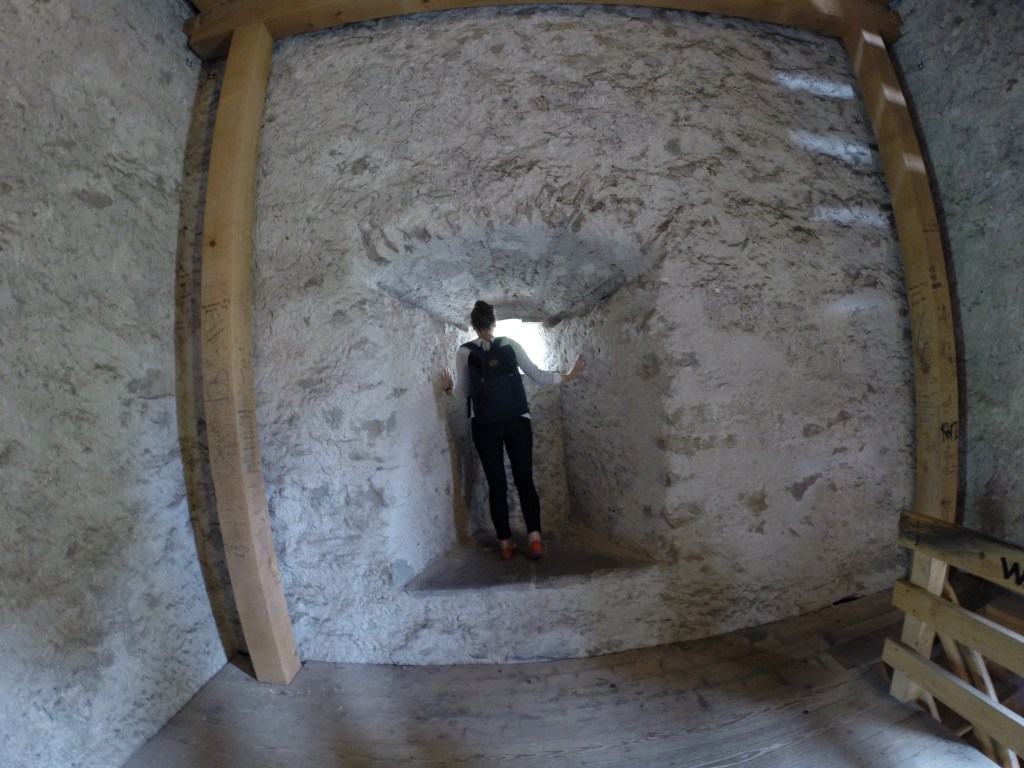 We spent about 2 hours or so at the castle, then took the bus back to Montreux rather than walk back along the same path we took to get there.  We hopped back on the train and took the short ride into Geneva, where we would be staying for the night.  At the risk of offending some of my Swiss readers, we were not terribly impressed with Geneva itself, and kind of wished we had maybe stayed in nearby Lausanne instead.  We did eat some very tasty crepes while we were there, and wandered around a charming waterfront fair that was going on at the time.  Also, I thought the Jet d’eau was pretty cool. 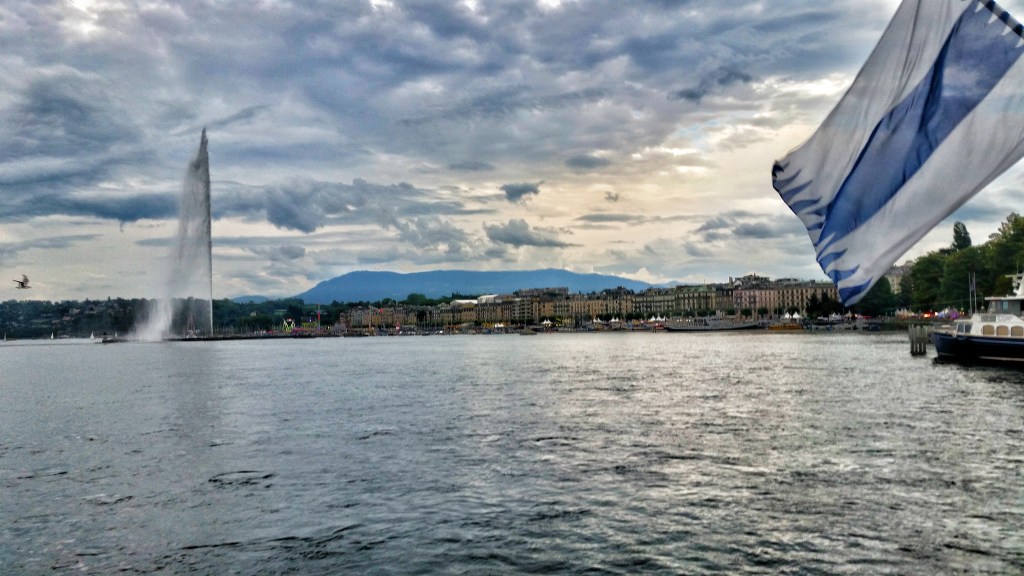 I don’t have a whole lot to say about Geneva, as we only had about a half day in town.  We started walking toward the old town, but a sudden storm caught us off guard and we instead rushed back to our hotel to have some beers and unwind in preparation for our departure the following morning. 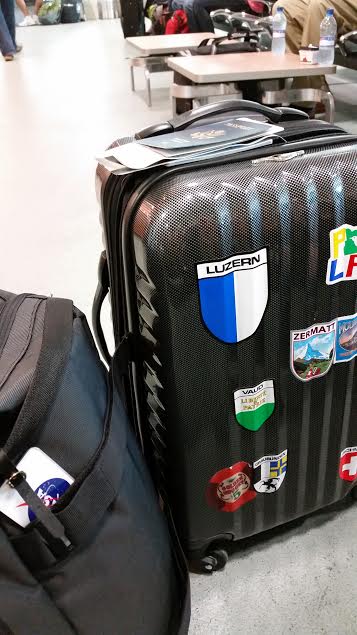 My luggage collected quite a few new stickers on our journey across the country.  Switzerland was like a dream.  I still find myself thinking about it regularly when I need a mental escape, reliving my favorite moments.  I found the Swiss to be very kind, accommodating, warm, and friendly in every canton we visited.  The mountain scenery was stunning at every turn, and the rail system was so impressive with its efficiency (trains arrived on time to the second!)  I put together a video of our trip, check it out!