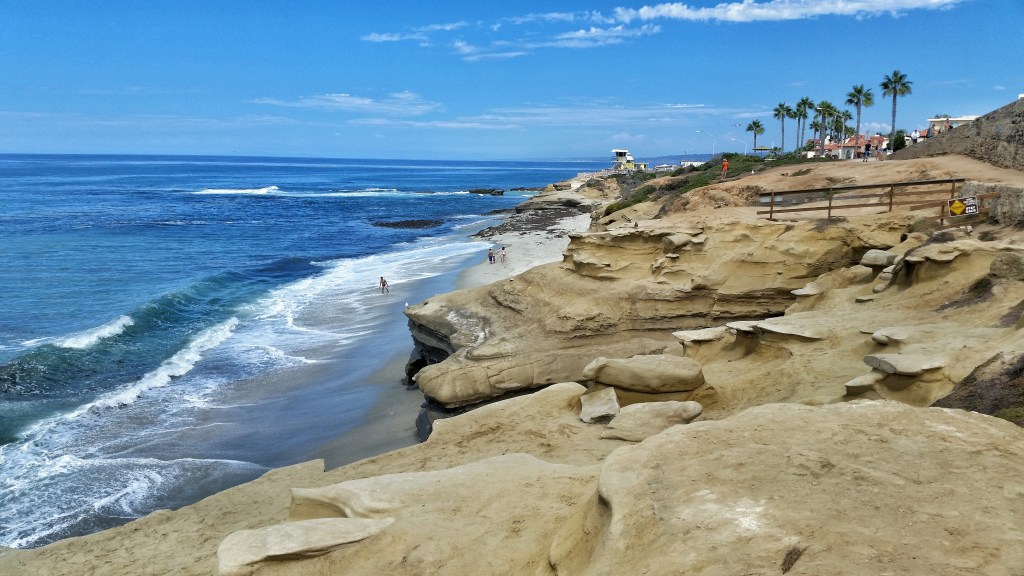 After spending a day in San Diego’s Gaslamp district, which was certainly not without its charms, La Jolla was a welcome reprieve from the more urban feeling of this particular part of the city.  Far removed from the huge skyscrapers and chain hotels, La Jolla is a more of a small, charming neighborhood of San Diego proper, with local eateries and boutique hotels.  We enjoyed the laid back pace of life in La Jolla over downtown San Diego, casually strolling along the dramatic coastline of intricately carved sandstone formations, forged by centuries of wave action and wind. 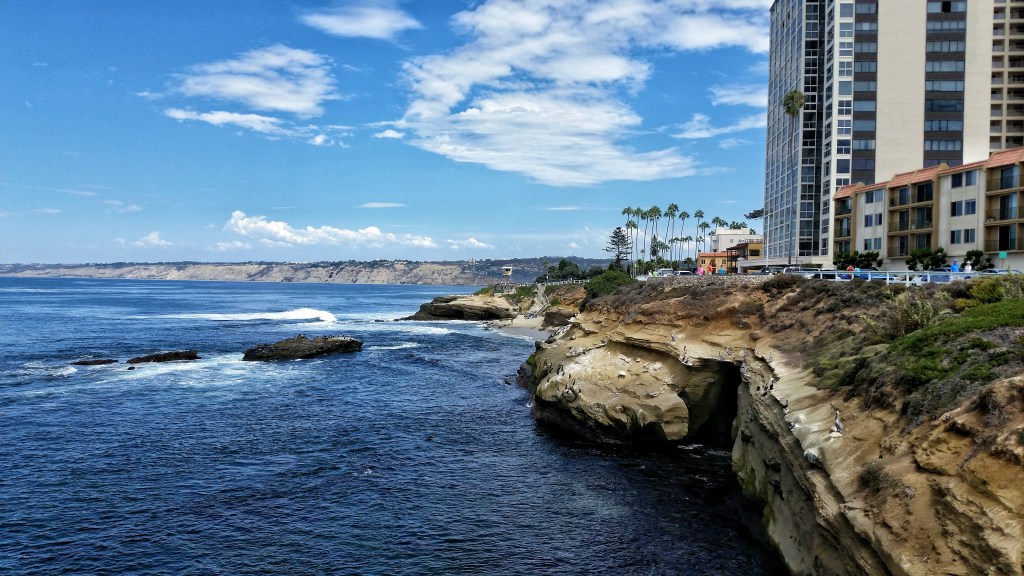 The cove of La Jolla makes for a visually impressive stroll, with various access points to sandy beaches here and there.  Doing the coastal walk trail is a great way to introduce yourself to the area, and a good way to kill an hour or two.  Plenty of great photo ops along the way. 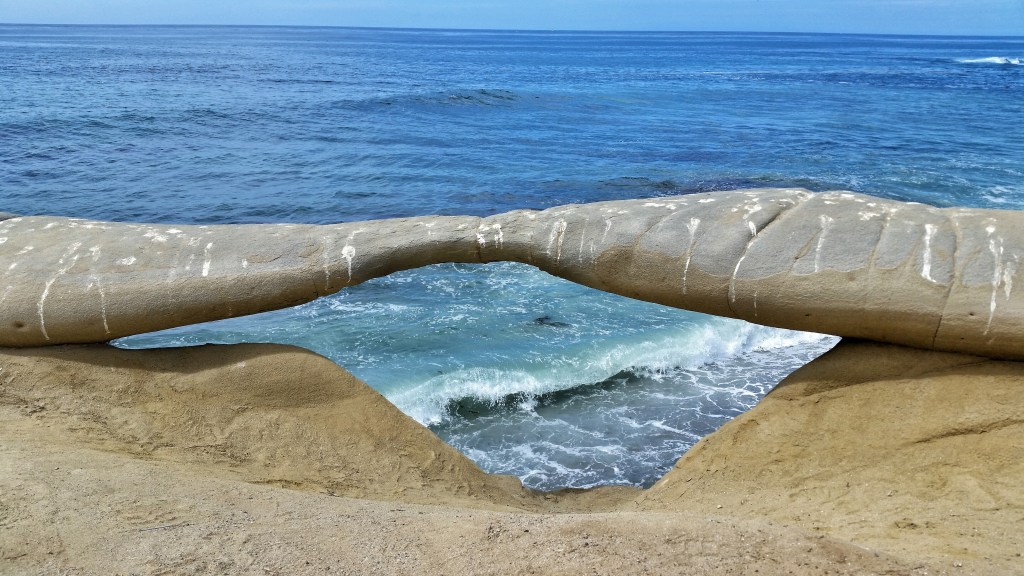 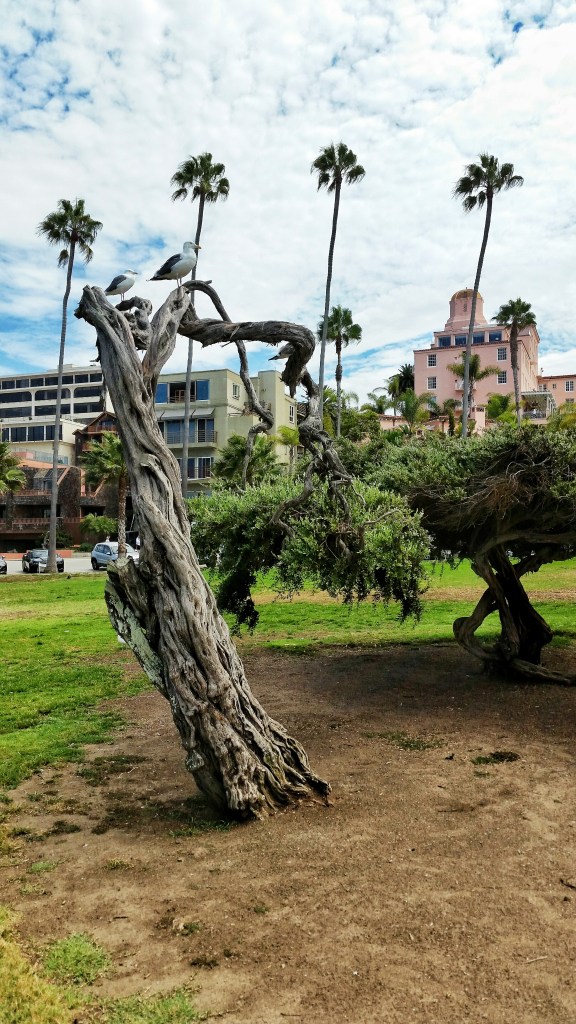 A tropical system meandering around in the Pacific not far away brought huge swells to the beaches of La Jolla, and with it wave riders of every ilk: surfers, skim boarders, and boogie boarders.  It was entertaining to watch the riders patiently wait for the perfect combination of 2 waves in short succession before running out toward them with their board, skimming across the water and gliding into a perfect wave ride. 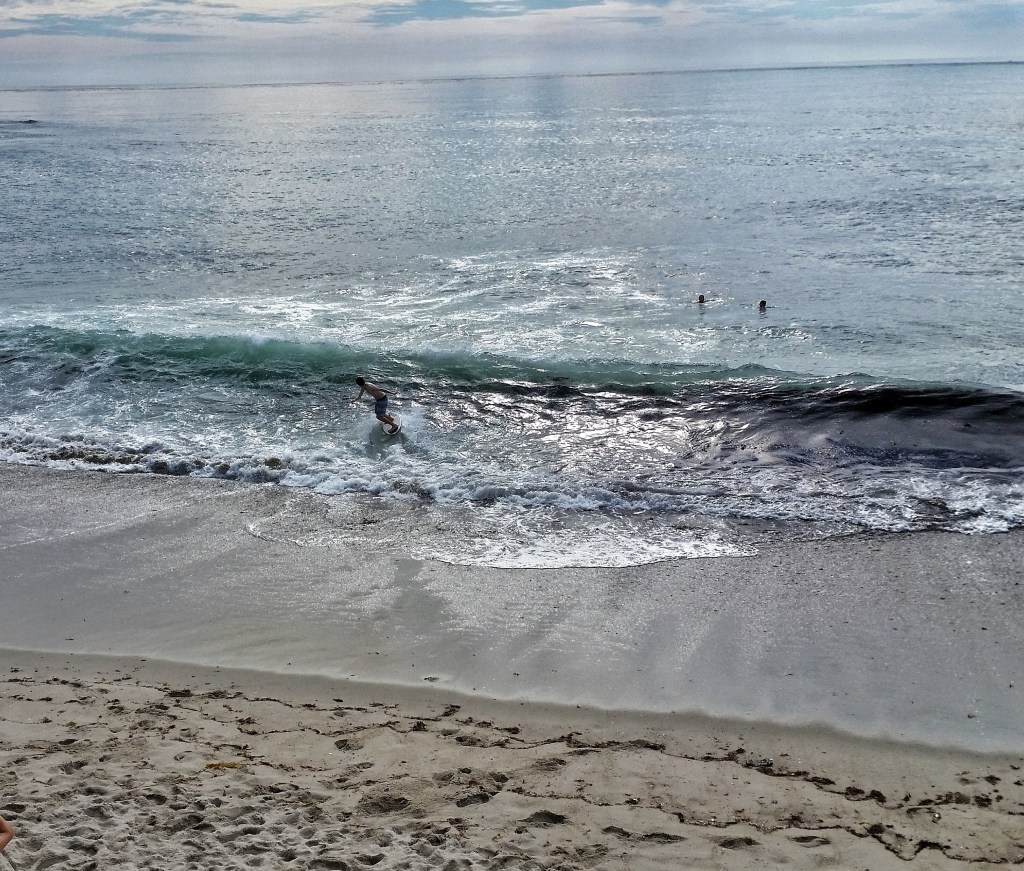 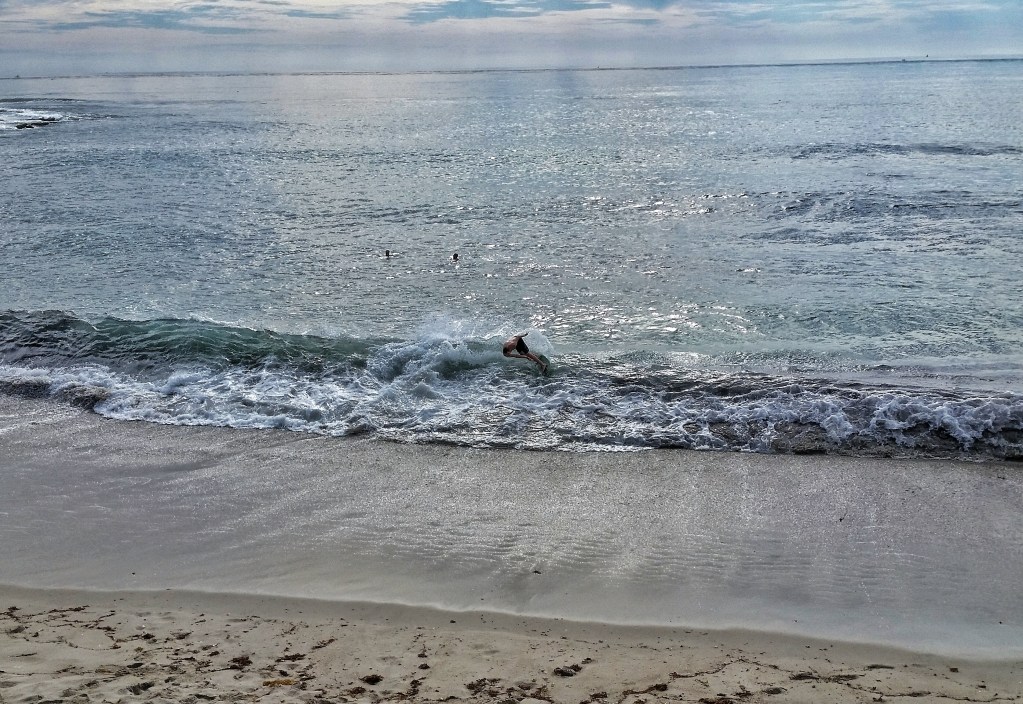 We also enjoyed a rather pleasant hike on the Razor Point trail in Torrey Pines State Reserve, with nice views over the pacific and naturally carved cliffside.  Paragliding from Torrey Pines Gliderport was on the menu, but unfortunately the lack of wind held a different fate for us on this day.  The hike made up for it, and though it was very hot, it was a great work out and gave us some amazing views. 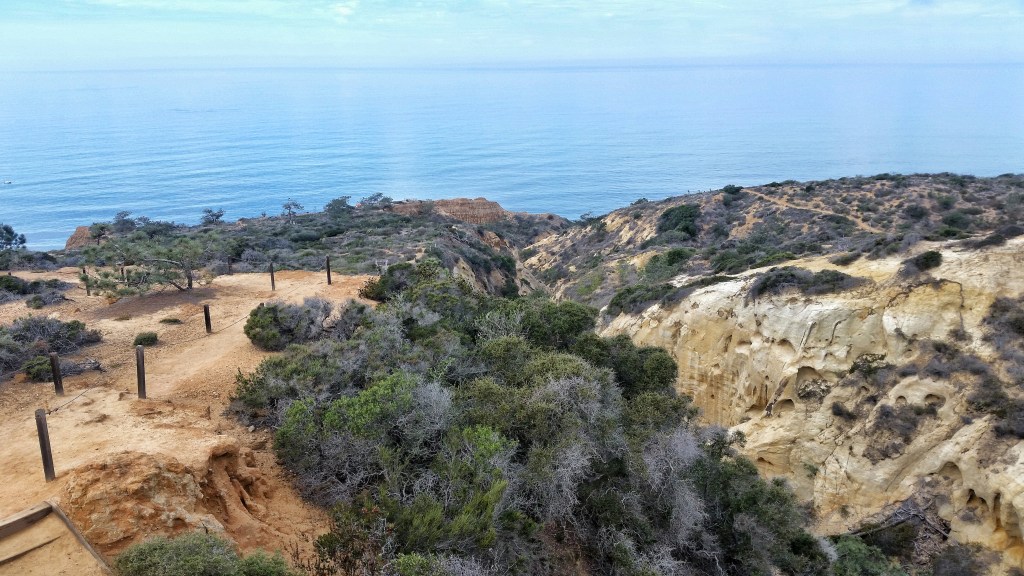 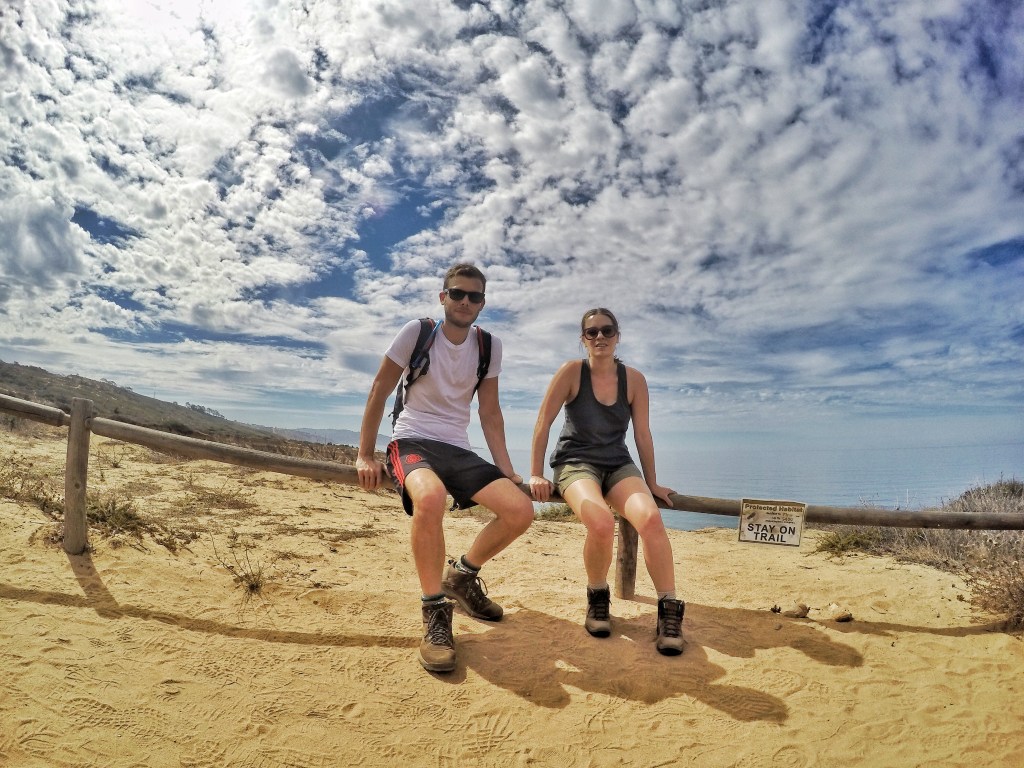 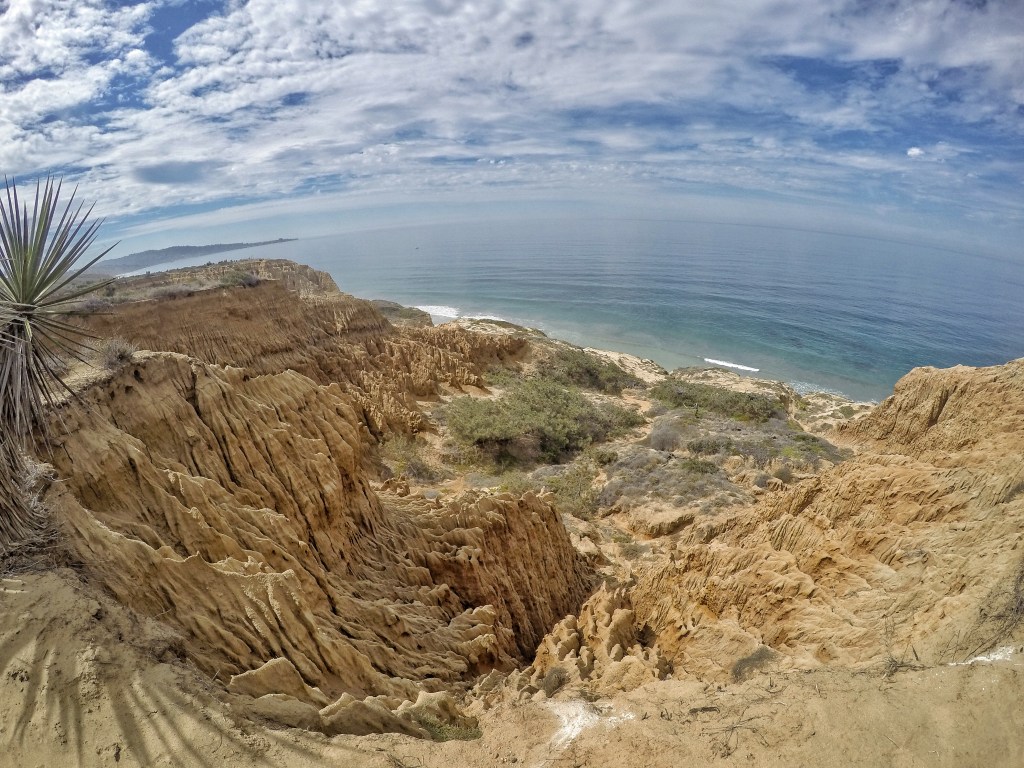 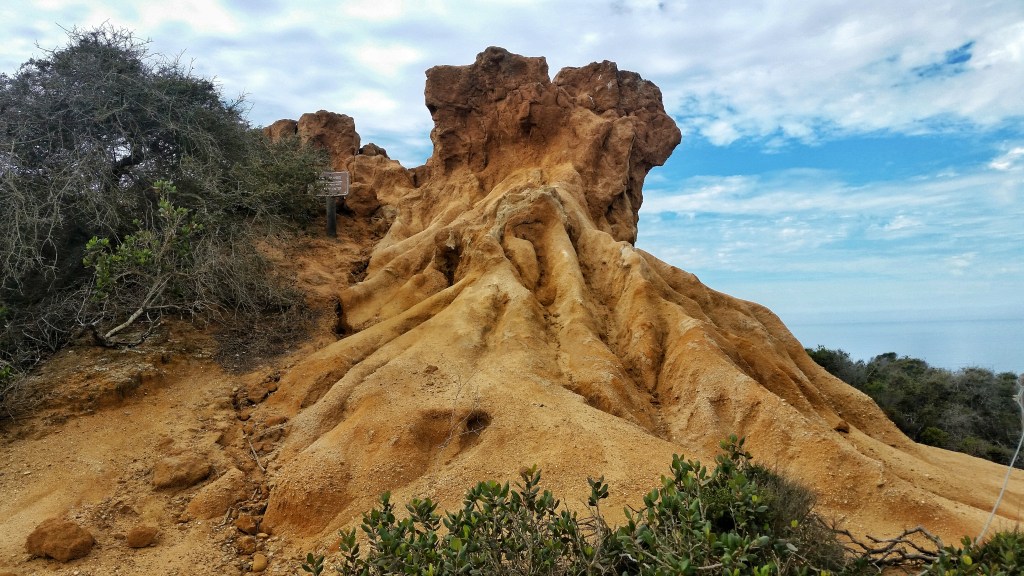 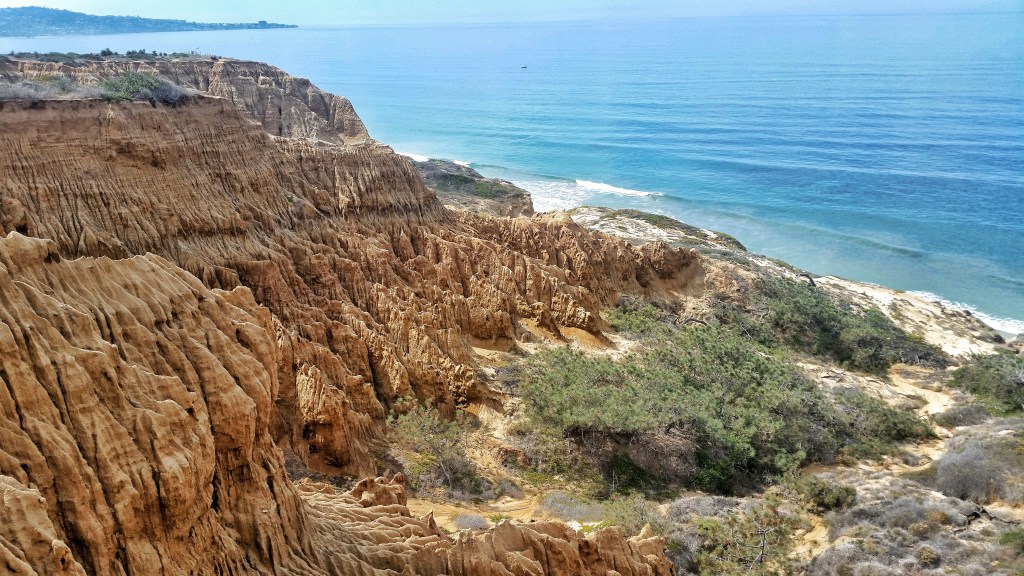 A hot and sweaty day was well rewarded with some delicious gelato and a healthy, protein packed vegan meal at Trilogy Sanctuary Cafe, located on a relaxing rooftop setting overlooking the city. 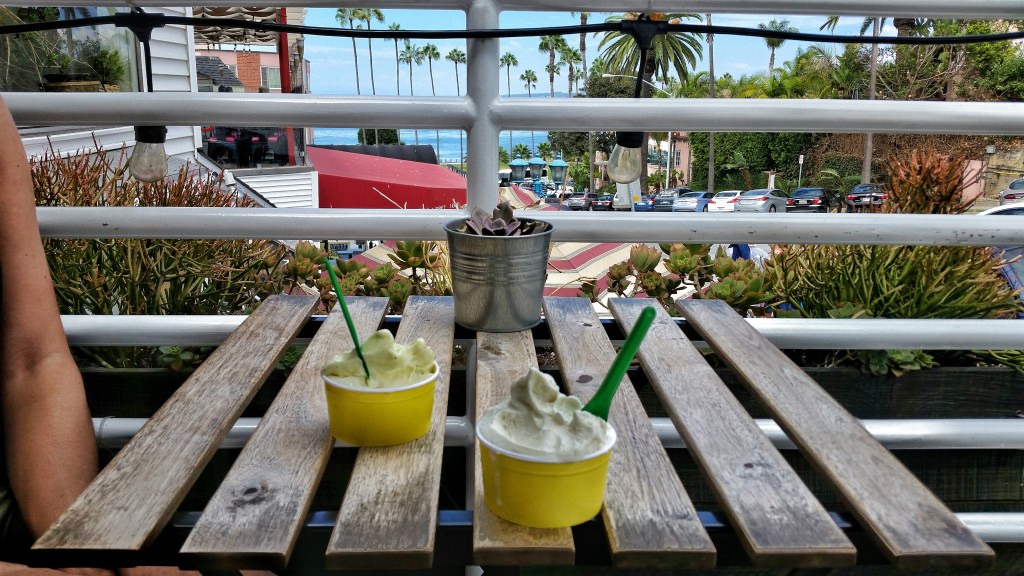 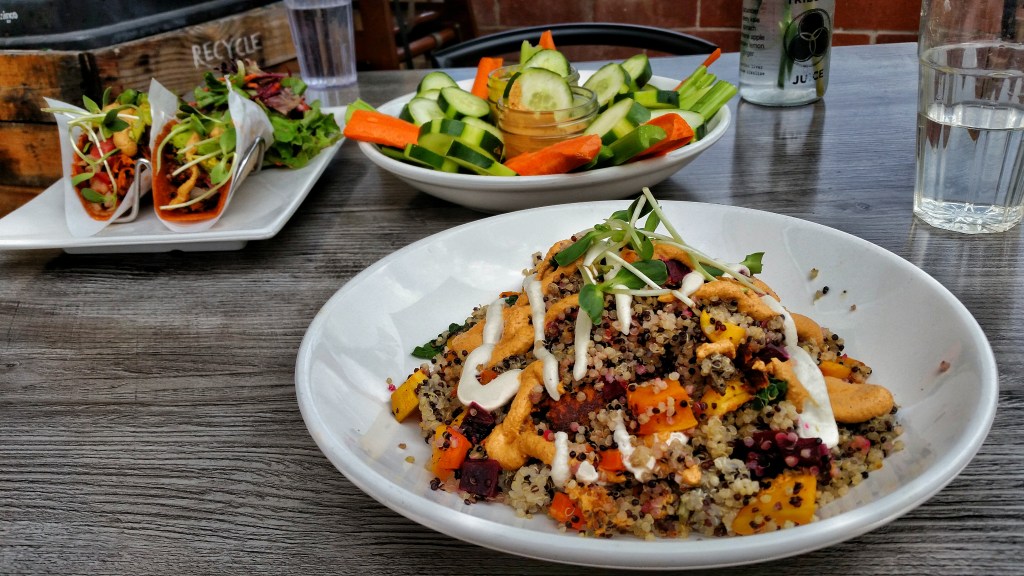 Drinks and comedy rounded out the end of our trip, with some local beers at the La Jolla Brewing Co and some laughs at the world famous Comedy Store, where we got to see Stephen Rannazzissi from “The League” perform.  We were seated right up on the stage which was a bit terrifying, as couples all around us got called out during the show by the comedians, but somehow we avoided any discourse with the talent on hand! 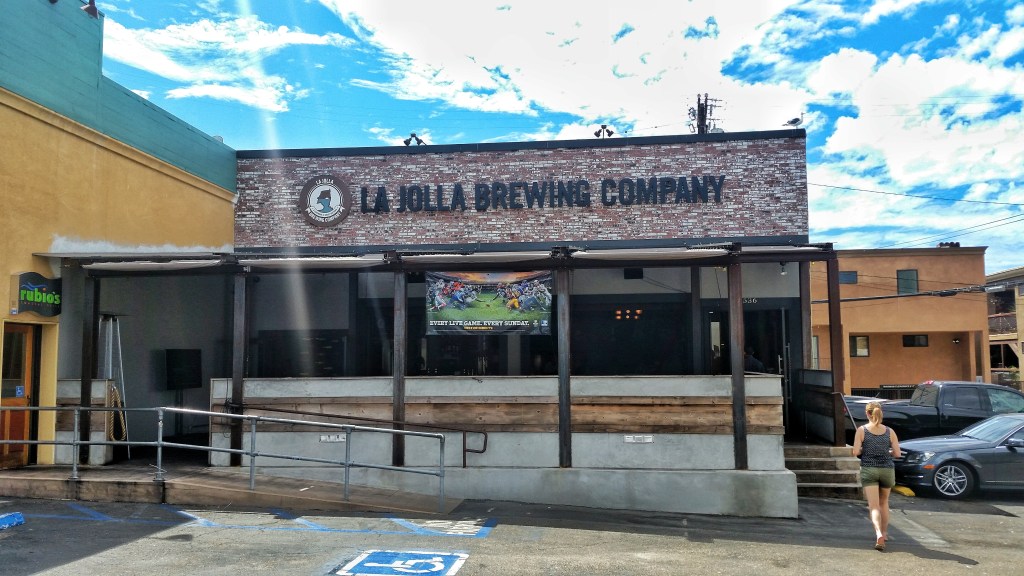 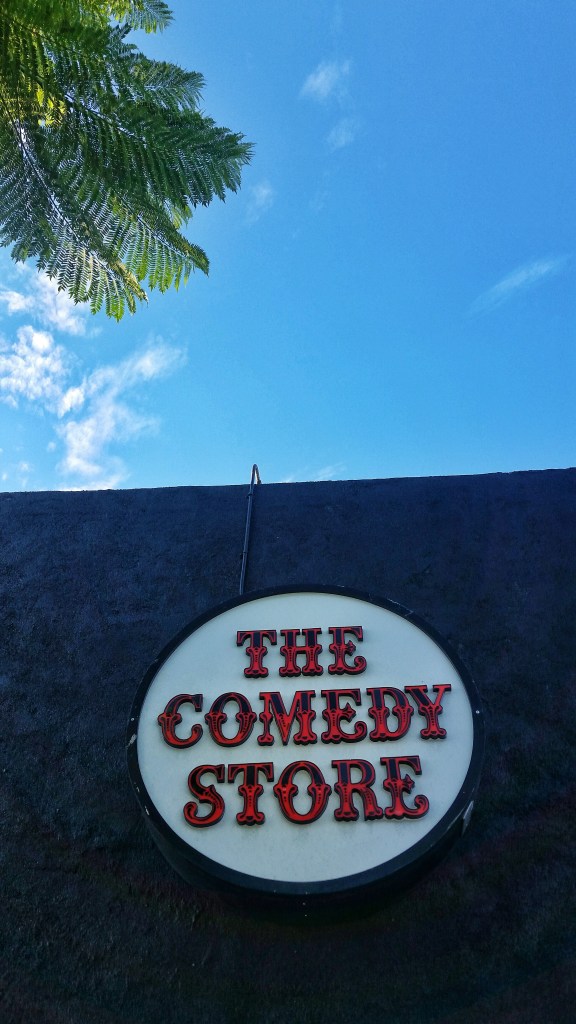 One thought on “Exploring La Jolla”