I’ve always flirted with the idea of moving abroad.  The thought of living and working in some European town has, for a long time, been floating around in my head.  Not only would I be immersed in a culture quite different from the one I’ve always known, but the opportunities for travel would be limitless.  Between the trains and insanely cheap airfare within Europe, I would have the chance to visit many new and amazing countries on a fairly regular basis.  The fear of the unknown has never been particularly strong for me – I welcome a challenge; I love to dive right into new and interesting experiences.  I mean, we moved to Delaware sight unseen many years ago, because why the hell not? 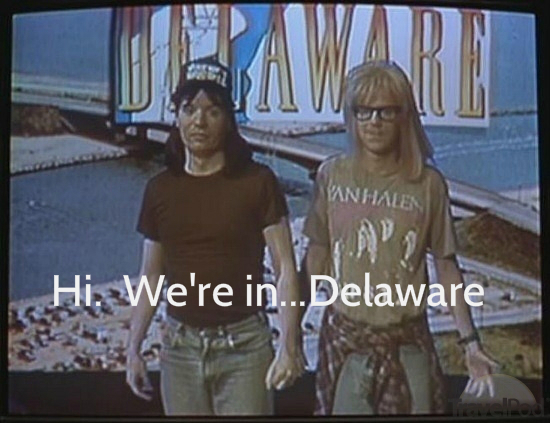 I’ve been a teacher in Houston, Texas for the past 9 years.  It’s a great job, with great kids, in a great neighborhood, with great coworkers.  It’s comfortable and familiar.  Christina has a fantastic job, with great coworkers, and amazing possibilities for personal and professional growth.  She is great at her job, and actually enjoys it – a rare thing, I think.  We have a great life and a nice house with 2 cars in the garage.  We’re the perfect little nuclear family living in the ‘burbs, essentially living the American dream.

And then, without much warning, that all changed.

With all my free time being off from school for three months this summer, I spent a good part of each day toting my MacBook up to Starbucks, drinking one iced coffee after another, and developing my CV and cover letter.  Once I had that perfected,  I listed 10 dream countries that I would love to live in, researched international schools in those countries, then built up a database of the schools in those countries.  For the next few weeks, I diligently fired off my CV and cover letter to my dream schools, one after another, until I had sent my CV, topped with a picture of my smiling face, to around 40 schools around the world.  And then I waited.

The goal here, was not to acquire a job this school year.  The goal was to get my name and information out there before everyone else, and once the winter recruitment process began for the following school year, my name and CV would already be in a database, ready to be pulled by an administrator.

What I didn’t count on was the email that buzzed my phone on my nightstand at 2 AM the morning I was beginning the new year at my current school.

The message was from an academic manager at a school called Internationella Engelka Skolan (IES), in a town called Eskilstuna, Sweden.  He let me know he had received my application, and wanted to talk with me via Skype to learn a bit more about me.  I was absolutely thrilled.  During my Starbucks research sessions, IES had seemed like one of the most interesting schools to me for a number of reasons – I loved their philosophy and main tenants, and the school was in a great location.  Just 50 minutes by train to Stockholm.  The school really excited me, and I hadn’t held out a lot of hope when I reached out to them that summer afternoon.  And now I was being asked for an interview.  The first interview went well, I was asked for a follow up interview a week later, and just a day after that, I received a job offer.

The events since accepting the position have been a whirlwind, to say the least.  I have already begun a new school year at my current position, and was faced with the task of informing my students after just a week getting to know them and establishing our classroom procedures that I will be leaving. In just a few short weeks, I will walk out of the school I’ve worked in for my entire professional life and move to Sweden.  While sad to leave my students, I’m looking forward to the occasional Skype interview with the class, as well as doing the pen pal thing.  One of my students even bequeathed me with a Lego Man, who I have a feeling will be taking many selfies in some interesting places around the world to send back to my students in Texas.

Nothing has quite prepared me for what it feels like to completely up and sell all of my worldly possessions including my home and vehicle and most of the things I hold dear, and move to a foreign country, sight unseen.  It’s funny the emotional attachments we can have with inanimate objects, and not realize it until it has been wrested from your hands.  But in the end, all of this stuff you acquire over the years is just that:  stuff.  And it certainly can’t get on a plane with you and travel across an ocean.  (Well, most of it can’t anyway).

And with that, my blog Justin Goes Places will take on a new slant – covering the expat life as we make our way to Scandinavia, to start the next chapter of our lives.

One thought on “Justin Goes to Sweden”