That’s right, I’m back bitches. It’s me, Justin’s foul-mouthed friend Sarah, here to destroy the integrity of his well-written, gorgeously photographed travel site with shitty pictures from my instagram story and substance-free commentary. Aww, I’ve missed you too. 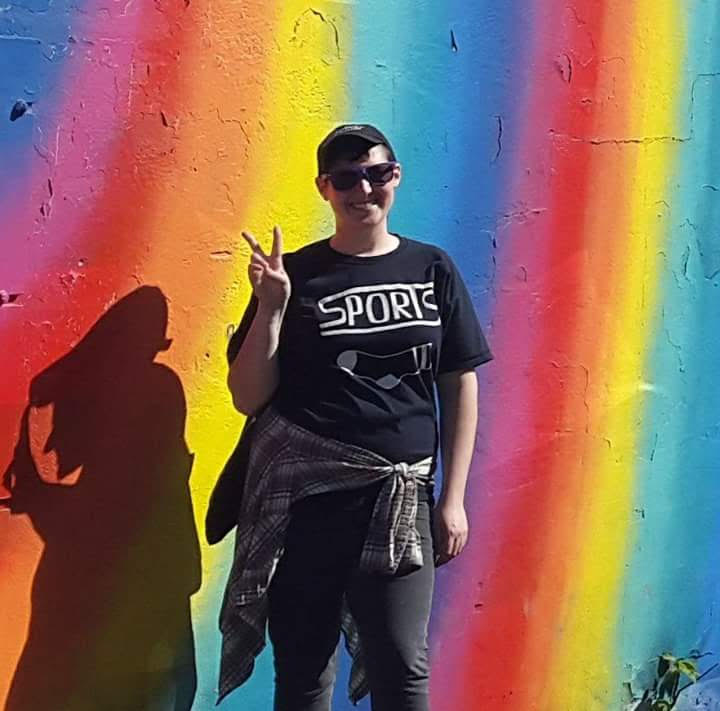 Last Thursday I found out I would be able to have a 4 day weekend, and having a little extra cash on hand and a severe case of I-need-to-get-the-fuck-out-of-nyc, I immediately started looking for cheap flights out of town (and away from the rain-soaked Northeast). Pro tip: there are no *hot deals* on last second plane tickets for a holiday weekend. At the insistence of a friend I decided to book a train to Montreal, but realized the only trip was already sold out. While still in Manhattan at 9pm I was alerted to the existence of a midnight bus, and like the actual insane person that I am, I hopped on the subway back to Brooklyn, threw a bunch of clothes in a bag, and hauled ass to Port Authority bus terminal. I made it to the ticket booth at 11:45, bought the sixth-to-last open seat, and got on a bus to another country with no ticket back, nowhere to stay, and no plans at all. I know, I’m a genius. 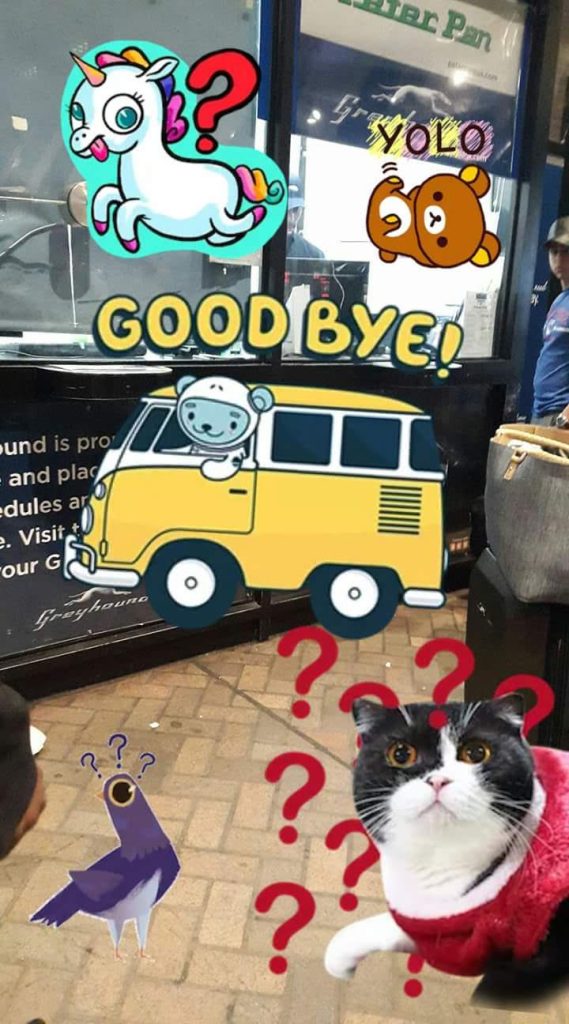 The crappy wifi on the bus was enough to get the logistics sorted out, and I got a few hours of sleep in before I stepped out into Montreal and just… started wandering. I checked out Parc La Fontaine, ducked into a couple of cafes for caffeine and free wifi to figure out where I was, and in desperate need of a solid breakfast, hit up St-Viateur Bagel & Café. Guys. When I tell you I almost cried eating this bagel sandwich. I’m Jewish. I live in New York. I have an obnoxious superiority complex about Brooklyn bagels and the perfect egg sandwich. This upended my entire understanding of the universe. 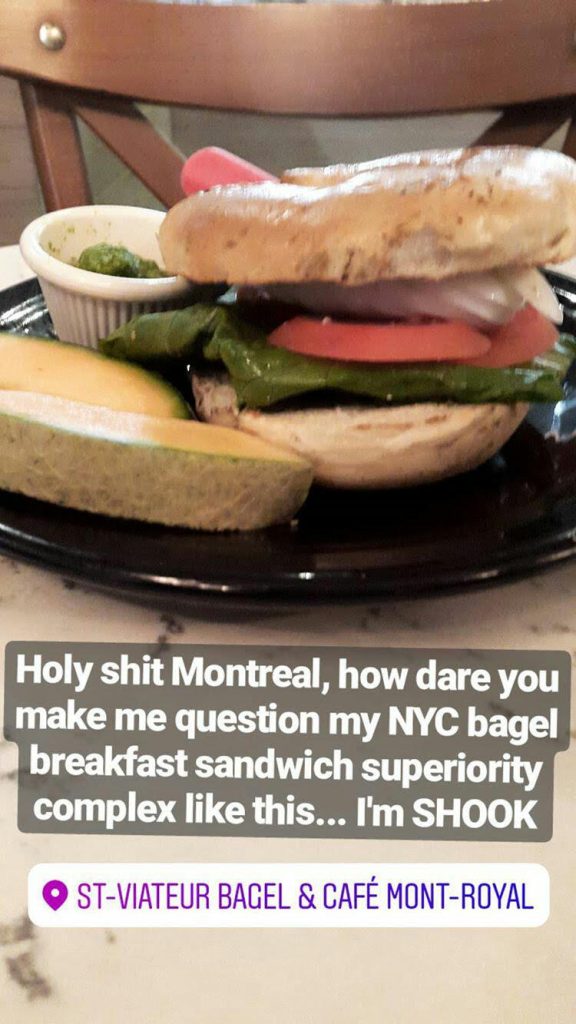 I took a post-bagel nap like a champion and woke up to eat more food. 50% of this trip was spent walking around and 50% was spent shoving as many delicious carbs into my face as humanly possible, so I think it evened out.

Montreal is a magical, fairytale-like place where a quarter of the streets are shut down for pedestrians and it’s peaceful and quiet except for people playing music outside and every neighborhood is having a street fair and I think the city was cursed with nightmare hell-winters for being so goddamn perfect and amazing in the spring. Anyway I went to the Quartier Latin for some bomb-ass falafel at La Panthère Verte (also Montreal has a ton of vegetarian and vegan food?!?!) which I ate outside on the terrasse while watching a live band because GUESS WHAT THEY WERE HAVING A STREET FAIR. 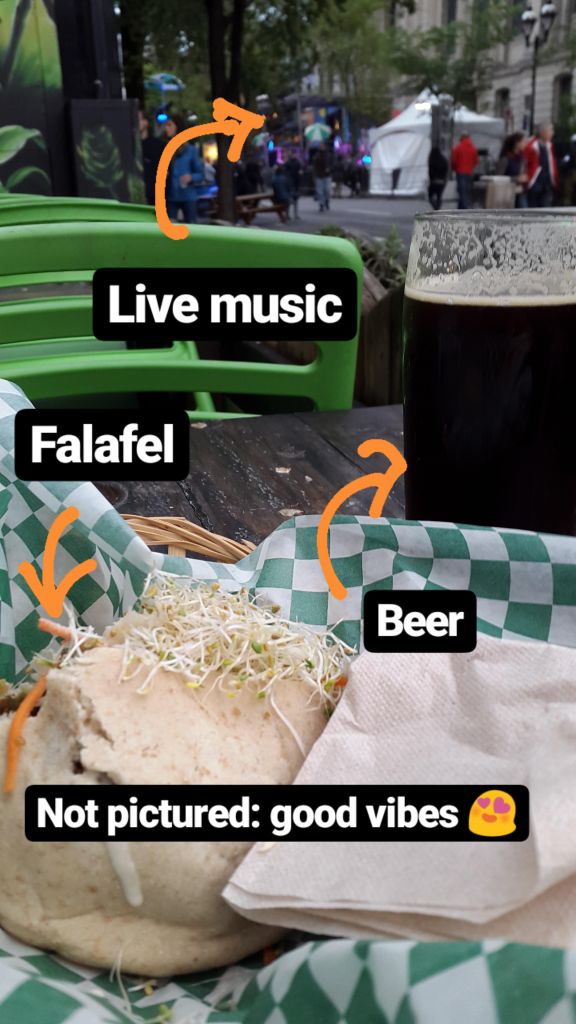 I had checked facebook’s “events near me” section for shows nearby and decided to see Nomadic Massive, a local funk/hip-hop supergroup, at Café Campus. You get one guess for how good it was. 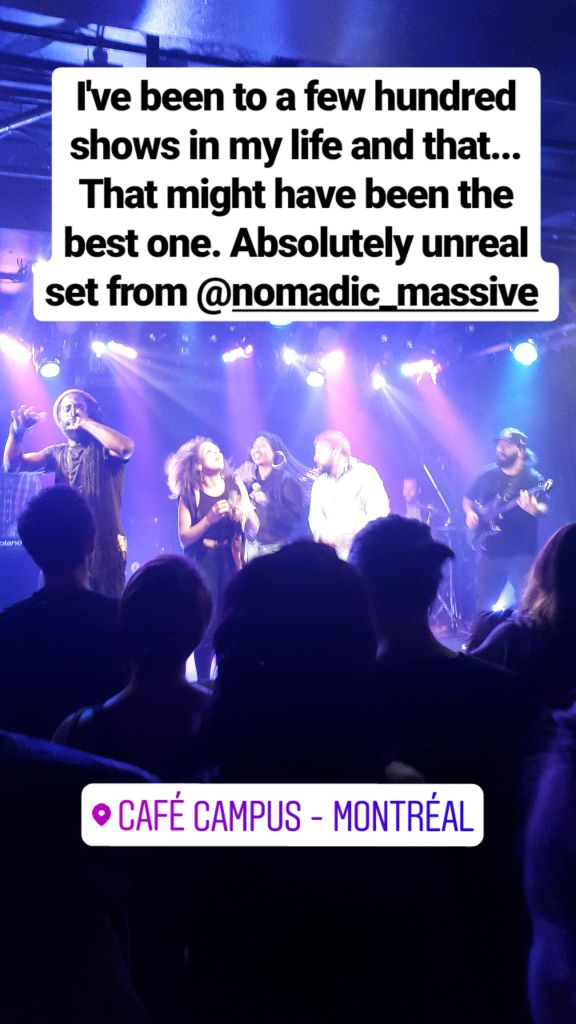 Y’ALL THAT WAS JUST DAY ONE. Started out day two by stumbling onto what appeared to be a home gardening street fair with a line down the block – I actually didn’t spend any time there but I just wanted to remind you that Montreal is the best in case you forgot in the last couple of seconds. I stopped at Fairmount Bagel to fuel up with two fresh as fuck bagels because what’s the point of waking up if not to eat more hot tasty bread??

I spent most of the morning walking up Mont Royal and getting lost in the trails for a couple of hours. A little ways from the top there was a great view of the city and a fat raccoon that was all up in everyone’s business. 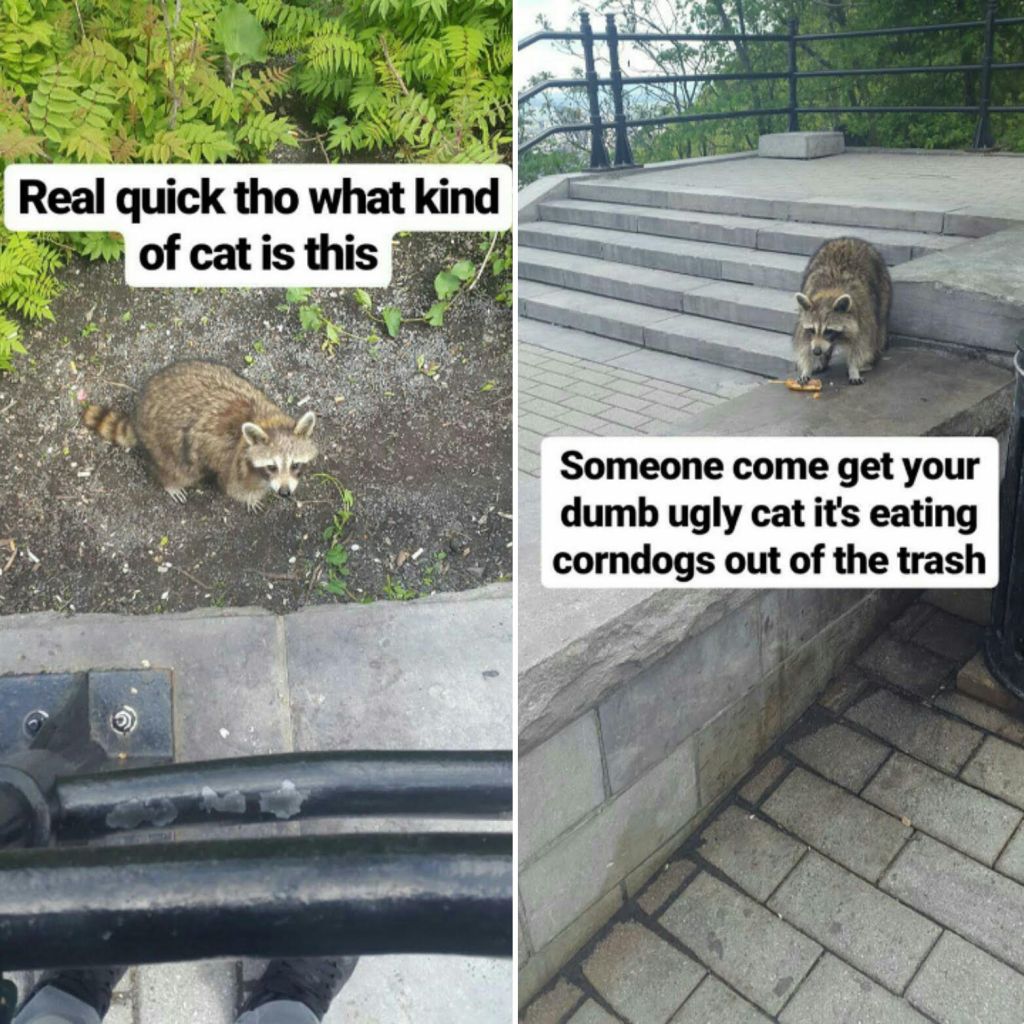 Enough walking, time for more food. I was instructed to visit La Banquise for my first ever poutine, and shockingly enough, it did not disappoint. I got the classic poutine (subbed in the vegetarian sauce, natch) and it was weird and fantastic and I ate it while “Forgot About Dre” was playing in the restaurant, which nobody else reacted to. 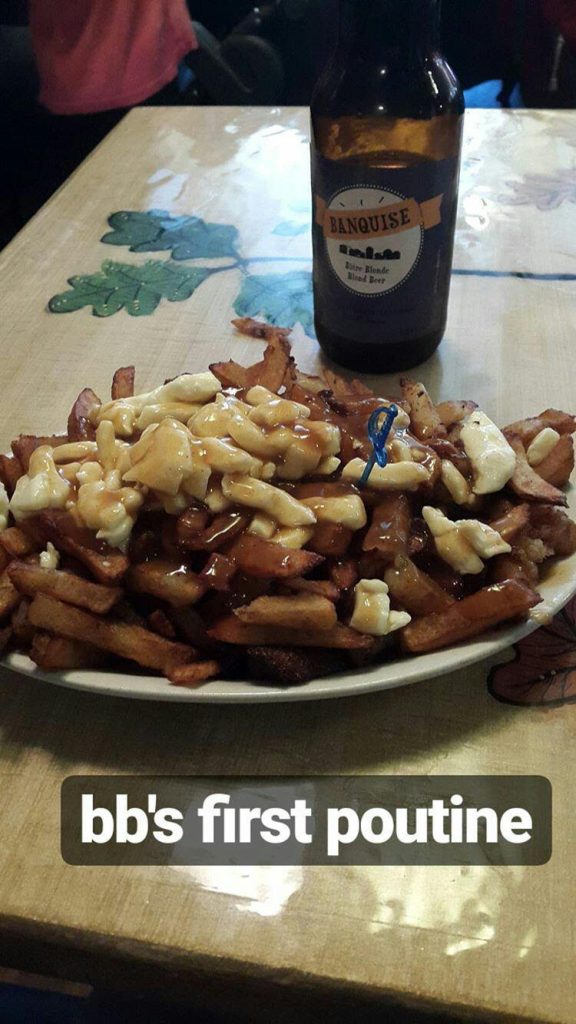 My friend had suggested I see a roller derby match, and since I’m obsessed with the movie Whip It but had never actually been to a game, it didn’t take much convincing. I got to see the juniors and men’s teams play, and met a couple awesome girls from the women’s team who tried to convince me to stay in town for another week to see their match (I wish). 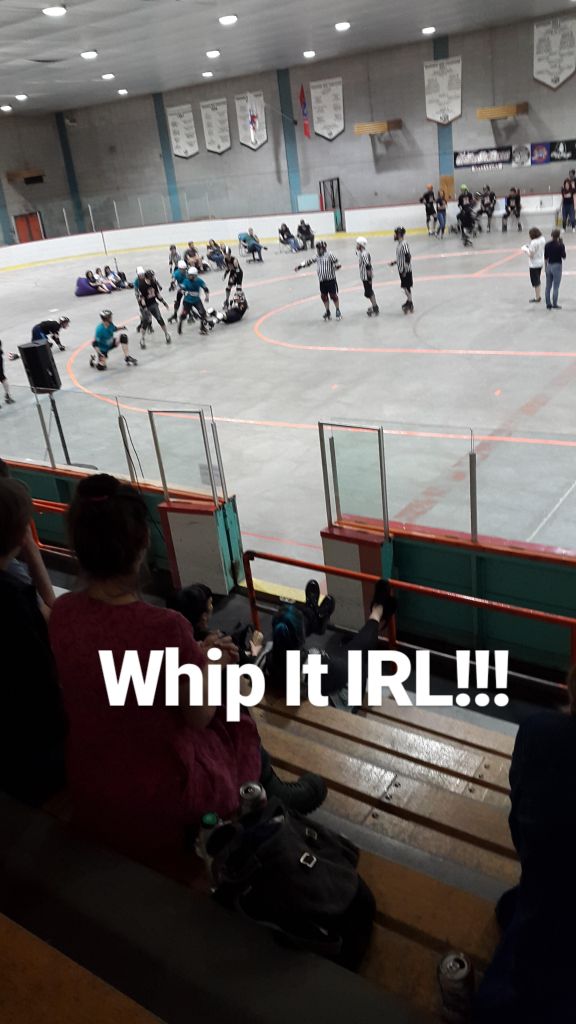 Then it was back to the Gay Village (where I was staying because, duh) to Cabaret Mado for a drag show. It was tough to keep up with the French banter but I stayed for two shows and Canadian queens do it better. The only bummer was that it was impossible to tip during the performance since the smallest paper bill is $5 and the exchange rate isn’t that good. 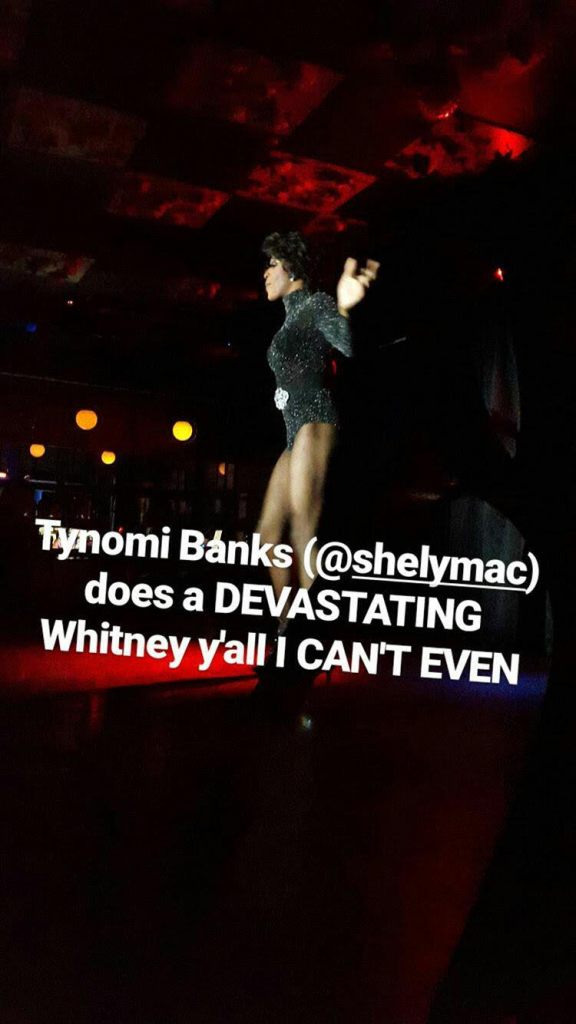 On Sunday, after a quick breakfast at La Graine Brûlée, I got to meet up with an old friend who lives in Montreal now. We went for ice cream sandwiches at Noble Café and walked to Mont Royal for Tam-Tams, a drum circle/massive chill out. Lots more walking – down Saint-Laurent to see the murals, through Old Montreal which feels like a neighborhood straight out of Europe, and along the water, where we almost rode a zipline but chickened out like a couple of babies. 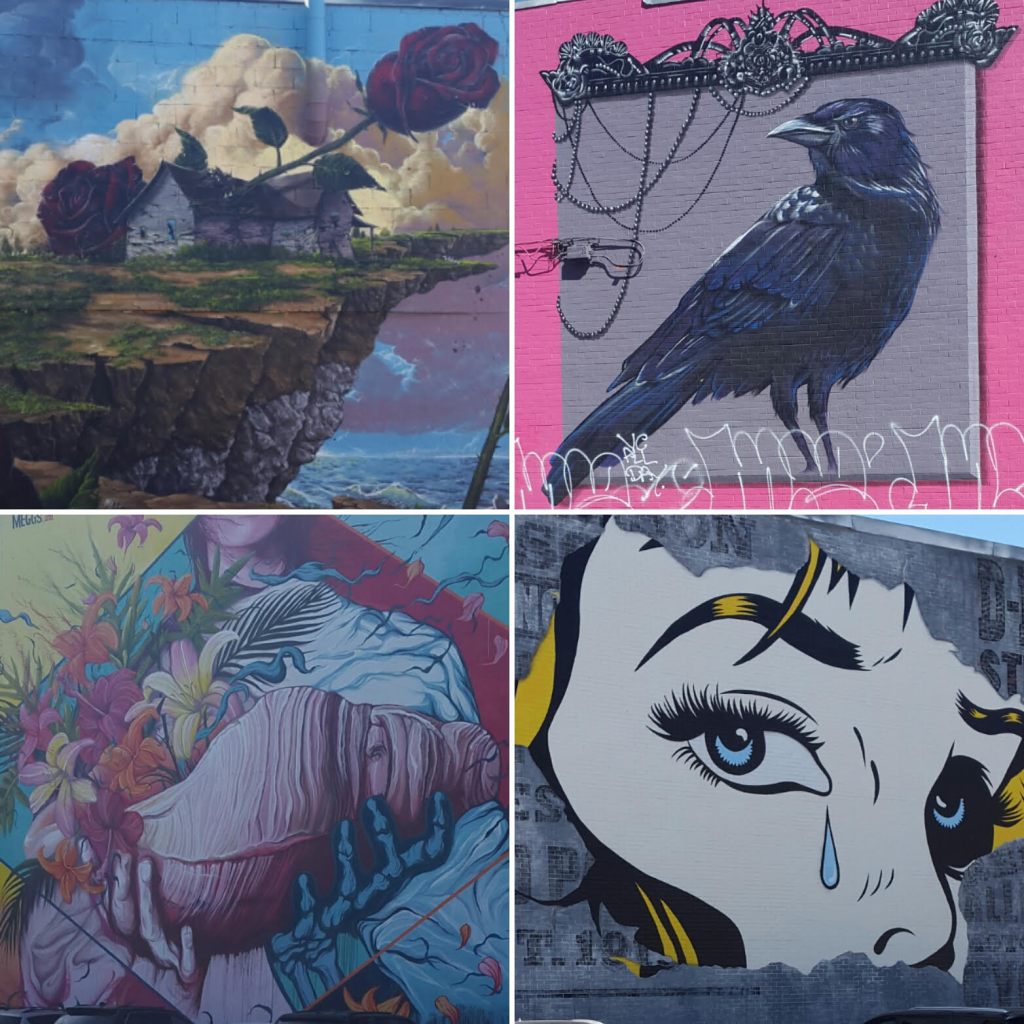 When I got back to the village I walked back and forth on Sainte-Catherine until I found L’Escalier, a second-floor bar/vegetarian restaurant that had dope food and wonderful live music because OF COURSE IT DID.

On my last morning I stopped at En Couleur, ate a huge plate of crepes, drank a phenomenal espresso, and cursed the gods that I had to get on a bus back to New York. In conclusion, Montreal is the greatest city in the world and if anyone has a lead on a job for me up there please dm me on instagram @caterinevauban. Thanks, Justin!