This is the first picture I took after arriving in Switzerland: 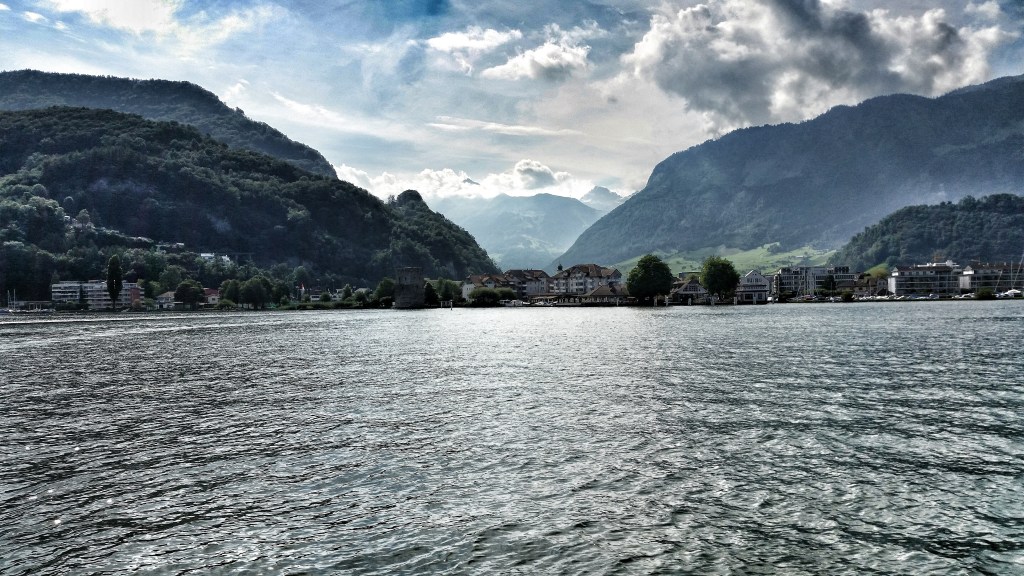 When this is what you see after having been in a country for a little over an hour, you know there must be good things to come.This was another trip we took based on a picture we saw on the World Wide Interweb.  During the course of trying to decide where we wanted to spend our tenth anniversary, I stumbled upon this photo on Reddit, in the subreddit /r/beerwithaview: 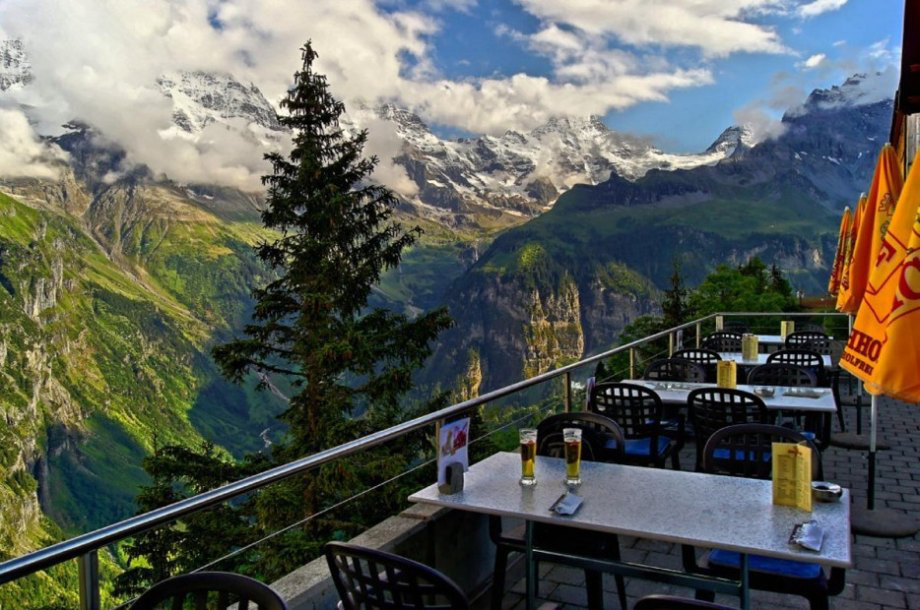 Completely floored by the almost surreal landscape on display, some mild sleuthing told me this was taken at Hotel Edelweiss, in Murren, Switzerland.  Quite honestly, I only knew Switzerland as a major banking hub, and had no idea it was known for its incredible scenery.  At that moment, we decided that this country is where we wanted to spend our anniversary, on this – our first trip to Europe.  I also made it a goal to sit at this exact same table during our journey.  I mean, this picture was the whole reason for the trip to begin with, so why not insert myself into the scene, sans-photoshop?

We arrived in Zurich in late July 2014, with the following itinerary:

Upon arrival, we immediately took the train to Lucerne to get started.  A couple of observations here:

With the good fortune on the weather-front, we decided to immediately take advantage while it lasted and take the ferry across Lake Lucerne toward Mount Pilatus.  This was originally planned for the following day, but hey – we were jetlagged, and figured the mountain air and sunshine would do us good.

We rode the world’s steepest cogwheel to the top of Pilatus, where we had lunch, a beer, and did a pretty fun little bobsled run.  Of course I strapped on the GoPro, and you can check out my footage here: https://youtu.be/oG9Uonk6dVo

We attempted to stay up until a normal local bedtime, but by 5:30 PM, we had already been awake for something like 30 hours, and my bloodshot eyes would barely stay open, so we decided to call it a day.  We stayed at the Hotel Cascada, a really charming, small boutique hotel in a great location very near the train station, and within easy walking distance of the old town and the major sights.  The view from our room of Mount Rigi was a nice touch. 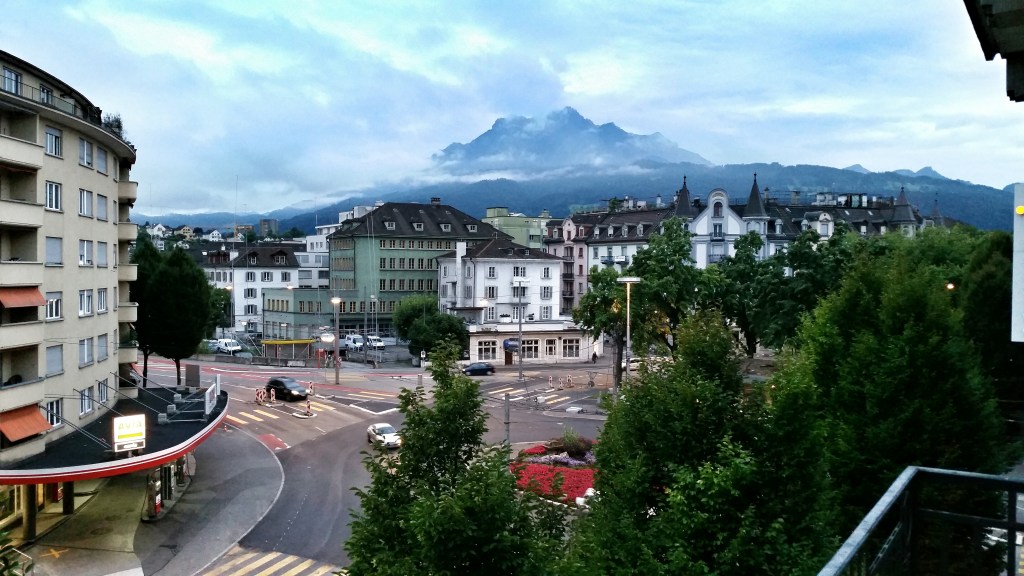 The following day, we set out to explore the old town.  We enjoyed visiting the Lion Monument, walking the old city walls, wandering the winding streets of the old town, walking across the river on Kappelbrucke (Chapel Bridge), and visiting the Gletscher Gaarden.  During the course of popping into and out of various shops, we stumbled into a little bakery where we ordered a delicious looking slice of cake to share.  Everything was written in Swiss German, so we had no idea what it actually was.  Turns out it was basically just cake soaked through with what tasted like 100 proof alcohol, and we literally caught a buzz eating it.  The place had a really great location right on the glacial river running through the center of the town, and we had a prime spot to sit there getting blasted on cake while watching the water rush by. 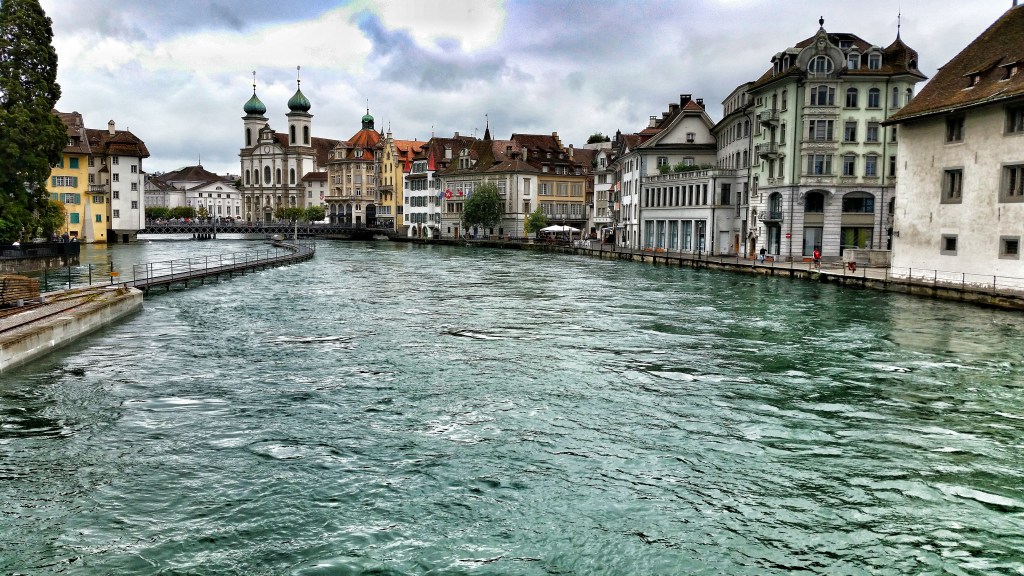 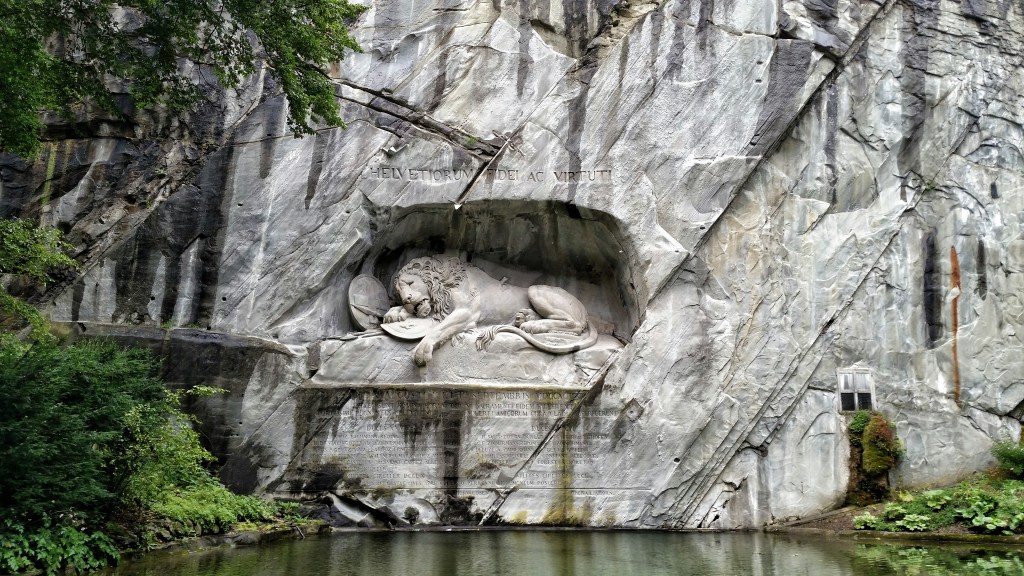 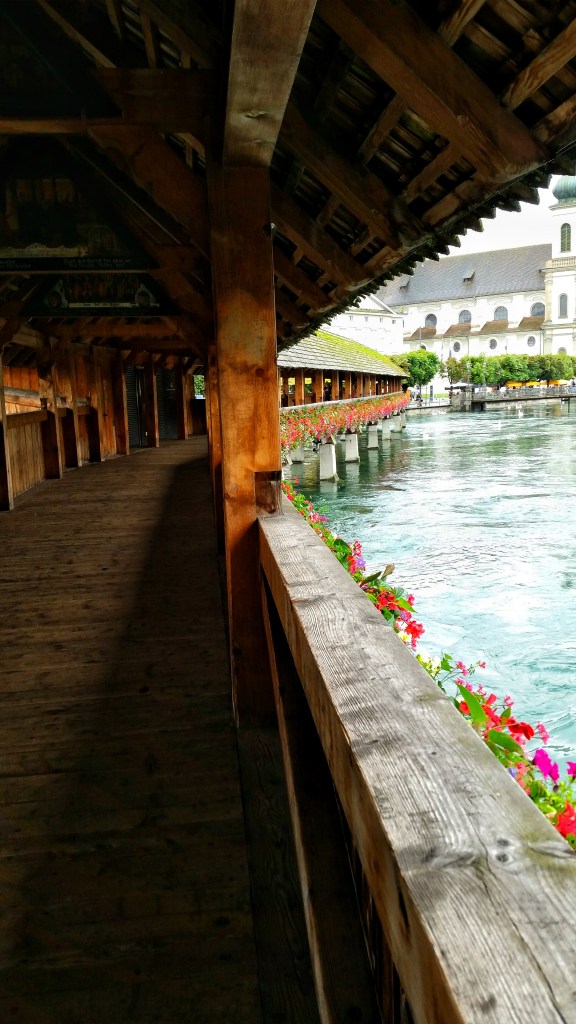 The view over the city from the city wall was specatcular! 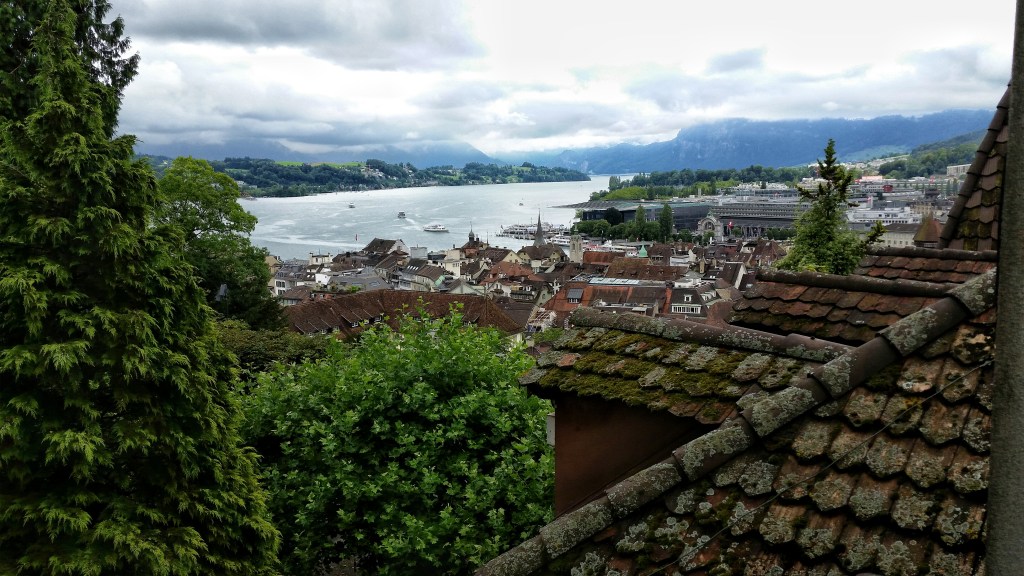 Lucerne was a great introduction to the country for us.  The 2 days were perfect – any more would have probably been to much.  1 day to explore the mountains, a second day to explore the city, then on to new adventures.  Following a nice breakfast at Hotel Cascada on day 3, we headed to the train station to depart for St. Moritz.