Allow me to start with the view from the window right next to our bed.  This was what I woke up to that morning. 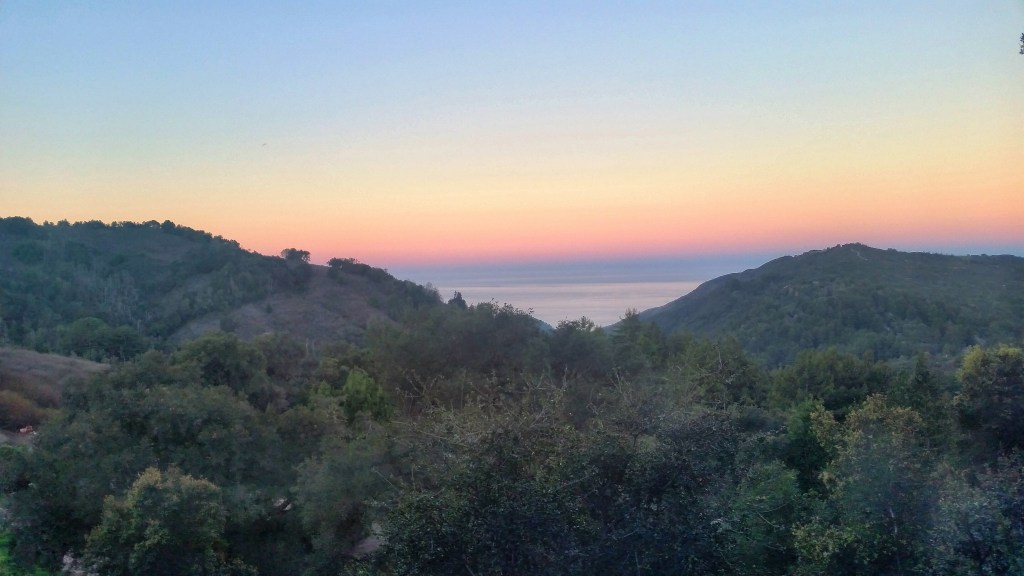 The day’s agenda included finding the elusive Pfeiffer Beach.  I had read lots about it online prior to the trip, and there didn’t seem to be any specific directions to get there.  All I had were snippets from various websites scrawled on a piece of paper with vague reference points.  We must have driven up and down the same stretch of Highway 1 five times before finally spotting the turn and making it in. I did however, check an item from the ol’ bucket list today: Listening to The Decemberists “California One” while driving on California One.  I may or may not have shed a tear.  From the entrance, it’s about 2 miles to the actual beach, and on this day the parking lot just happened to be full, so folks were having to walk their asses down the long path to the beach. We just so happened to pull in right as a parking spot or 2 had opened up, so we were waved through and took the drive toward the beach.  Along the way we picked up a couple folks that were making the long walk and drove them to the beach.  The parking lot was full for a reason.  This beach was breathtaking. (I’ve written a post with directions on how to get to Pfeiffer Beach here) 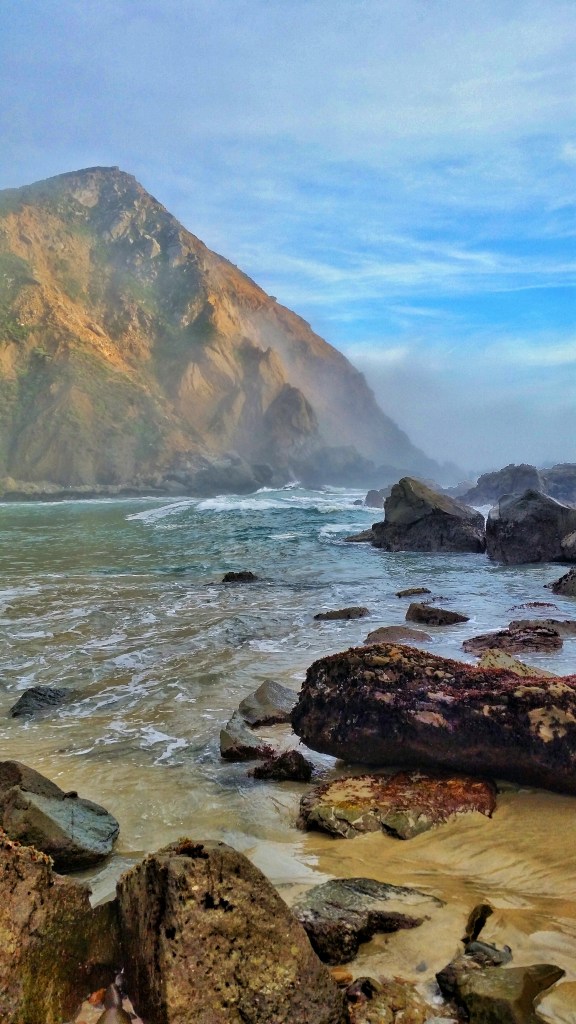 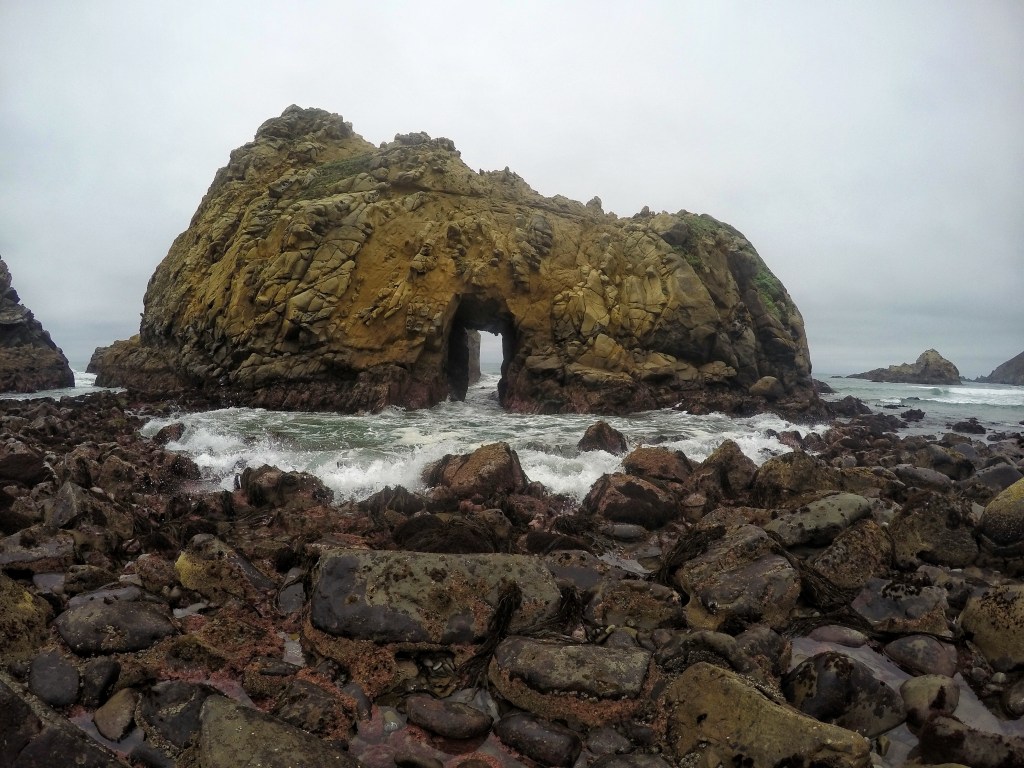 Pfeiffer Beach is known for its purple sand.  Apparently it’s much more prominent after a good rainfall, but it still seemed to be out in force on this nice day. 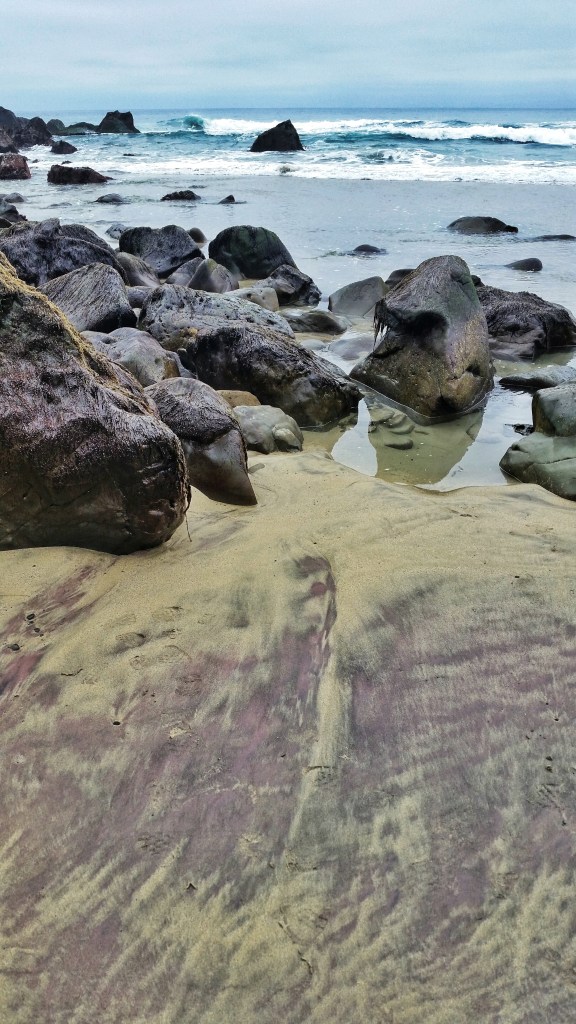 We strolled around for an hour or so, and as always my inner five year old came out and I had to climb everything I saw, and eventually dense fog rolled in.  This fog pretty much stuck around for the remainder of our trip, but it truly lent a whole new look to the place which I quite enjoyed. 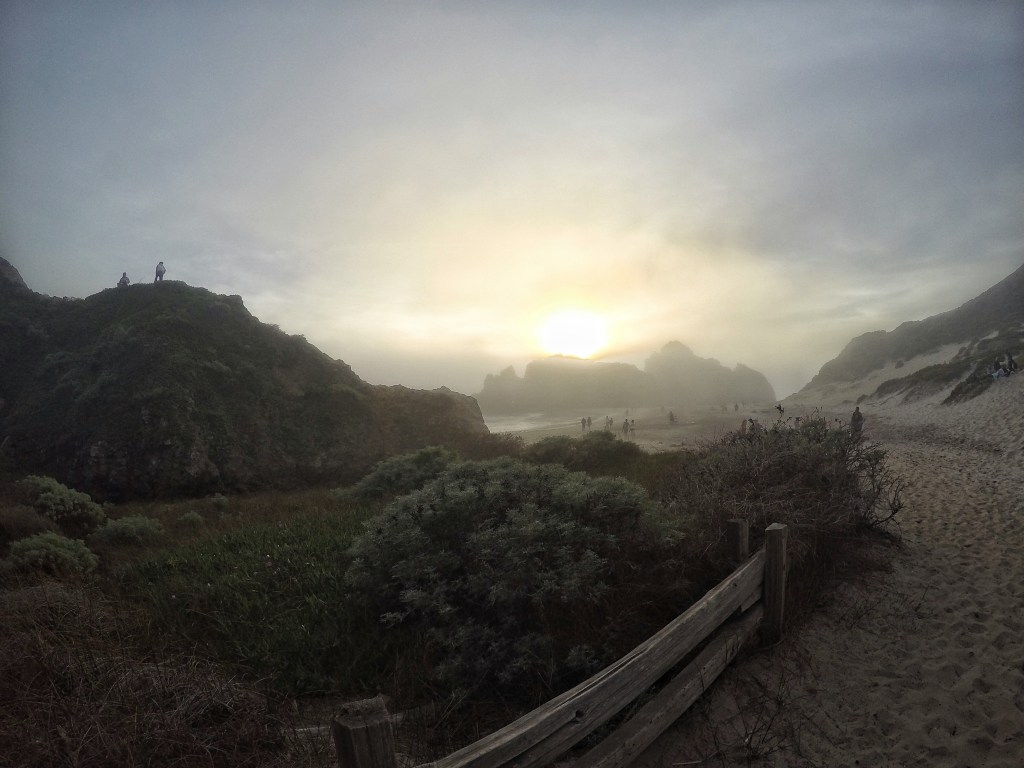 After the beach, we headed up the long and winding Palo Colorado Road and did a hike at Mill Creek Preserve.  This is a rather off the beaten track hike through dense old growth redwood forest, and we were literally the only two people on the trail.  It was very tranquil. 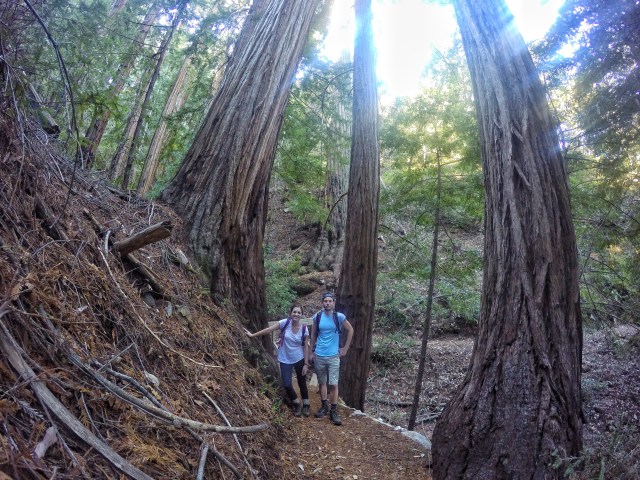 The following day was our last day, so we decided on the way into Monterrey, we would stop at some little viewpoints that seemed to call out to us from the roadside in the previous days.  Great decision. First let me present you with a view from the drive along the Pacific Coast Highway: 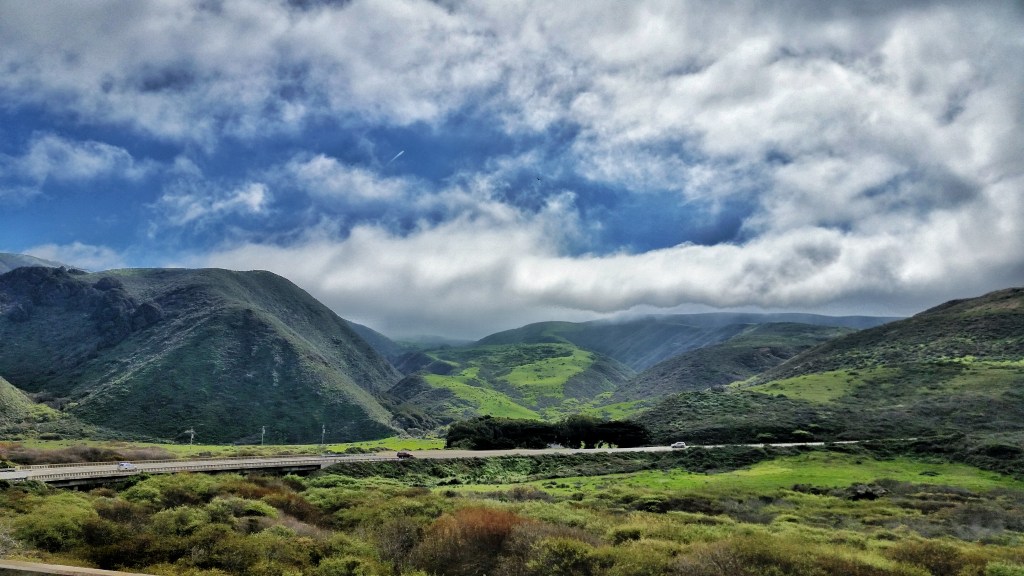 We pulled into a little spot right off the road and just followed a tiny beaten path through the dense plant life until we came to the ocean’s edge.  From there we climbed our way down a sheer cliff and were rewarded with our own little private rocky beach.  Just incredible.  Not another soul to be seen, just the 2 of us, the Pacific Ocean, the sound of the waves, and the slightly cool air. 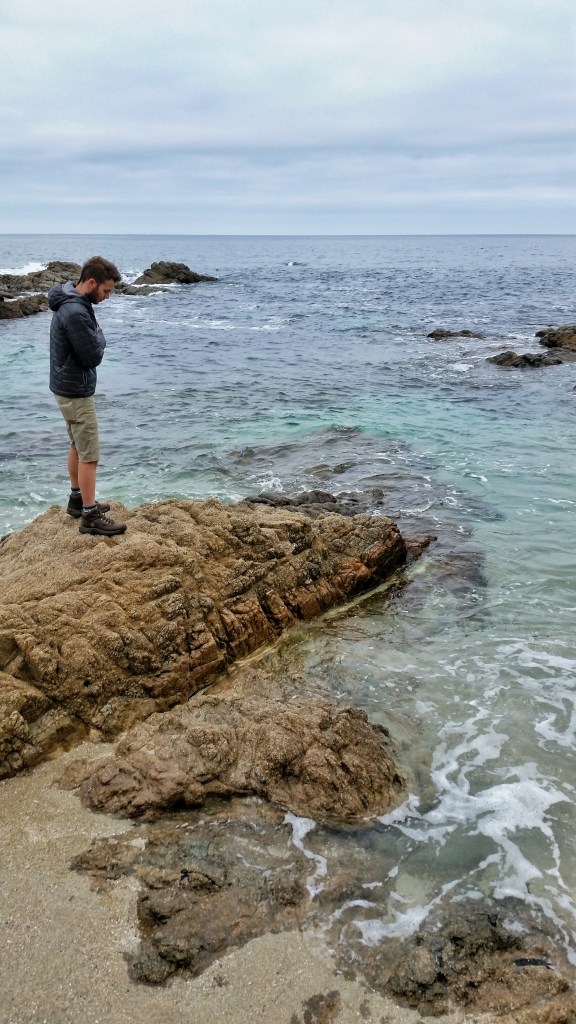 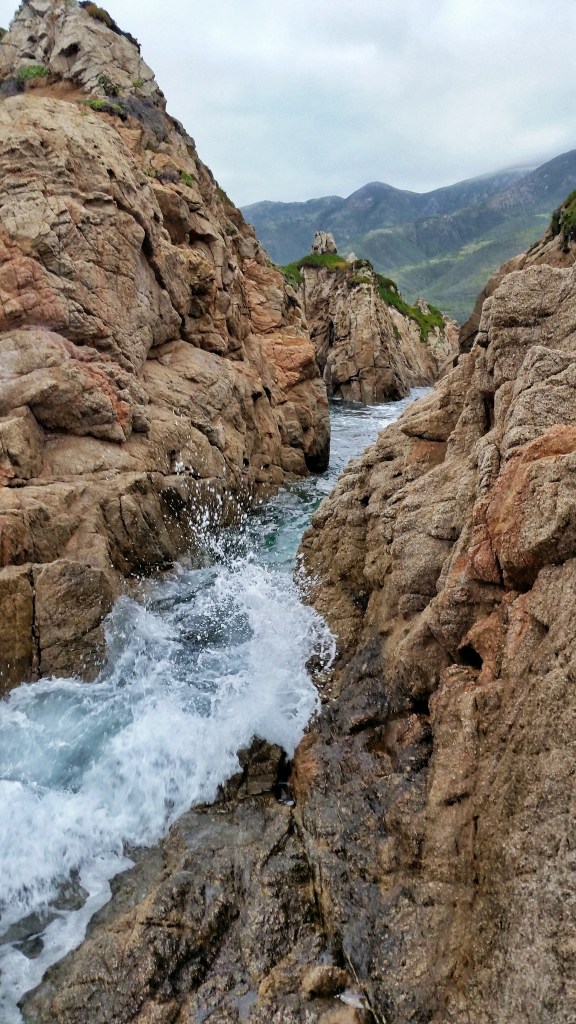 Our own personal stretch of beach front property. 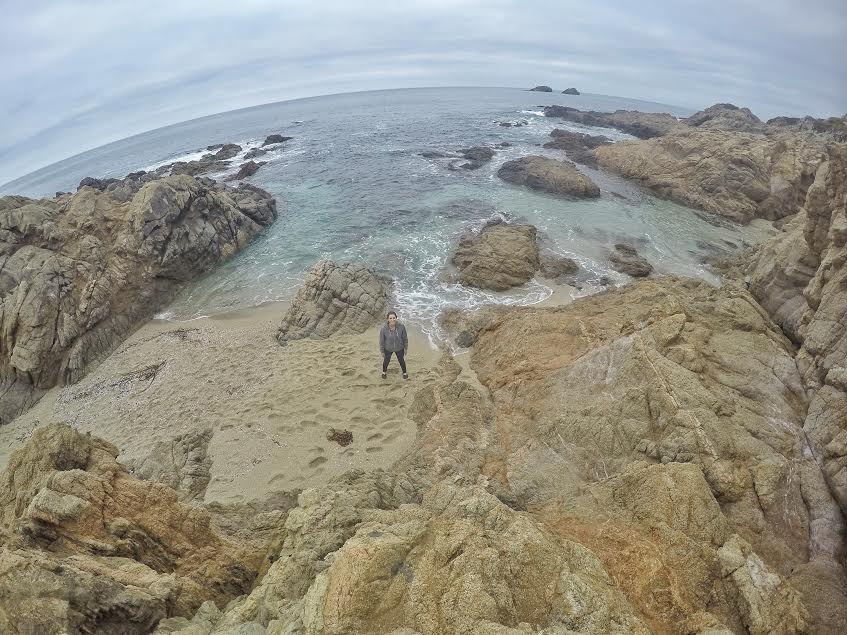 We soaked up one last long look at the ocean before heading back to the car and drove toward Monterrey. 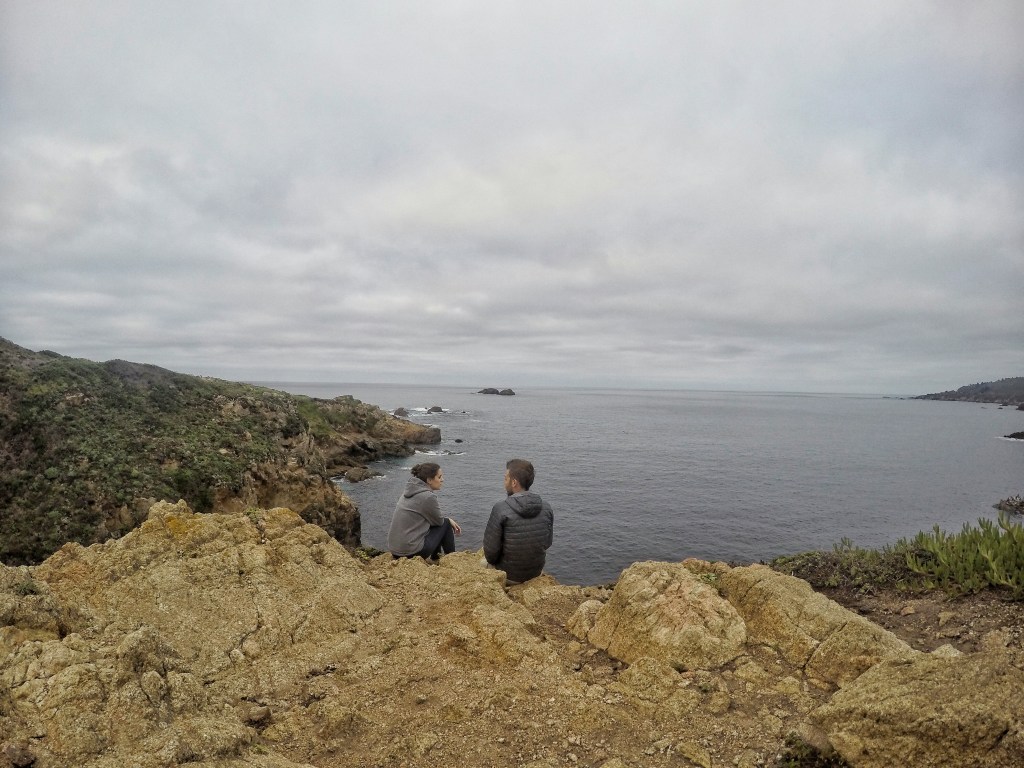 Once in Monterrey, we did the 17 Mile Drive, which quite frankly was a little underwhelming after some of the sights we had seen in the previous days further south down the coast.  The lone cypress was a highlight here, however. 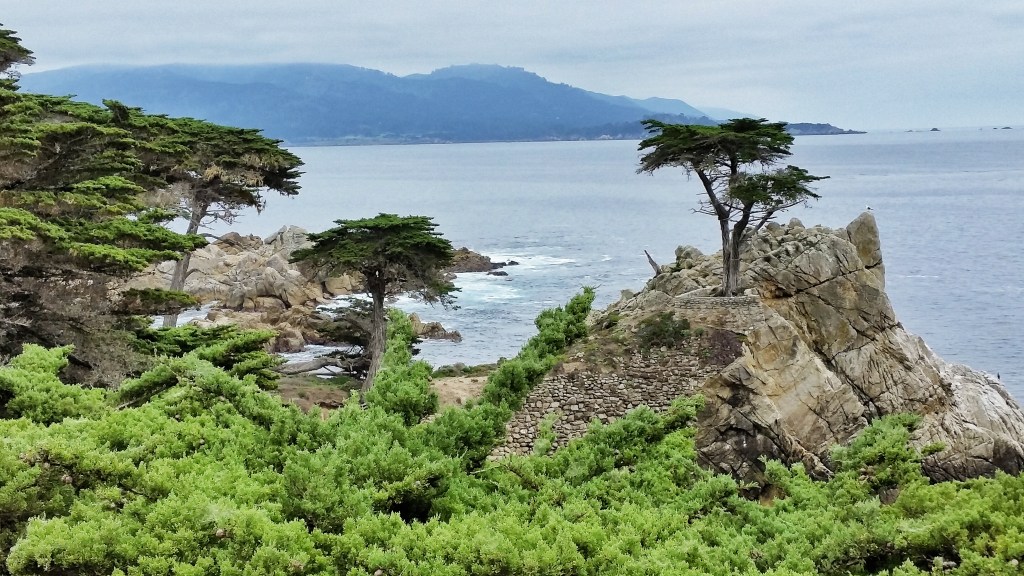 We strolled along Cannery Row (rather dull and unexciting) and had an amazing breakfast at a Monterrey institution: First Awakenings – where I fell in love with this stuff:

Did I immediately get on Amazon when I got home and order one gallon of it?  Yes.  Yes I did.

During our final night, we made up a checklist of all the things we look for in a trip, and going through the list for Big Sur, we immediately declared it to be our second most favorite trip we’ve taken, second only to Switzerland.