Summer is high season for travel, and many places around the world can be completely overrun with tour buses depositing large groups of people into a small area and families with children on summer break looking to get away from it all for a week or two.  There are some go-to cities and countries that are very much on the well trodden tourist circuit where most of these holiday-goers will end up.  Many of these more popular destinations have the crowds for a good reason – they’re great places to visit!  However,  if you’re anything like me, and very much averse to swarms of people, here are 5 hidden gems that are much less visited, and will give you a more serene, quiet experience than one of the more popular vacation spots around the globe.

I have not yet been to any of the below mentioned destinations, but have spent some time daydreaming about my eventual visit to each of them, and have done plenty of research into their sights and attractions.  Without further ado, here are 5 off the beaten path destinations that are just waiting for the traveler who seeks an uncrowded summer holiday.

Not to be confused with Georgia the state in the United States, the country of Georgia is a hidden gem located in far eastern Europe, on the eastern shore of the Black Sea, and tucked just south of Russia and just north of Turkey.  The Caucasus mountains run right through the heart of the country, giving Georgia a stunning, rugged landscape, ripe for hiking opportunities. 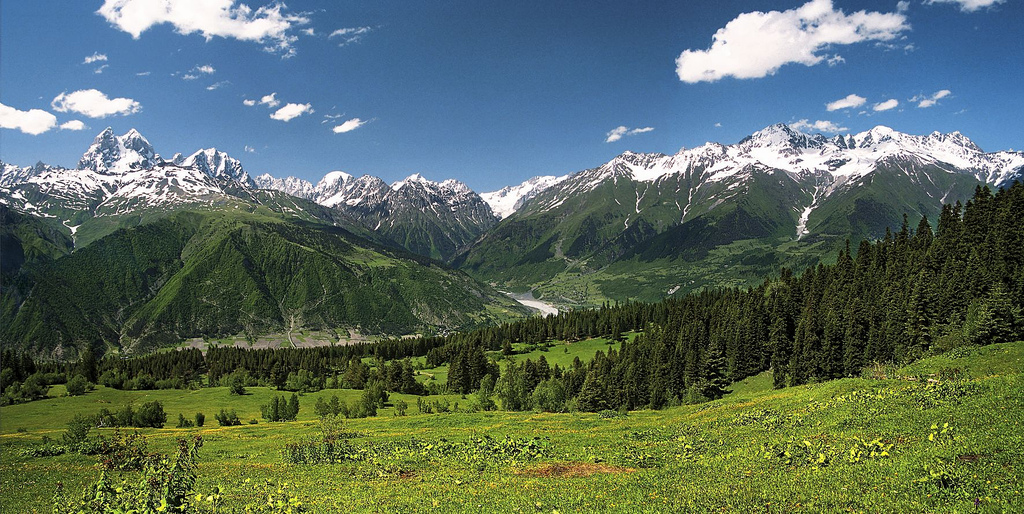 The capital of Georgia is a city called Tbilisi, which is where you would fly into upon entering the country.  Tbilisi is a rather compact city, and most visitors choose to just stay here for a day or two, before heading further afield into the Georgian countryside. 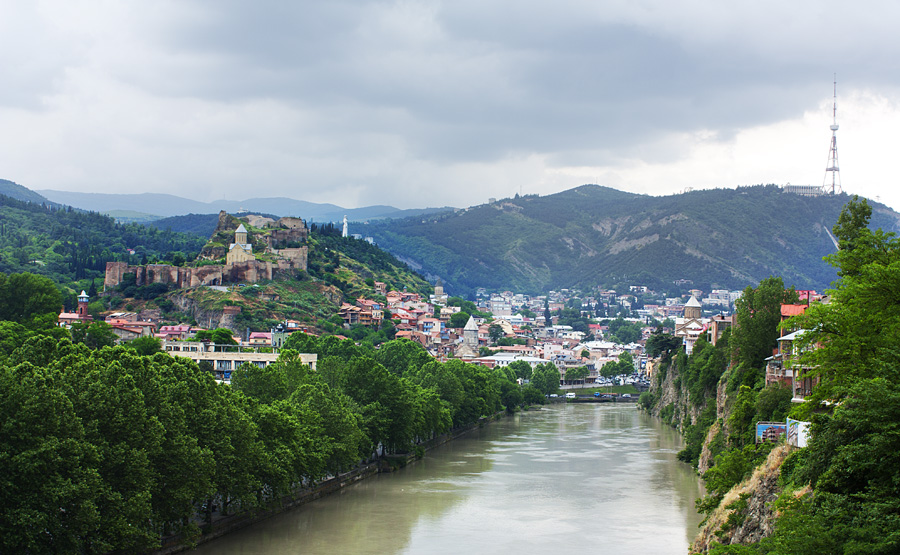 Getting north of the capital, you will find a stunning mountain town by the name of Stepantsminda, situated within an almost unreal mountainous landscape. 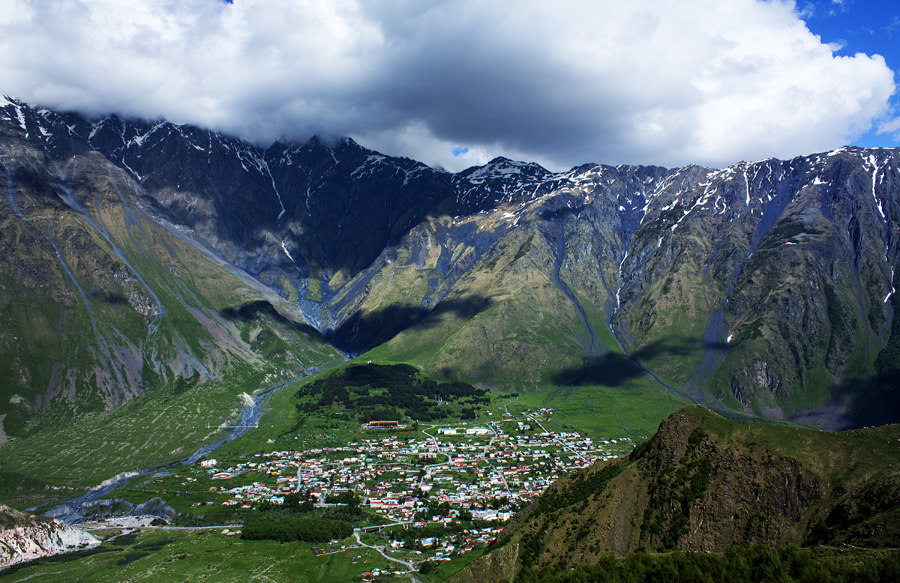 Here, you will want to take a hike to the Gergeti Trinity Church, dramatically perched at the top of a rugged hill in the shadow of the surrounding peaks.  Another popular activity in the area is paragliding into the valley. 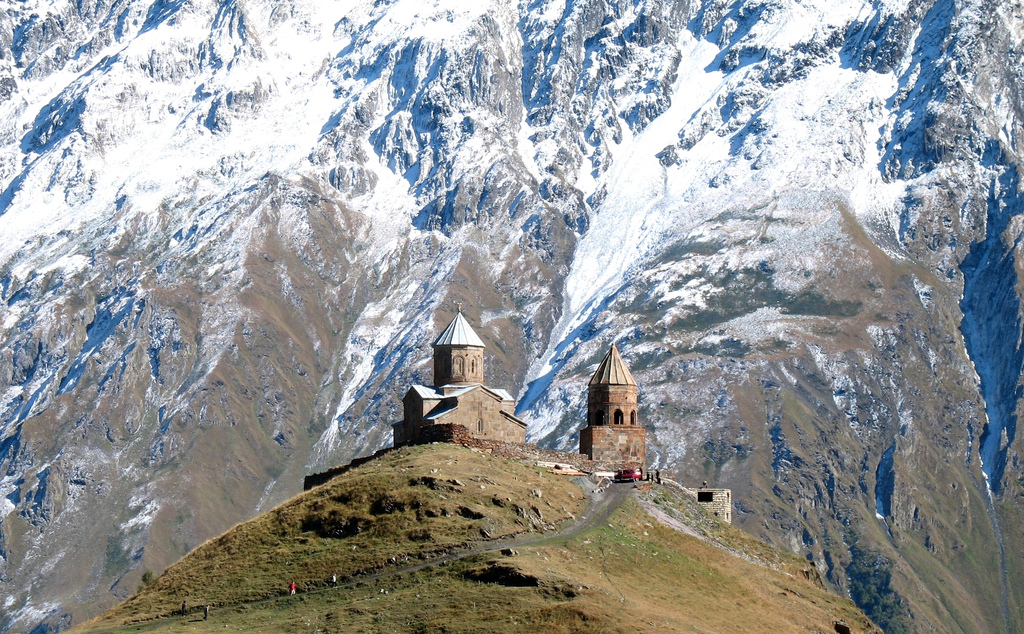 I’m particularly drawn to the modern aesthetics of the Rooms Hotel Kazbegi, a place that has risen rapidly to the top of my bucket list after seeing photos online. 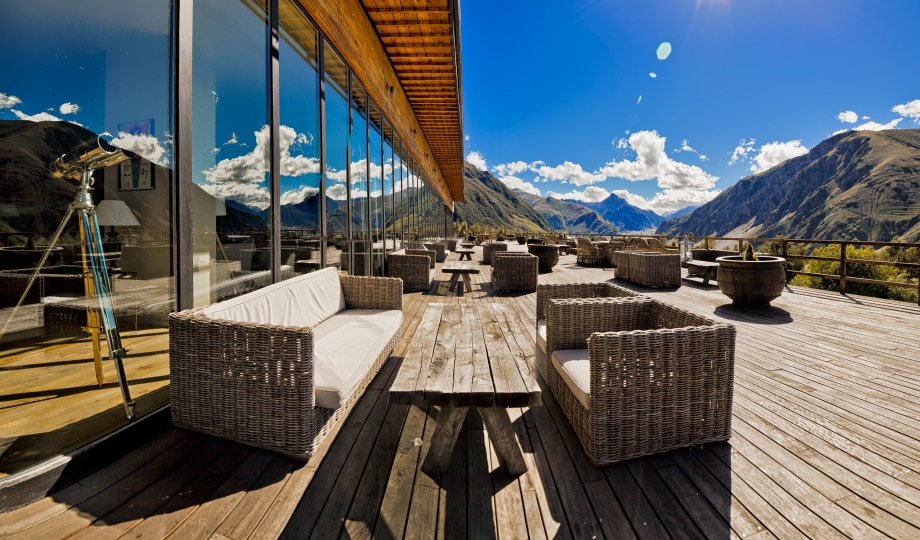 Just imagine having your morning coffee here with views of the mountain, as you prepare for your day of hiking, sightseeing, and adventures. 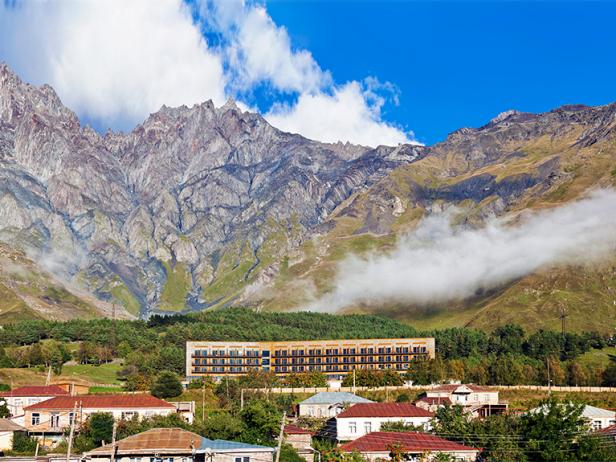 Small and unassuming, sitting just to the south of Croatia, you will find Montenegro. Once part of the former Yugoslavia, I’ll have to admit that if someone had mentioned Montenegro to me 2 years ago, I wouldn’t have had a clue where to find it on the map.  “Somewhere in Africa?” I might have asked.  I don’t remember what it was that brought Montenegro to my attention, but once I caught sight of the photos of the city of Kotor, nestled up against a bay and tucked within a dramatic fjord that wouldn’t look out of place in The Lord of the Rings, I knew it would be a place I would need to visit one day. 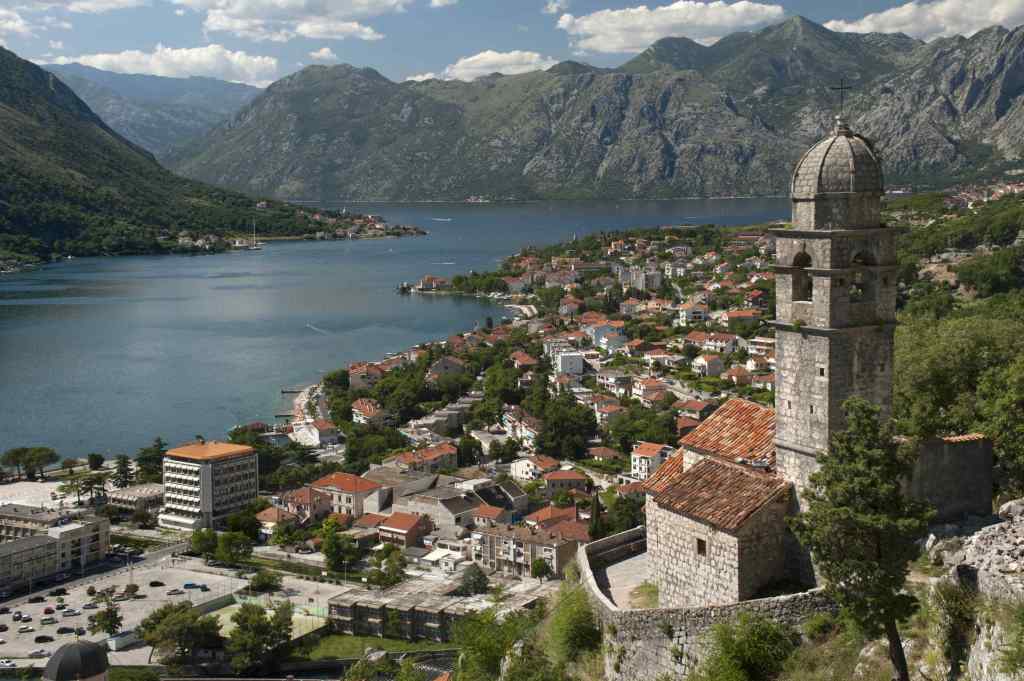 Situated high above the red tiled roofs of the city, the ruins of the old city fortifications can be reached by hiking up 1,350 stairs.  Once there you can wander among the crumbling ramparts, castles, towers, citadels, and gates that once served as the center of defense against invasions by the Ottoman empire. 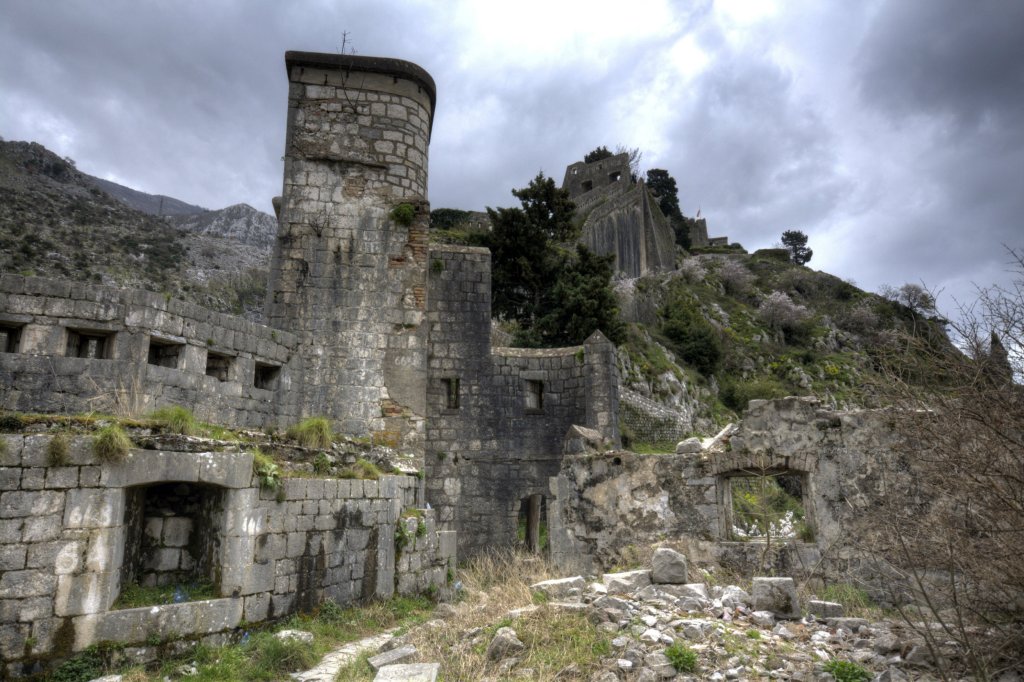 Not far from Kotor is the coastal city of Budva, sitting on the Adriatic sea.  Known as the Budva Riviera, you will find stunning white sand beaches and narrow cobblestoned streets lined by whitewashed buildings with red tiled roofs.  It gives off a very Mediterranean vibe, and gives me warm summer feelings just looking at the photos. 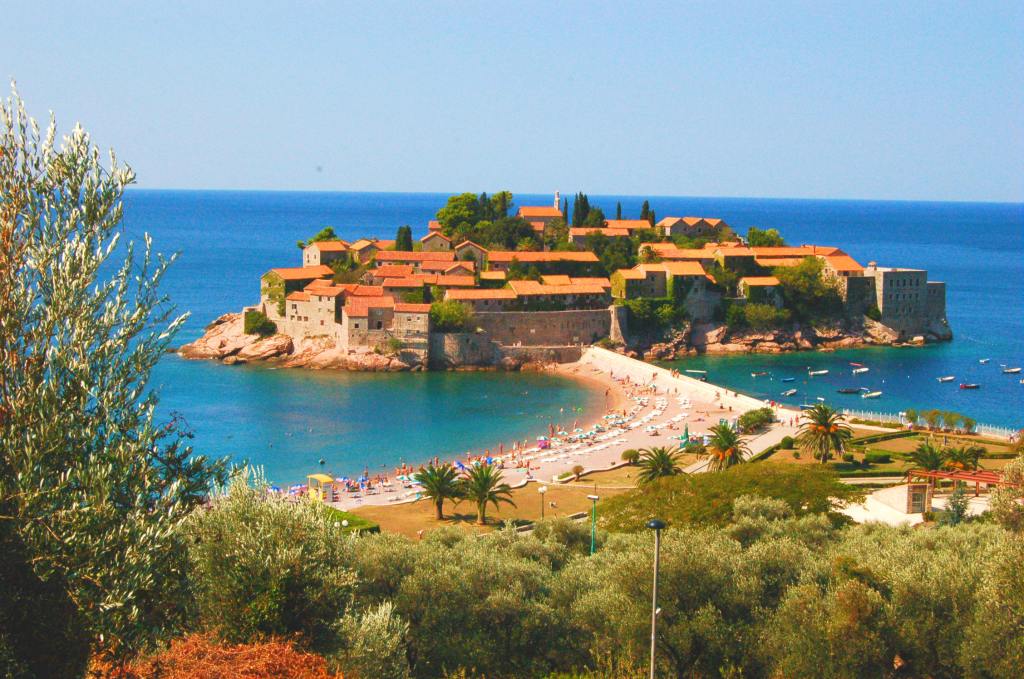 Going further inland, and just south of the Croatian border is the alluring Durmitor National Park, a mecca of stunning hikes and scenic drives for all the mountain lovers out there, and was designated as a UNESCO World Heritage Site in 1980. 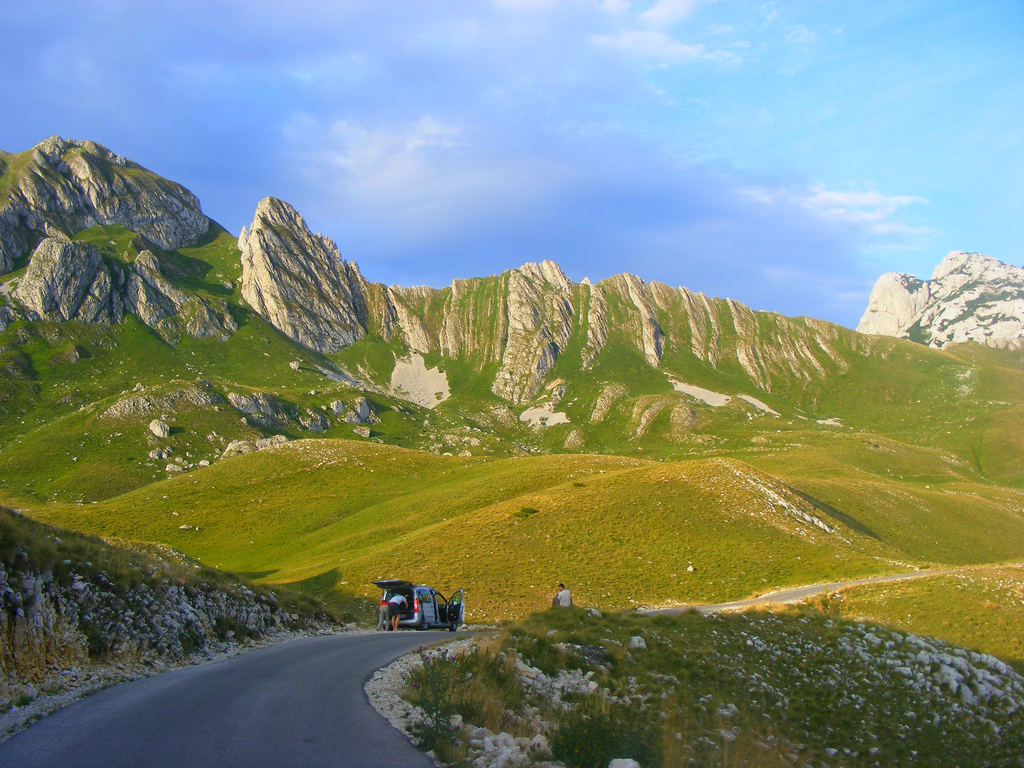 Montenegro would be a great addition to any Croatian road trip if you have a few days to spare, and is often combined with a visit through neighboring Bosnia and Herzegovina.

Not to be confused with the fictional country of Elbonia from the Dilbert comic strips, Estonia is a tiny eastern European country located on the Baltic Sea,  separated from Helsinki Finland by just a narrow body of water to its north, with Russia on its eastern border, and Latvia on its southern side. 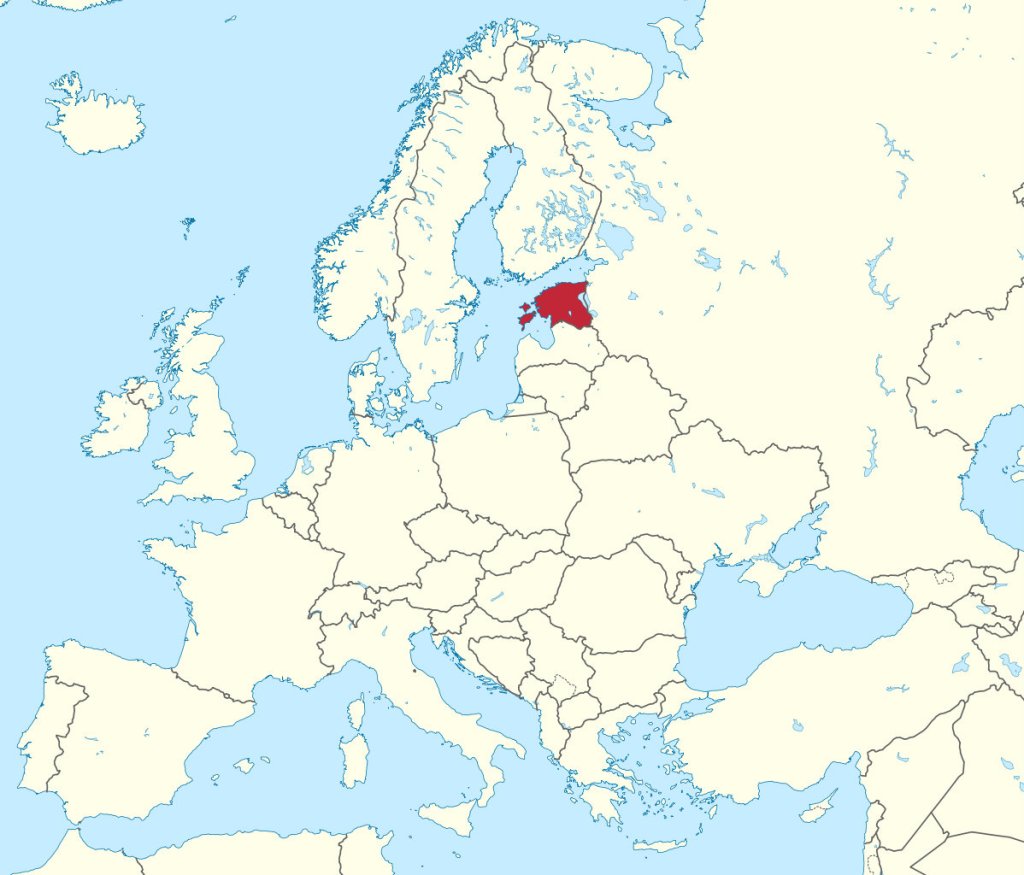 Estonia marks the only country on this list that we have active plans to visit – we will be staying in an apartment in Tallinn for 3 days at the tail end of our trip to Finland in December of this year in our quest to capture the northern lights. 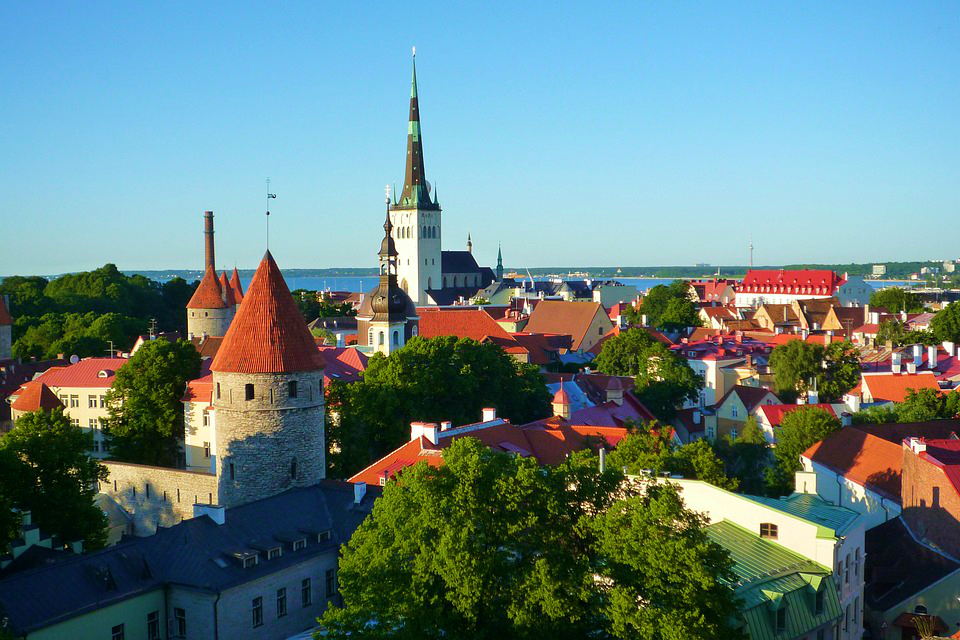 Tallinn, Estonia is the largest town in Estonia, and is a popular day trip destination from neighboring Finland for a couple of reasons.  Obviously the proximity makes it very convenient – only 30 minutes by plane, or 2 hours by ferry – but it is also significantly cheaper than notoriously pricey Finland.  It’s no wonder so many people come here for shopping and drinking for the afternoon before heading back to Helsinki for the evening. 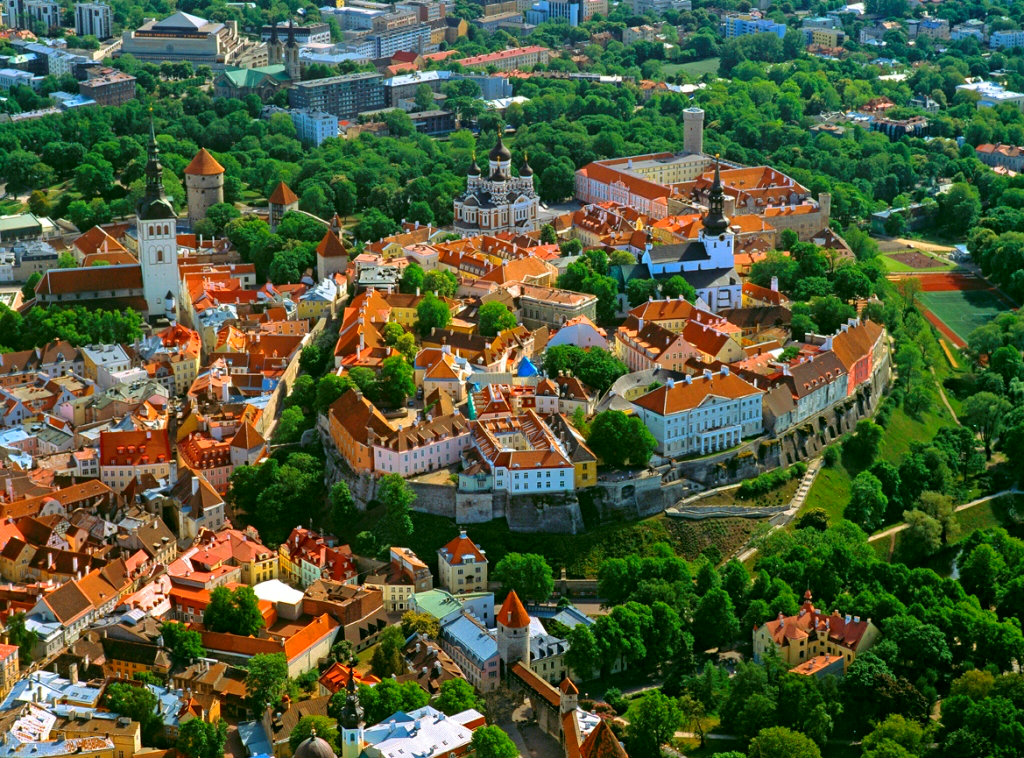 But to me, Estonia is worth so much more than just a few hours visit.  To begin with, Tallinn has an immaculately preserved medieval old town center (the best preserved in all of Europe to be exact) with very charming ancient architecture and a rich history to explore through the numerous museums and monuments.  Estonia is a former Soviet territory, and getting outside of the charismatic old walled city-center, you’ll find communist era architecture, all hard lines and angles.  The Estonia of today is very much a part of the modern era, and boasts a wireless internet network that puts much of the rest of the developed world to shame. 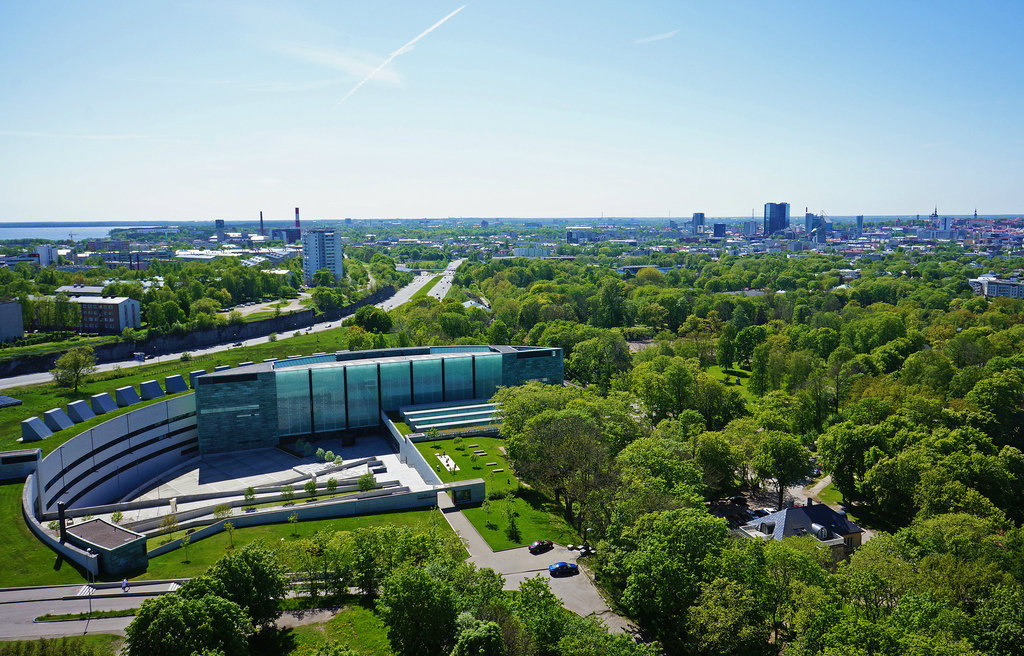 Outside of Tallinn, some other points of interest include the university town of Tartu, the oldest city in Estonia, dating all the way back to 1030 AD.  Being a university town, the average age here is relatively young, and this would be a great place to come and get your party on (if that’s your kind of thing) after a day of taking in the sights and history of the area. 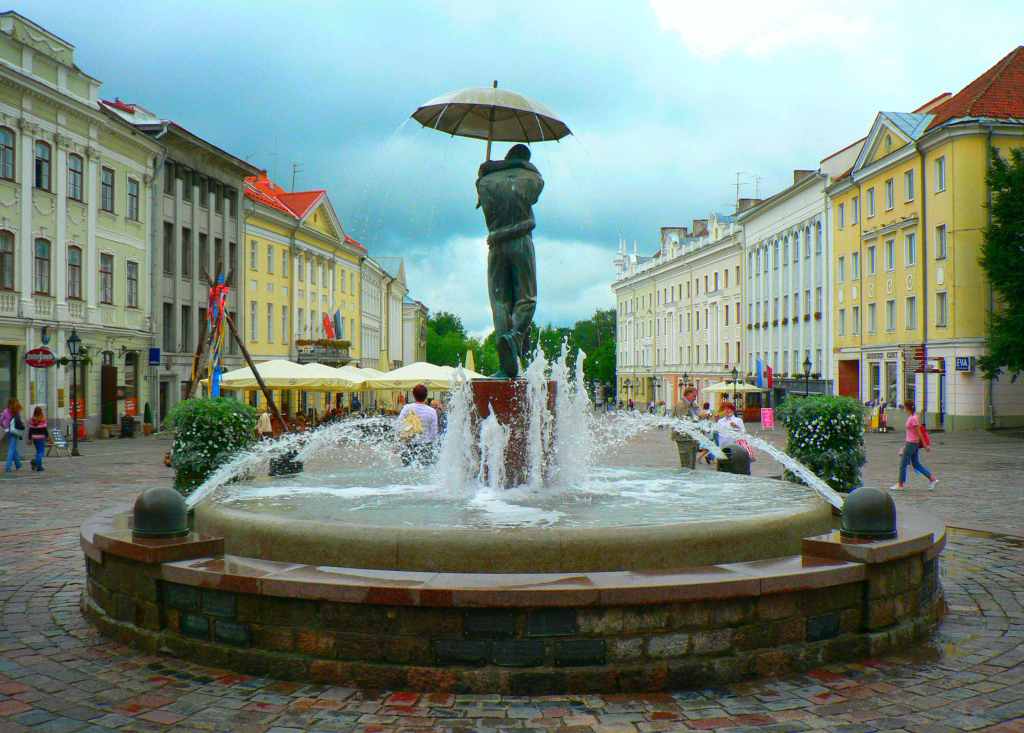 On its western shores, you will find numerous islands, to which many of the locals escape during the very short summers here for relaxation and recreation.  Just on the coast are the resort towns of Pärnu and Haapsalu, both of which boast white sand beaches, gorgeous ruins, and numerous spas for relaxing and unwinding on the weekends.

Estonia is definitely worthy of your time, especially if you’re looking to get away from the usual crush of crowds that overtake much of Europe during the summer and winter holidays, while not sacrificing that old world charm and character found in so many other places that are more on the trodden tourist tracks.

Much like Nicaragua, which we visited earlier this year, Bosnia is another one of those countries embroiled in war and turmoil during my younger days.  I remember Bosnia, Serbia, and Kosovo constantly being in the news during the early and mid-nineties for their bloody territorial wars and genocides going on during that era of time.  My young age prevented me from really understanding what was going on, I just knew that it sounded very dangerous.  Those struggles have ended now around two decades ago, and this part of the Balkans is now a peaceful, welcoming corner of the world overflowing with charm and friendly locals.

One of the cultural capitals of the country is the small city of Mostar, which is renowned for its beautiful bridge, Stari Most, bombed into oblivion during the 1993 Croat-Bosniak war, but lovingly restored to its former glory. 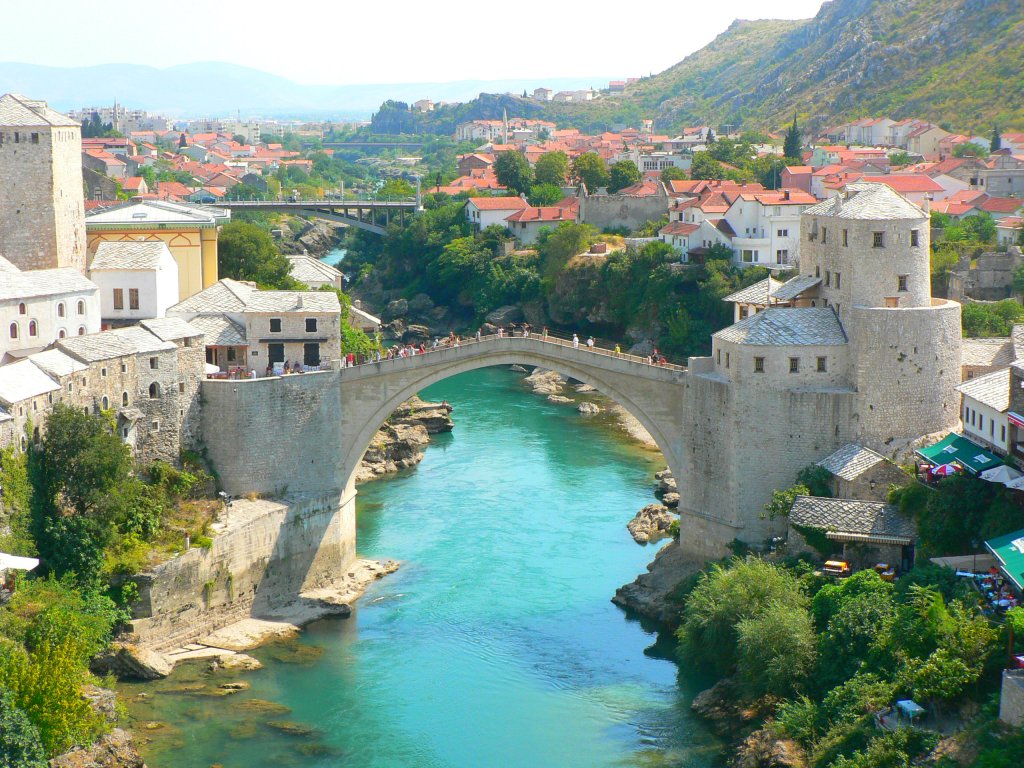 In the summers, the bridge serves as the (literal) jumping off point for a number of divers, as part of a tradition in which young Bosniaks leap into the icy cold blue waters of the Neretva river for tips from the apex of the bridge. 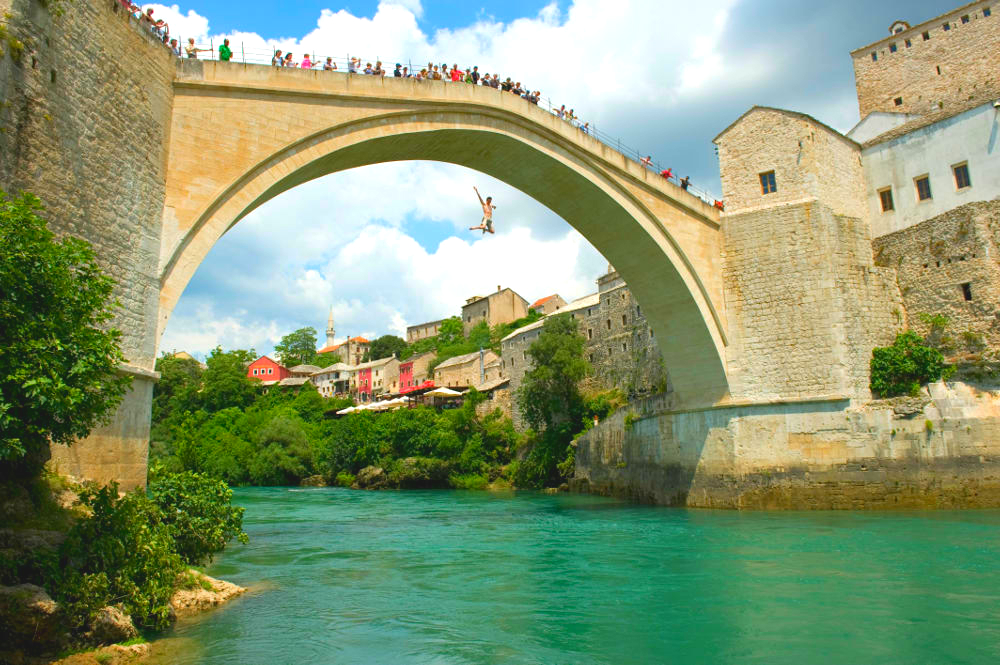 The town of Mostar still bears many of the scars from its most recent war with Croatia, but still retains all of its charm. 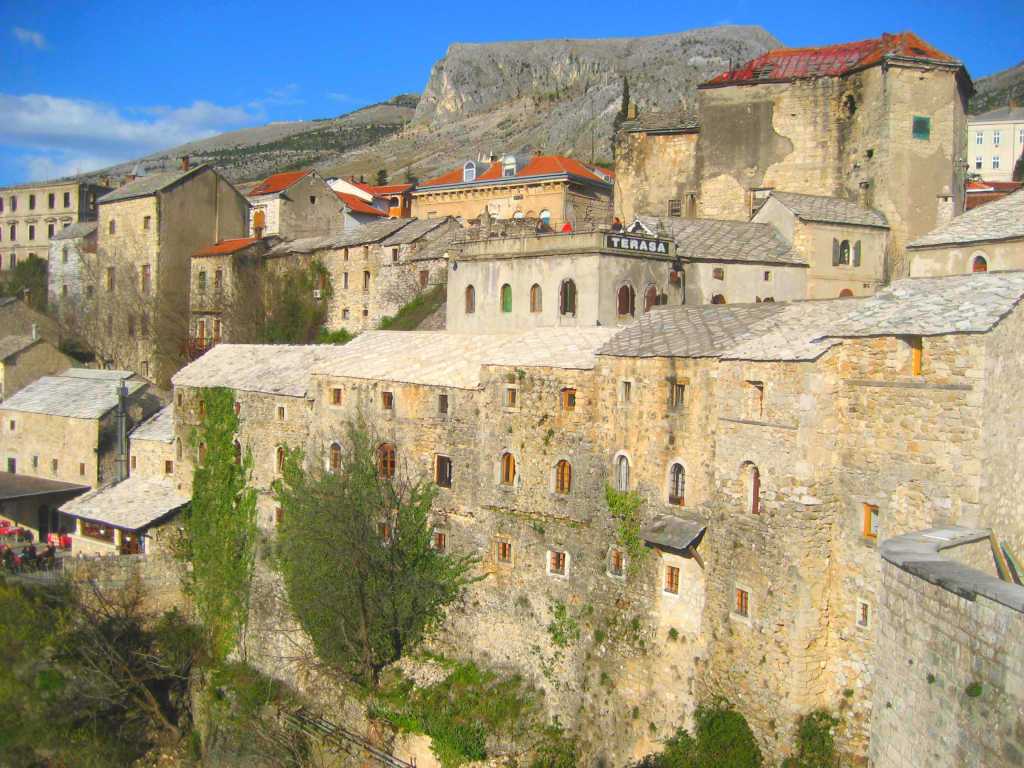 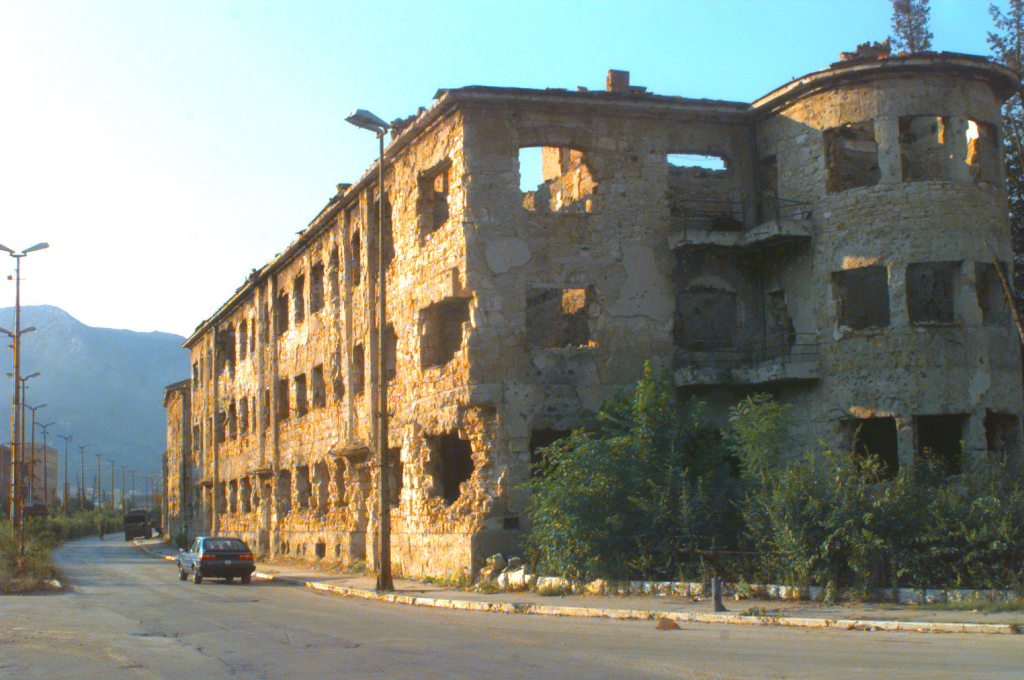 Bosnia and Herzegovina can be easily added in to an Eastern European itinerary, with a quick connection from your starting point in either Croatia or Montenegro.

Craving the epic fjords and landscapes or Norway, but trying to avoid the tourist crush?  Gros Morne National Park in Newfoundland, on the eastern coast of Canada might be right up your alley.  A UNESCO world heritage site, Gros Morne will charm you with its mountainous landscape, and keep you active and happy with numerous scenic hiking trails throughout.

Of particular interest here is Western Brook Pond, with its sweeping vistas and idyllic setting that will give Norway a run for its money. 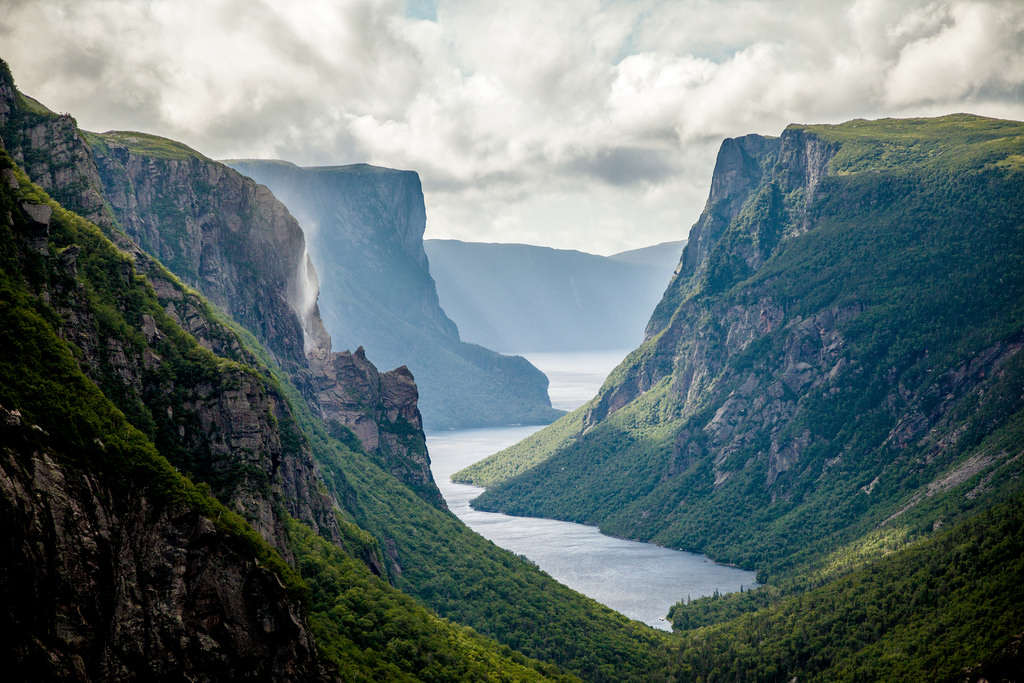 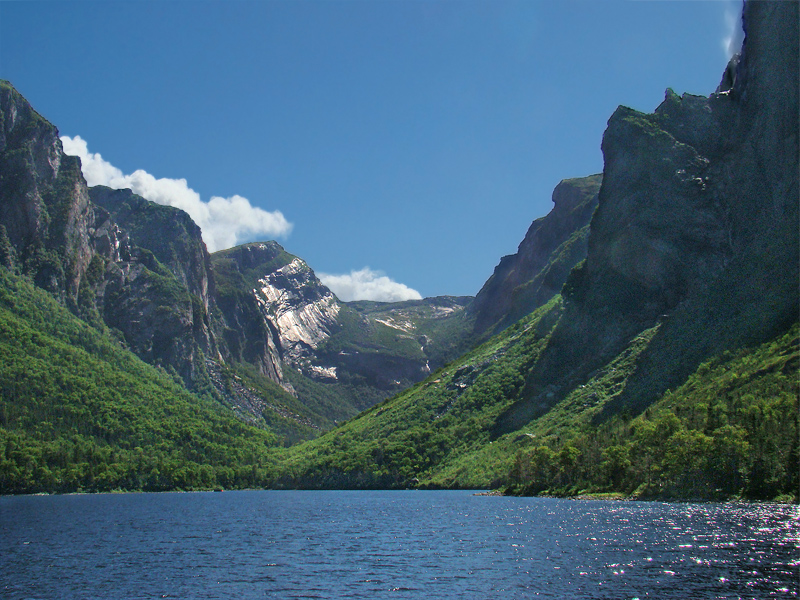 You would find it well worth your time to take a boat tour out onto the lake to really get a feel for the immense scale of your surroundings. 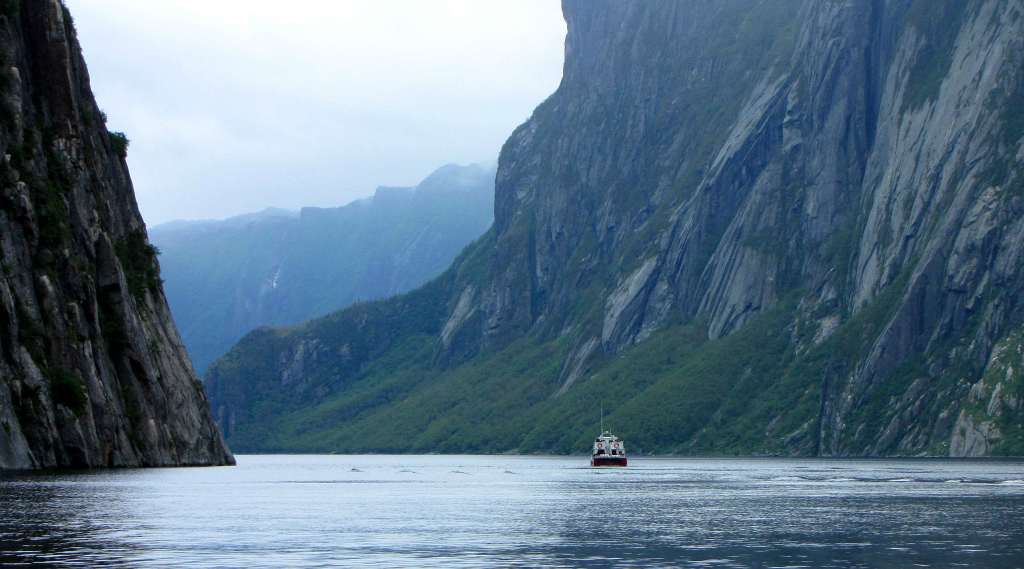 You can choose to stay in a charming B&B in one of the nearby villages during your stay here, or if you’re the type, there are many campsites throughout for public use.  For the traveler that enjoys the great outdoors, the possibilities in Gros Morne are endless.

Do you have a hidden gem that you love?  Let me know down in the comments!